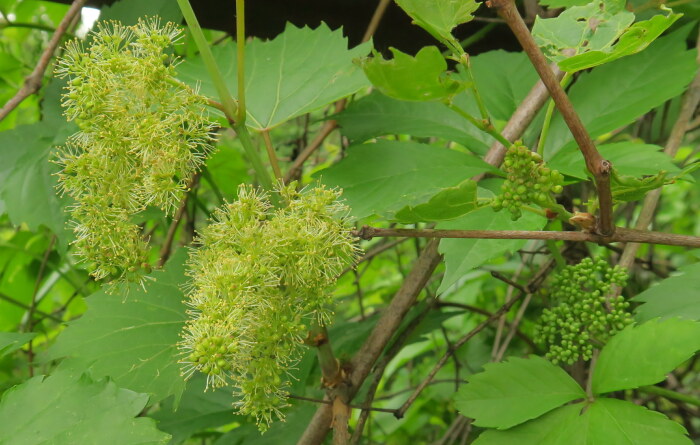 If you've walked along a woodland edge or near running water lately, you may have encountered a perennial woody vine that is "very valuable as a source of cover and food to many insects and animals."

Wild grape (Vitis riparia) is also known as riverbank grape, because it often grows near rivers or streams. According to the Illinois Wildflowers site, it can do well in prairies near woods or water sources and thrives on disturbed ground, such as areas near railroads. Minnesota Wildflowers notes,

Some consider Riverbank Grape a weedy pest, sometimes creating dense masses and smothering other plants and even small trees. Though it can become aggressive along woodland edges and other disturbed areas where seed is spread, it is typically better behaved in the shadier riverbanks and mature forests where it competes well with other forest species.

I took most of the pictures enclosed below along North Walnut Creek in Windsor Heights in late May.

Wild grape vines stay close to the ground in open areas, but I usually see them climbing trees, shrubs, fences, or bridges. Here's a tangled mess of wild grape and Virginia creeper vines growing on a footbridge that crosses the creek. 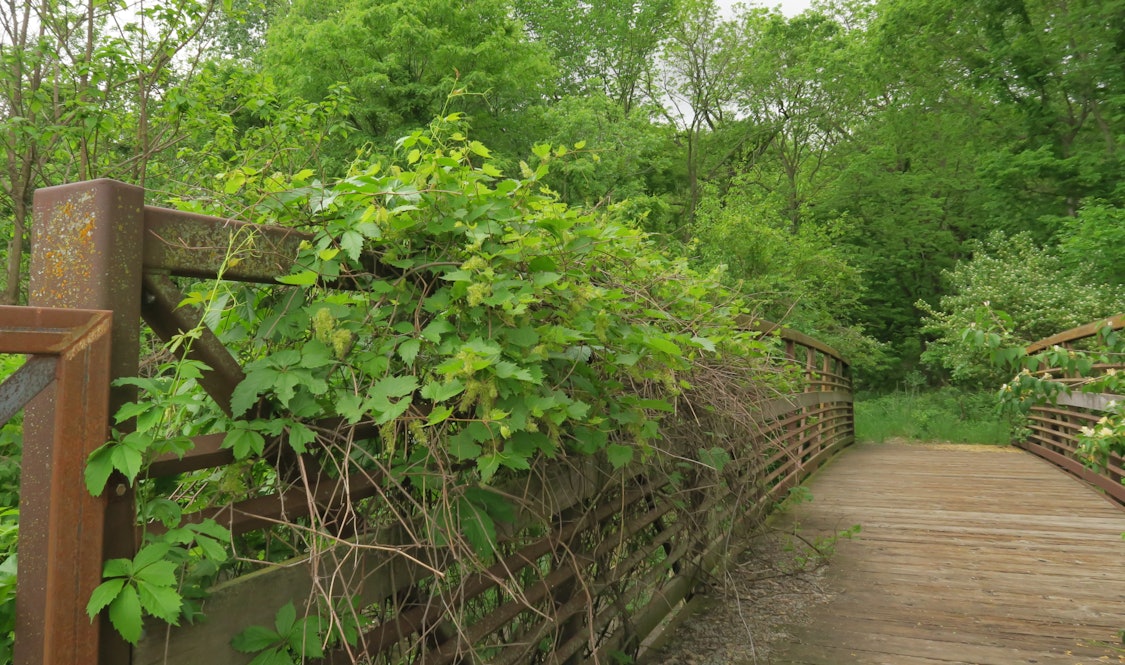 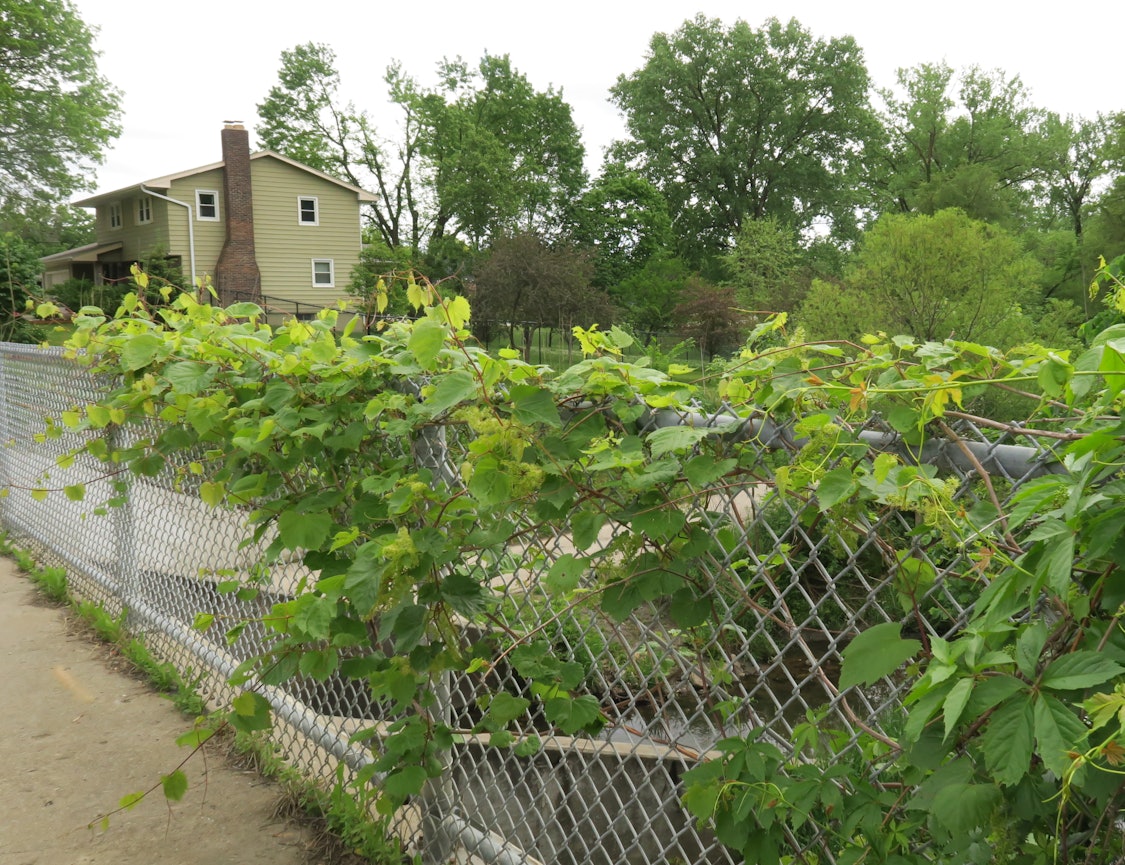 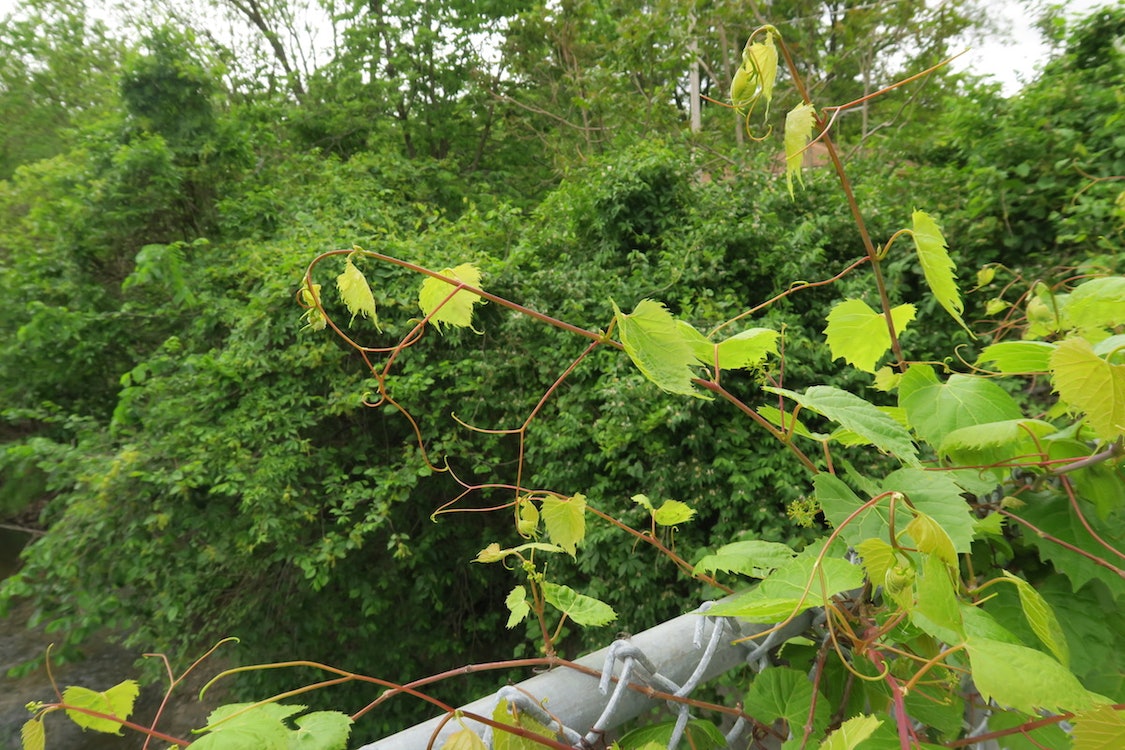 Wild grape flowers can be male or female. They are "typically on the same plant, mixed in a cluster or separate," the Minnesota Wildflowers website explains.

Male flowers have 5 long, pale, erect to ascending stamens around a tiny button center. Female flowers have a short, stubby style and 5 short stamens that are usually sterile and somewhat contorted.

The female flowers are on the left. 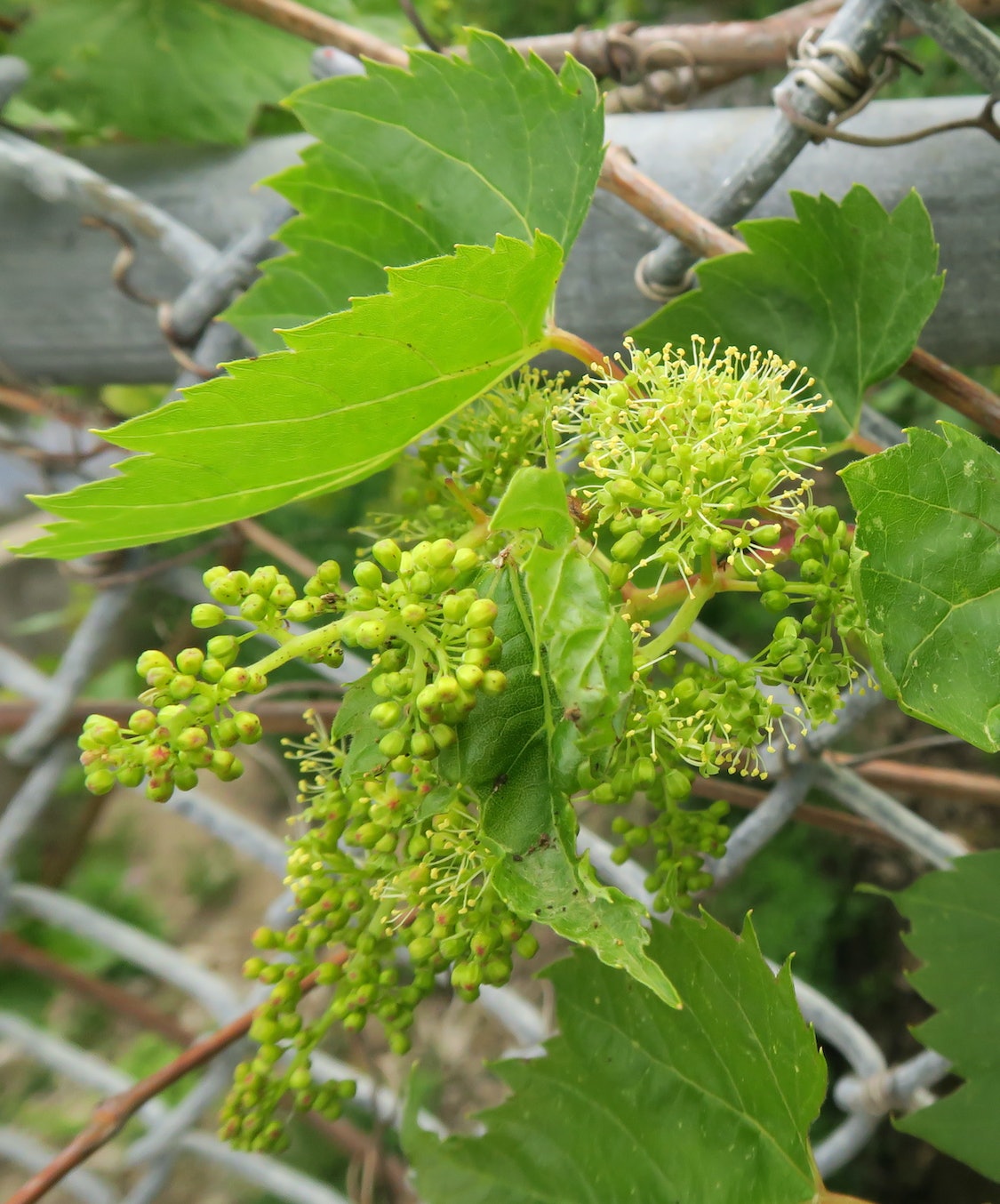 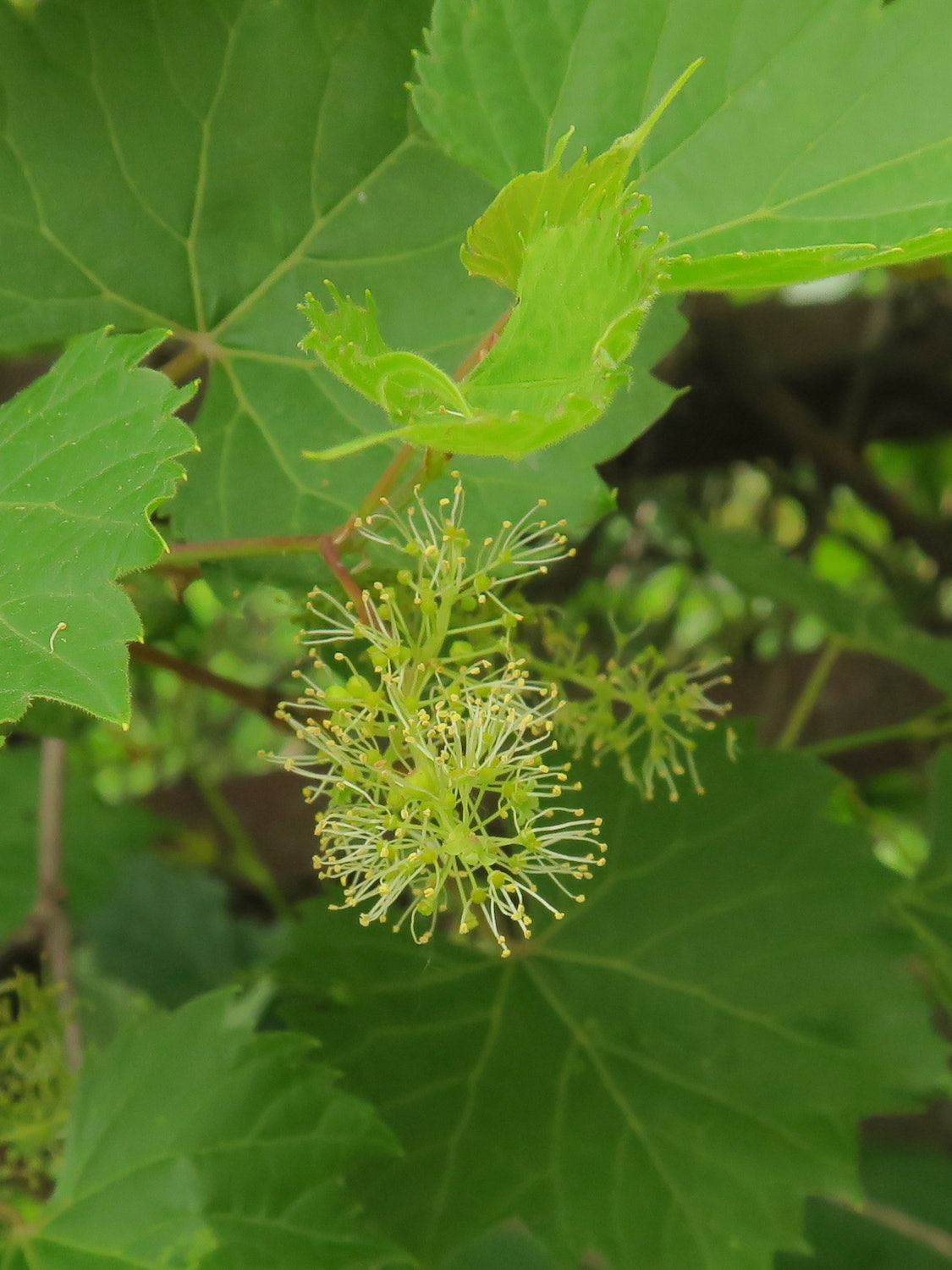 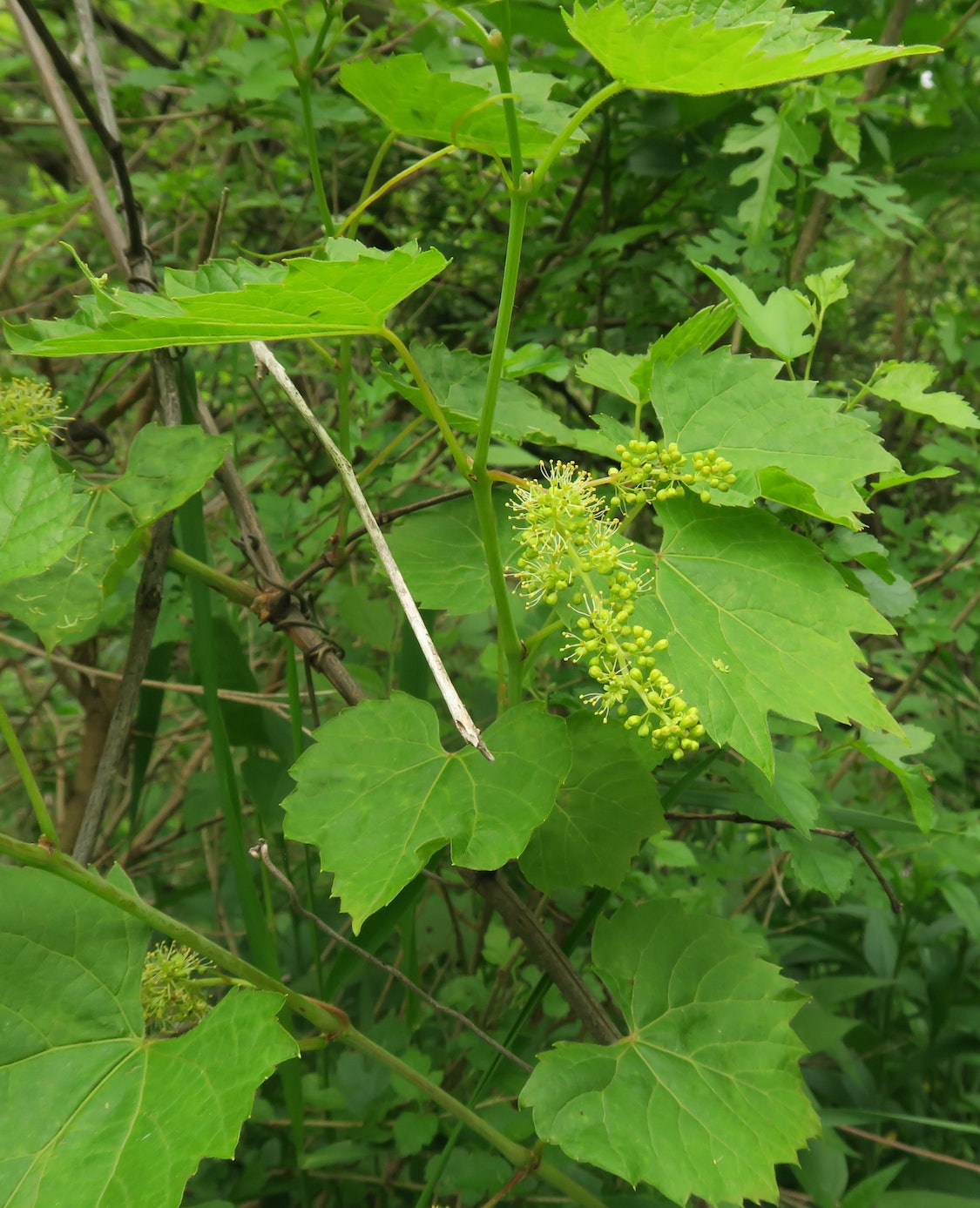 Flowers were blooming on one part of this vine a couple of weeks ago, while buds close by had yet to open. Some leaves in the background and lower right corner belong to a Virginia creeper vine. 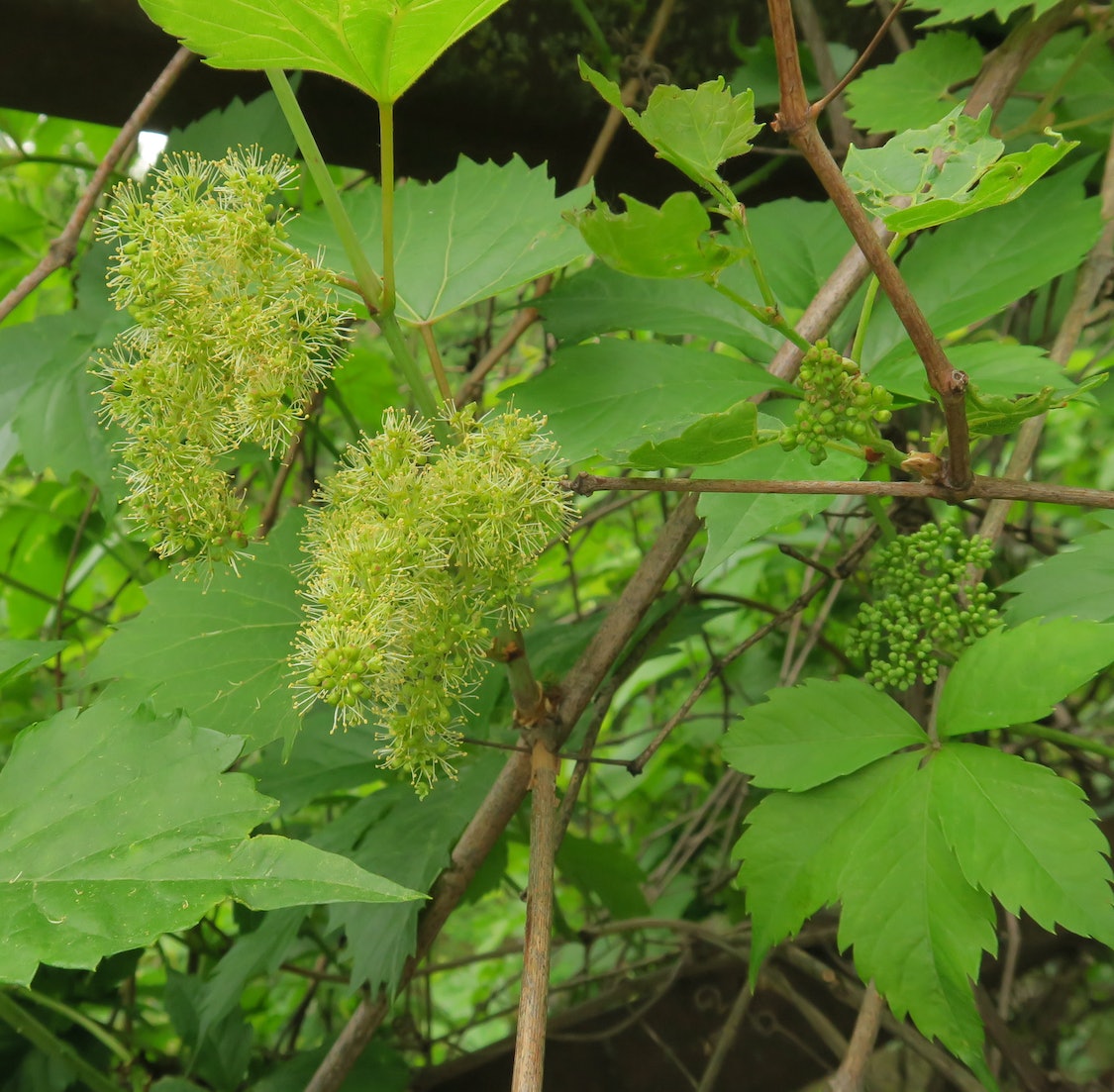 This evening I took this picture of fruit developing on one of the vines. 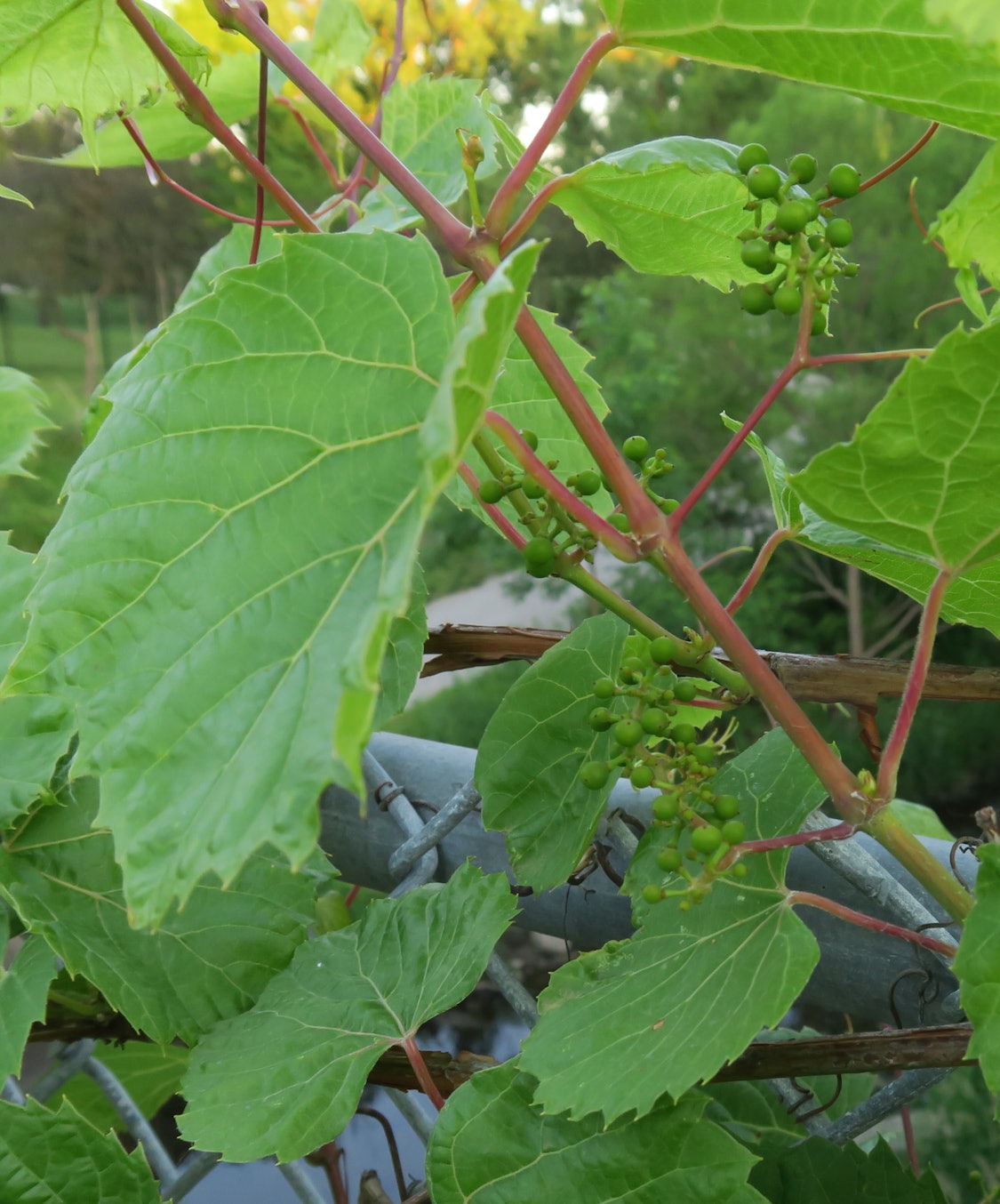 Mary Riesberg recently photographed grapes developing on a vine in Hancock County, Illinois. That's just across the Mississippi River from Lee County at Iowa's southeastern tip, where plants are usually several weeks ahead of what I see in central Iowa. 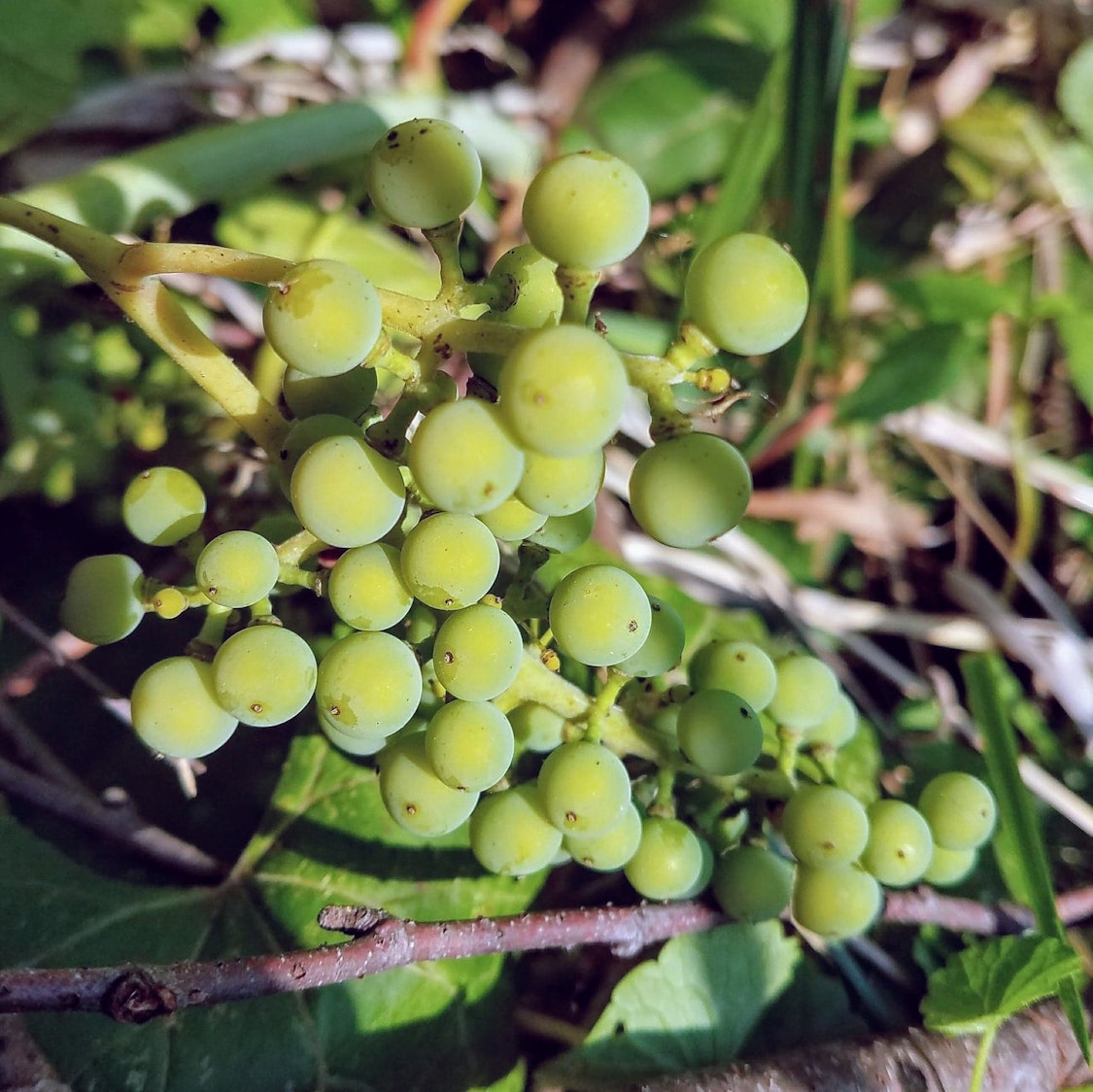 The fruit turns blue and almost black as it ripens. I took the next picture in July 2012. Spring came exceptionally early that year, so these grapes were ripening long before I normally see them. I leave grapes for the birds, but some foragers harvest them to eat fresh or dried, or to make into jam. Apparently wild grape "Berries are often sour until after a frost, then turn more sweet-tart." 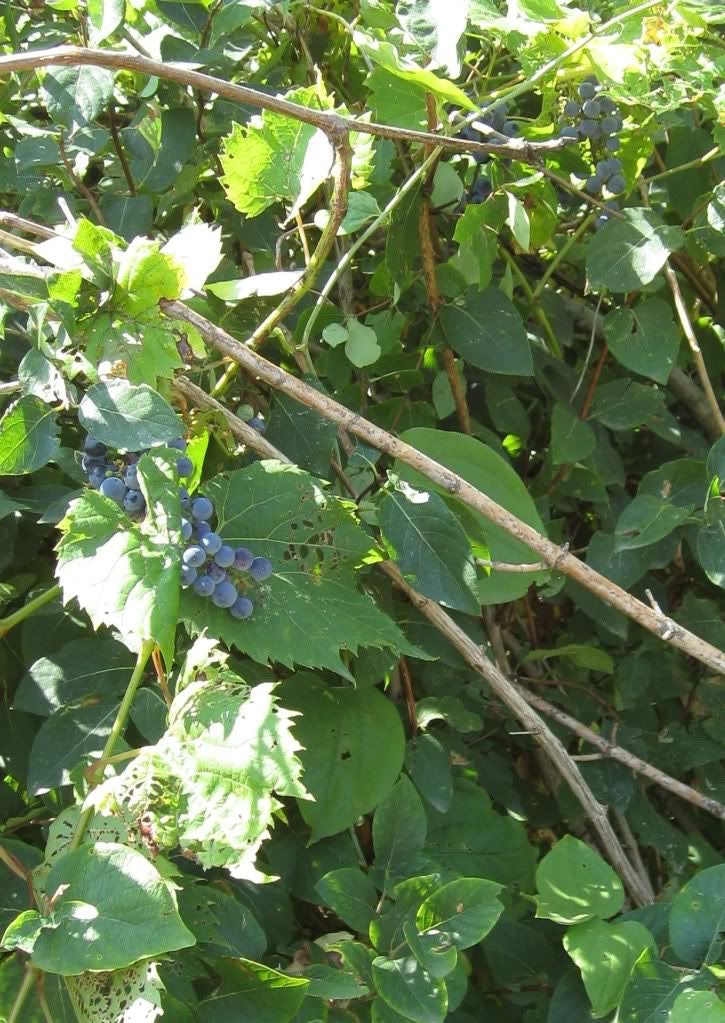 In my experience, birds pick wild grape vines clean. However, Lora Conrad shared this striking photograph of a wild grape vine she found with some fruit still attached in the winter. 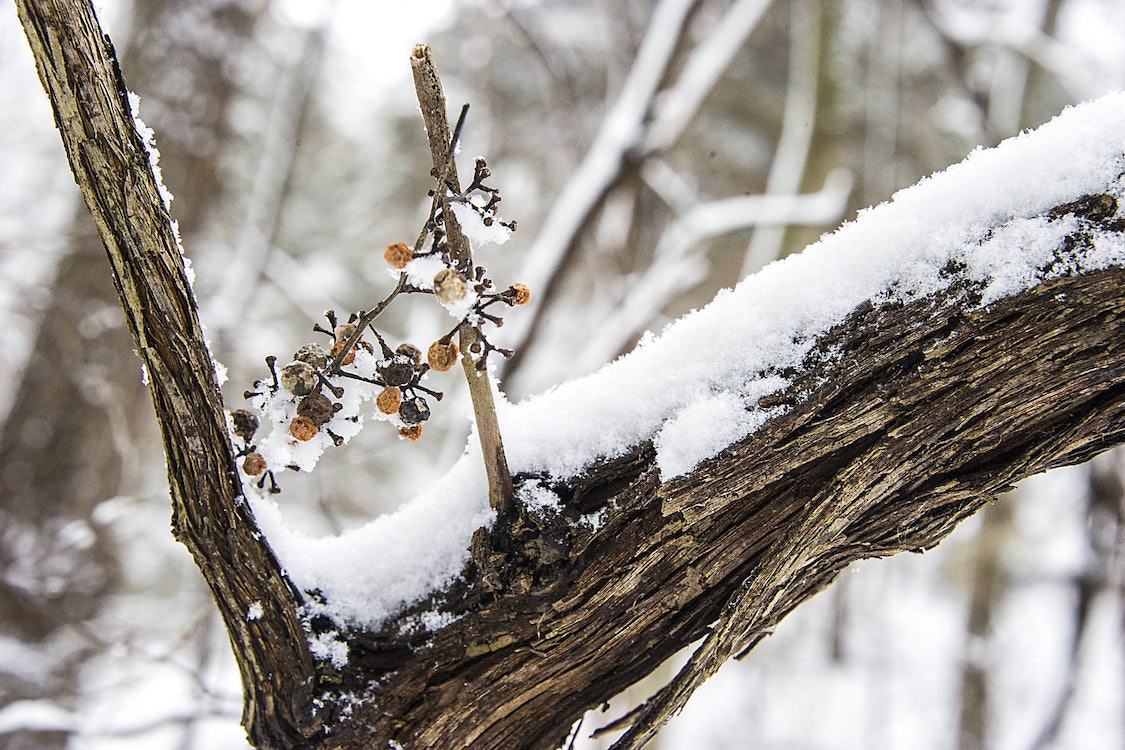