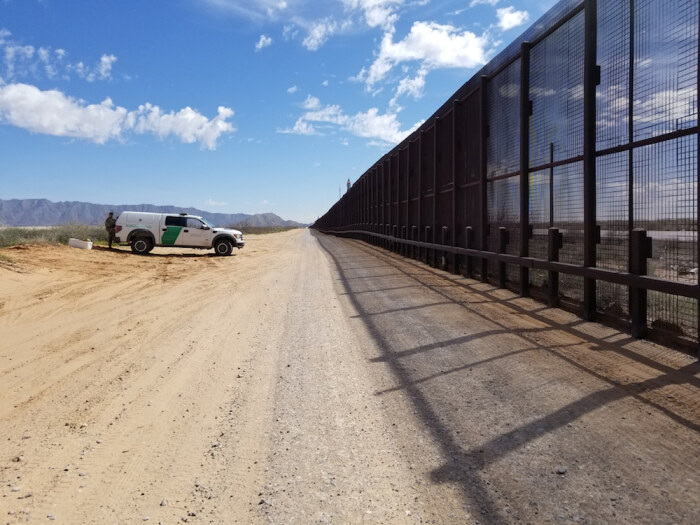 Who will pay for Iowa troopers' Texas deployment?

State officials have not yet determined how an unprecedented deployment of 25 to 30 Iowa state troopers to Texas will be financed, Iowa Department of Public Safety spokesperson Debra McClung told Bleeding Heartland.

Governor Kim Reynolds announced on June 24 that she approved the Texas governor’s request for help in unspecified border security efforts. She’s authorized to do so under the interstate Emergency Management Assistance Compact.

While the Iowa National Guard has often been deployed to other states, this kind of work is beyond the scope of state troopers’ normal duties. McClung confirmed, “We are not aware of any Iowa State Patrol deployments outside of the state over the last 24 years since Iowa joined the EMAC.”

The public safety department has declined to clarify where the state troopers will be sent or what they will be doing, saying they “are not at liberty to share any mission-specific information.” They expect the deployment to last for about two weeks. McClung said the patrol “solicited volunteers and will complete this mission with Troopers who expressed a willingness to participate.”

Asked who would be paying for the out-of-state deployment, McClung said in a June 29 email,

Normally through an EMAC, responding states seek reimbursement from the requesting state. However, the governors of Texas and Arizona and the Texas Department of Public Safety requested that any state providing resources waive cost recovery. Governor Reynolds has expressed a desire to grant the waiver. Expenses for this mission will not be calculated until it has fully concluded, and discussions regarding payment structures are ongoing.

I sought further clarification after South Dakota officials announced that a private donation (reportedly from a Tennessee billionaire’s foundation) would cover the cost of sending that state’s National Guard personnel to the Texas border. Was a similar funding model on the table for Iowa? McClung replied on June 30,

The governor’s spokesperson Pat Garrett did not respond to emails asking whether Reynolds has solicited or considered soliciting private donations to pay for sending state troopers to Texas.

Reporting on the deployment for the Associated Press, Ryan Foley noted that the troopers going to Texas would make up “about 5% of the state’s approximately 550 sworn officers.” The July 4 weekend is known to be a peak time for traffic accidents and fatalities, with many people taking road trips and some driving drunk after holiday celebrations.

When announcing the deployment, Reynolds said she had received “assurances from the Iowa Department of Public Safety that it will not compromise our ability to provide all necessary public safety services to Iowans.” McClung echoed that message, saying the “size of the deployed team and the short duration of the deployment will be similar in scope to our commitment to other special assignments, such as RAGBRAI and the Iowa State Fair.”

She would not specify how many state troopers will be working on Iowa highways over the July 4 weekend and how that number compares to a typical year. “For officer safety purposes we don’t release strategic mission information, but the Patrol will be fully staffed this weekend,” McClung said. “We are confident the public safety needs of Iowans will not be compromised by the temporary absence of deployed Troopers.”

Many commentators have noted the irony of Reynolds claiming “Iowa has no choice but to act” by sending state troopers to handle southern border problems, only a few months after refusing a federal request to help house refugee children. “This is not our problem,” Reynolds said on a conservative radio show in April. “This is the president’s problem. He’s the one that has opened the border and he needs to be responsible for this and he needs to stop it.”

“My first responsibility is to the health and safety of Iowans and the humanitarian crisis at our nation’s southern border is affecting all 50 states,” said Gov. Reynolds. “The rise in drugs, human trafficking, and violent crime has become unsustainable. Iowa has no choice but to act, and it’s why I am honoring Texas’ Emergency Management Assistance Compact following assurances from the Iowa Department of Public Safety that it will not compromise our ability to provide all necessary public safety services to Iowans.”

In May, there were roughly 180,000 border encounters, a 20 year high. According to U.S. Customs and Border Protection (CBP), in March of 2021 there was a 233% increase in fentanyl seizures from the previous year. In May, that year over year increase climbed to 300%. In Iowa, law enforcement officials are recovering drugs, illegal narcotics, and weapons being smuggled across the nation’s southern border by drug cartels.

According to the Iowa Department of Public Safety, in the first quarter of 2021, Iowa saw the highest amounts of methamphetamine seized in any one quarter since 2018. Compare that to May of 2020 when both the purity and seizure of methamphetamine dropped significantly when the border was completely closed during the COVID-19 pandemic. As for Fentanyl, Iowa saw 532 grams seized in January – May of 2020. Over that same time period in 2021, roughly 6,641 grams of Fentanyl was seized, an increase of roughly 1,148%.

The Iowa National Guard (ING) is also currently conducting a mission with 24 soldiers from the Unit 2/34 IBCT to assist law enforcement agencies at the southern border, per an October 2020 request from the federal government under Title 10 active duty mobilization orders.

On June 10, 2021, Texas Governor Greg Abbott and Arizona Governor Doug Ducey formally requested law enforcement support from all 50 states. This request was made through Iowa’s existing EMAC, a national interstate mutual aid agreement that enables states to share resources during a disaster. More information about EMAC can be found here.

The state of Iowa joins Florida, Nebraska, and Idaho, in sending law enforcement to the southern border to assist Texas and Arizona.