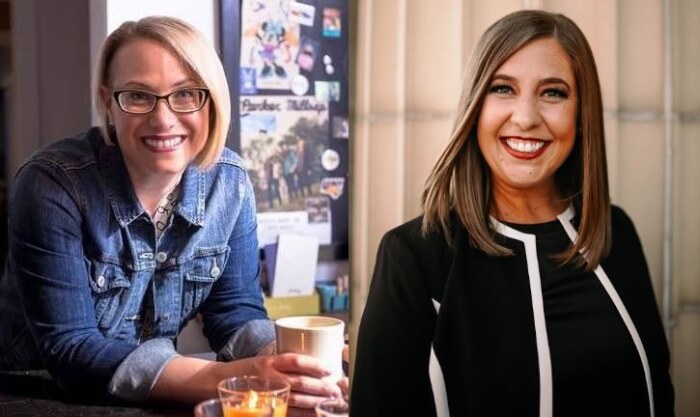 Catching up on some news from before the holiday weekend: a competitive Democratic primary is shaping up for an open Iowa Senate seat covering part of Cedar Rapids. Four-term State Representative Liz Bennett confirmed on June 30 that she will run for the district that State Senator Rob Hogg has represented since 2007. Hogg won't seek re-election in 2022, he announced last month. Iowa has yet to adopt a new political map, but this district will cover some part of the city of Cedar Rapids.

Bennett is the ranking Democrat on the Iowa House Economic Growth Committee and a member of the Human Resources, Natural Resources, and Information Technology committees, as well as the Transportation, Infrastructure and Capitals Appropriations subcommittee. Having won four previous state legislative races, she will be the early favorite in the Iowa Senate primary.

Bennett is also the first out LGBTQ woman elected to the Iowa legislature and the only out LGBTQ person now serving at the statehouse. Only one out LGBTQ person has ever served in the Iowa Senate: Matt McCoy, who did not seek re-election in 2018.

Sami Scheetz, who had also announced plans to run for the Iowa Senate next year, endorsed Bennett to succeed Hogg on July 1 and decided to run for the House seat Bennett will be vacating. To my knowledge, Scheetz is the only declared candidate for that race, and his strong early fundraising (nearly $20,000 in the first two weeks) may deter other prospective contenders. Linn County Supervisor Stacey Walker is chairing Scheetz's campaign. Other supporters include former State Representative Nate Willems.

Both Bennett and Oxley endorsed Elizabeth Warren for president in 2019. Bennett had caucused for Bernie Sanders in 2016. Scheetz worked as the Iowa Constituency Outreach Director for Sanders' 2020 campaign.

To keep up with the candidates:

Bleeding Heartland welcomes guest commentaries by Democratic candidates for Iowa offices, or by their supporters. Guidelines for authors endorsing candidates in Iowa Democratic primaries can be found here.

LATE UPDATE: In October 2021, Oxley announced that she will run for an open seat on the Linn County Board of Supervisors, leaving Bennett as the only declared candidate for what will be the new Senate district 39.

Hiawatha, Iowa – Four-term State Representative Liz Bennett has announced that she will seek the Iowa Senate District 33 seat, which will be open upon Senator Rob Hogg’s retirement.

In her announcement at Linn County Democrats’ monthly meeting, Bennett stated: “Iowans deserve a fair shot. The basic agreement in our society is that if you work hard, you should be able to succeed. Too many Iowans struggle with low wages, high medical costs, and underfunded public schools. I’m running for Senate because now, more than ever, everyday Iowans need an experienced, progressive voice fighting for them.”

Separately, Bennett commented on the large amount of community support she has received since announcing earlier this week that she was exploring a run.

First elected in 2014, Rep. Bennett is the first out LGBTQ woman to serve in the Iowa Legislature. Currently serving as the top Democrat on the House Economic Growth committee, Bennett has also served on the House Judiciary committee, Veterans Affairs committee, Natural Resources committee, Human Resources committee, and most recently, the newly-formed Information Technology Infrastructure committee. Bennett has served on the Governor’s STEM Advisory Council and has mentored young women as Faculty-In-Residence for the University of Iowa’s N.E.W. Leadership program.  On the nationwide level, Bennett has served as Secretary of Energy on the Young Elected Officials Network America’s Cabinet project. A graduate of Cornell College, Bennett has over 10 years of experience in the tech sector and currently works for internet company Wix.com.

Citizens can learn more at www.lizbennett.com.

Breanna Oxley is announcing her campaign to represent District 33 in the Iowa State Senate.

Oxley is a Cedar Rapids resident who will be a powerful advocate for everyday Iowans. Drawing from a deep well of professional, personal, and civic experiences, she will emphasize commonsense Iowa values of respect, compassion and pragmatism in addressing the needs of the district and the state.

Oxley has been a public school teacher for nearly ten years in the Cedar Rapids and Dubuque school districts. She understands the multitude of challenges confronting students and their families, which have grown more pronounced during the pandemic.

Oxley is keenly aware that Iowa needs to quickly and effectively navigate a rapidly evolving 21st century economy that increasingly relies on cutting-edge technologies. Education and innovation, Oxley believes, are critical to Iowa remaining in the forefront of a wide-range of fields like sustainable energy sources that preserve the state’s pristine environmental resources and distinctive architectural history.

“I’m passionate about education,” Oxley says. “A strong educational system fosters great ideas that will secure Iowa’s financial future. I see Iowa’s future in the eyes of my students,” Oxley says. “I’m committed to helping them attain that bright future.”

Swati Dandekar, former Iowa State Legislator and former U.S. Executive Director at the Asian Development Bank, gives her endorsement for Oxley, “Breanna Oxley will focus on education and economic development because as an educator, she is truly aware of the importance of keeping our young people in Iowa.”

Oxley’s family has a long history of public service that goes back to her grandmother, Jean Oxley, who was the first woman elected Linn County Supervisor. Her grandfather, Myron ‘Mike’ Oxley, served as an Iowa State Representative and Senator.

“My family is a melting pot of diverse political views grounded in one unifying principle: respect for each other’s beliefs,” Oxley observes.

Oxley regularly gives of her time through various volunteer activities. These activities feature a variety of topics including recruitment and advocacy work.

“Ironworkers Local 89 is proud to endorse Breanna Oxley for State Senate District 33,” said Troy Sauter, Business Manager of Ironworkers Local 89. “Oxley has been a long time advocate for the Organized Labor movement. Oxley will make an excellent addition to the state legislature, as is evident through her activism within her Union, her dedication to her students, and her tireless work for the county party. Oxley has always been, and will continue to be a champion for all the working families across the state.”

Oxley’s goal in representing Senate District 33 is to forge successful collaborative partnerships in the state legislature. She believes they will be crucial to keeping Iowa competitive with the needs of a diverse and modern, tech-savvy workforce by focusing on the following:

Oxley has a Master’s degree in Teaching from Morningside College and a Bachelor’s degree in History from Loras College. She holds licensure in Secondary Education and Coaching.

Appendix 3: July 1 statement from Sami Scheetz on switching to the Iowa House race

Cedar Rapids, IA - Sami Scheetz, community organizer, Democratic activist, and candidate for Iowa Senate District 33 announced on Thursday that he will be withdrawing his nomination for the Iowa Senate. Instead, he will run for Iowa House District 65 to replace State Representative Liz Bennett, who announced this morning that she officially will be running for Senate District 33. Scheetz has offered Representative Bennett his full endorsement.

“Representative Bennett has served the people of District 65 for eight years, and has been a stalwart of progressive values in the Iowa Legislature,” said Scheetz. “Her decision to run for State Senate prompted me to shift my campaign efforts to the Iowa House, as I have a great deal of respect for her and believe she will be an excellent member of the Iowa Senate.”

Scheetz announced his candidacy for the Iowa Senate two weeks ago, garnering the support of several prominent progressive activists around the state. The groundswell of support helped Scheetz raise nearly $20,000 for his effort, all of which will be transferred to his State House campaign.

“Education, healthcare, and workers’ rights will be the three pillars of my campaign,” Scheetz said. ““Iowa used to be a place where if you worked hard and played by the rules, you could make it in life. We know that’s no longer the case, and that is what we must change. Hard-working Iowans deserve a fair shake.”

Learn more about the campaign at www.samischeetz.com.