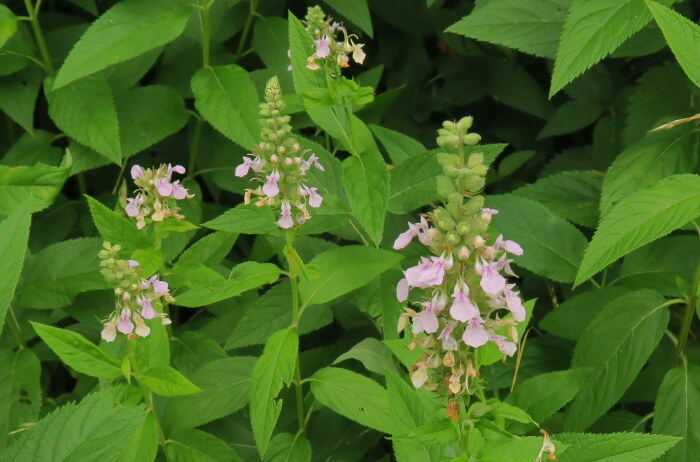 Although much of Iowa is in drought, one plant that thrives in moist habitats seems to be abundant this year, at least in central Iowa. American germander (Teucrium canadense), also known as Canada germander or wood sage, often grows in "moist thickets, ditches, woodland edges, [or] along streams." I usually see it blooming by July 4, and the flowering period lasts for at least a month.

According to John Pearson of the Iowa Department of Natural Resources, Teucrium canadense is the only germander species that is native to Iowa. Eight other species of germander are native to North America, and gardeners may grow some of them successfully in our state.

I took most of the pictures enclosed below near North Walnut Creek, which runs through Urbandale and Windsor Heights.

Botanically accurate descriptions of Canada or American germander foliage, flowers, and fruit can be found on the Illinois Wildflowers, Minnesota Wildflowers, or Friends of Eloise Butler Garden websites.

Here's a view of the foliage before buds appear. Minnesota Wildflowers explains that germander develops a "Spike-like raceme of stalked flowers at the top of the stem, elongating as the plant matures with flowers open near the tip and fruit forming below." This image shows a raceme developing near the top of the frame. Near the bottom, flowers have already finished blooming. 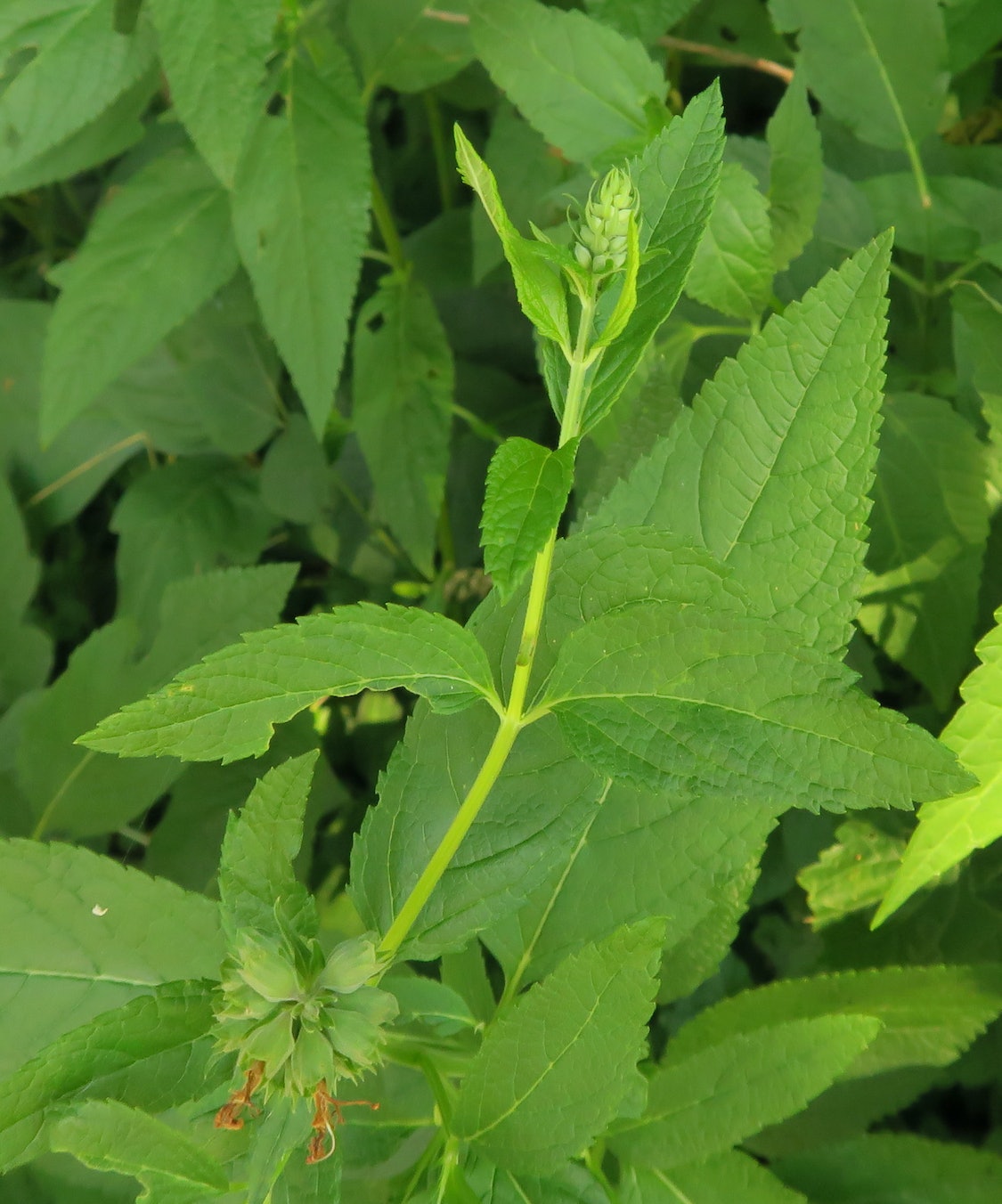 This plant has an unusually short raceme. 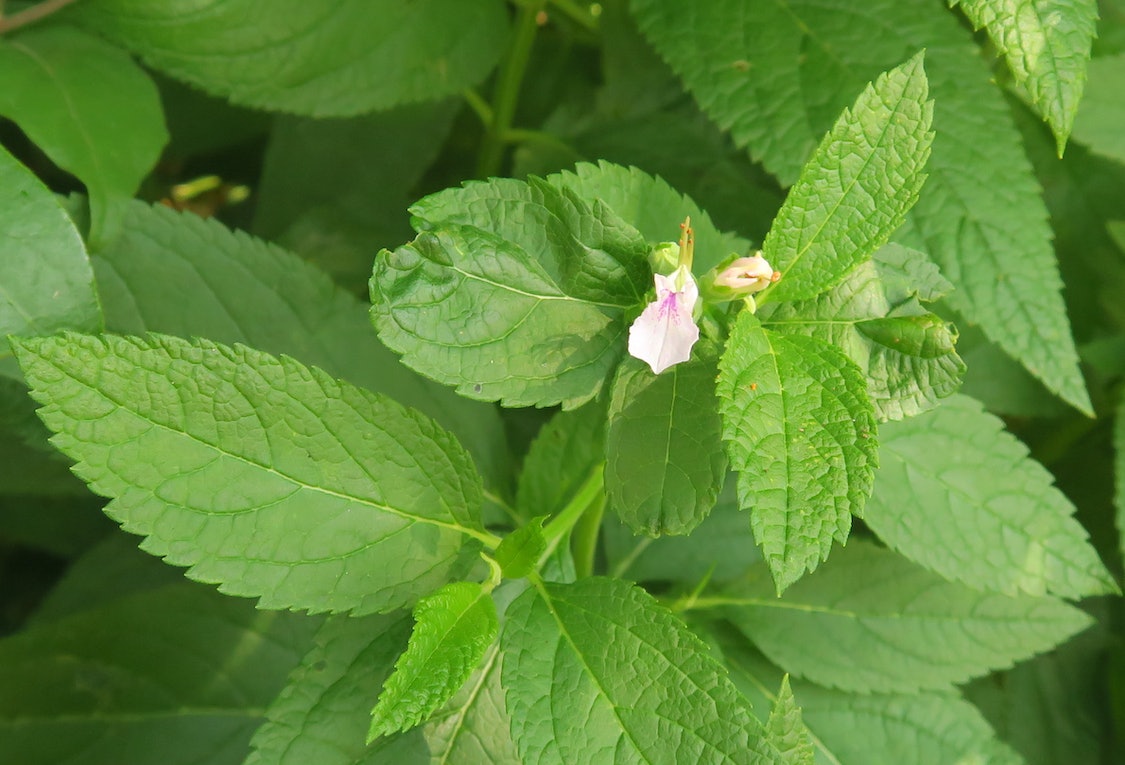 Most germander plants have a longer cluster of flowers. They open near the bottom of the spike first and work their way up. 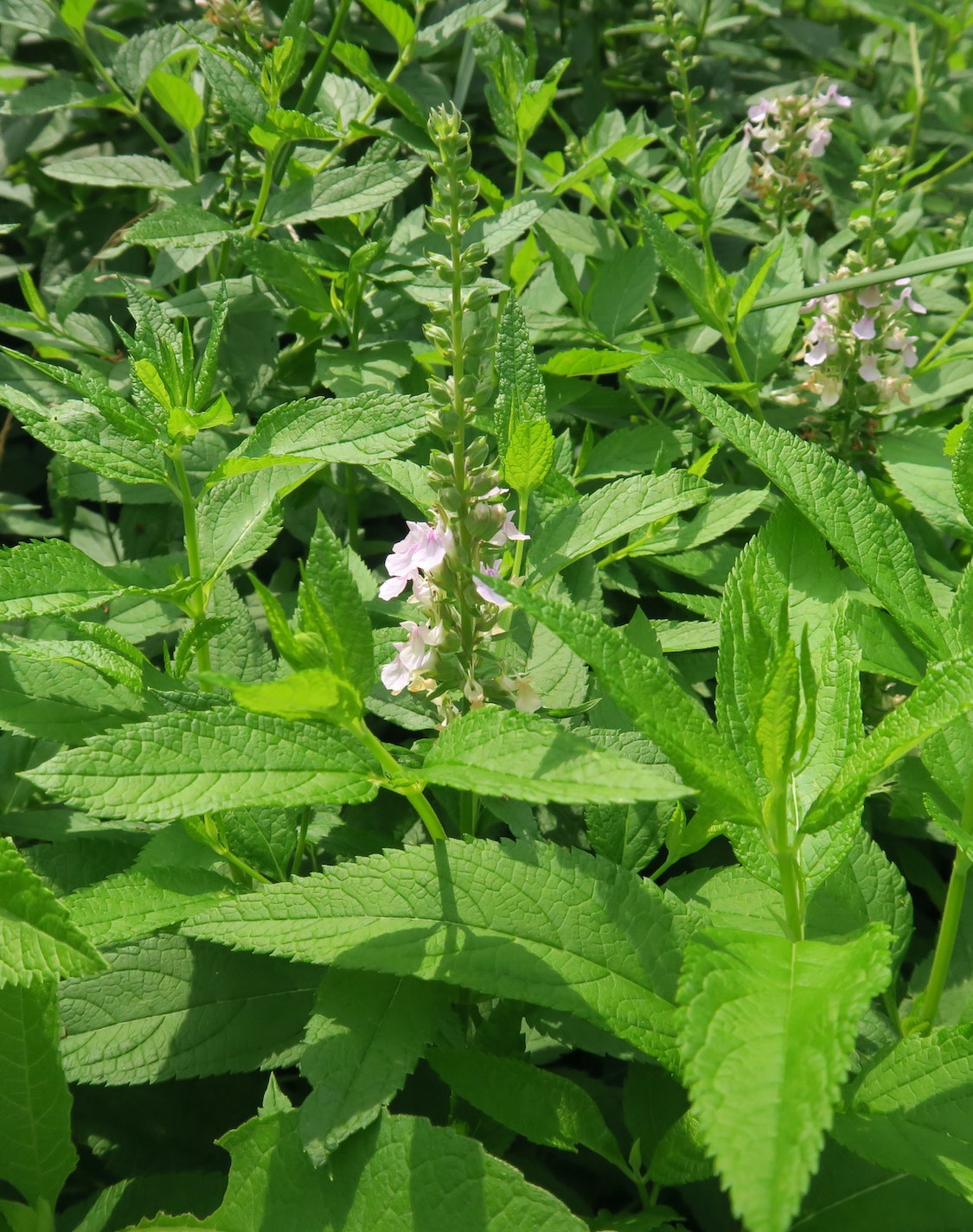 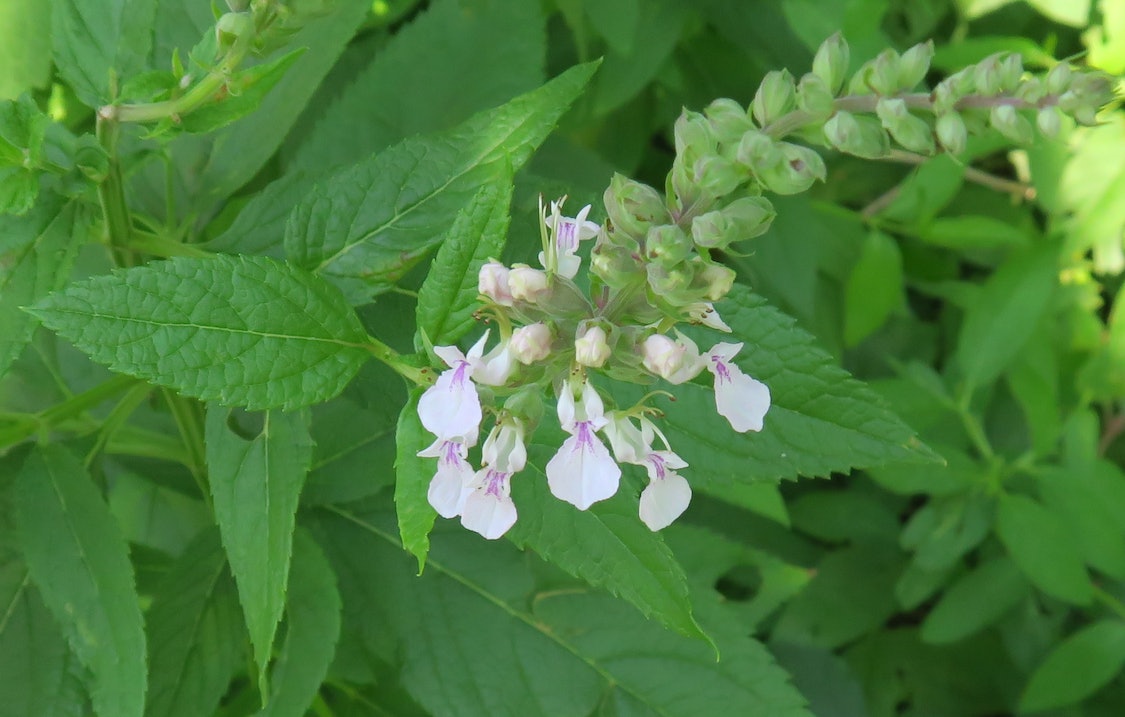 Illinois Wildflowers describes the blossoms this way: "The flowers are white or light lavender with some purple near the base of the lower lip. Each flower is about 1/3" (8 mm.) long, with a greatly reduced upper lip and a long lower lip with a complicated structure." 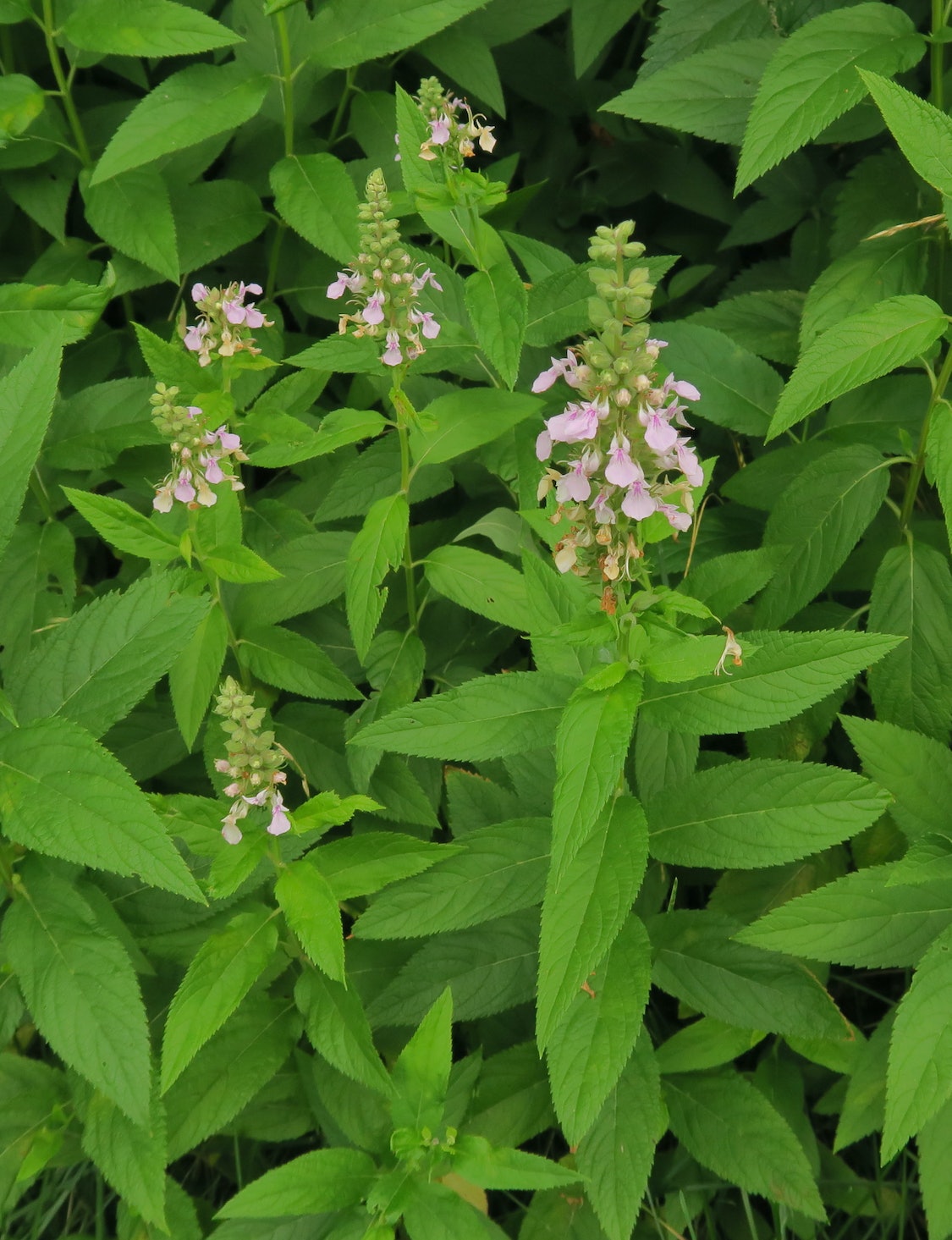 The lower lip of germander flowers "functions as a landing pad for insect visitors." Some kind of bee is sampling the fare in this photo. 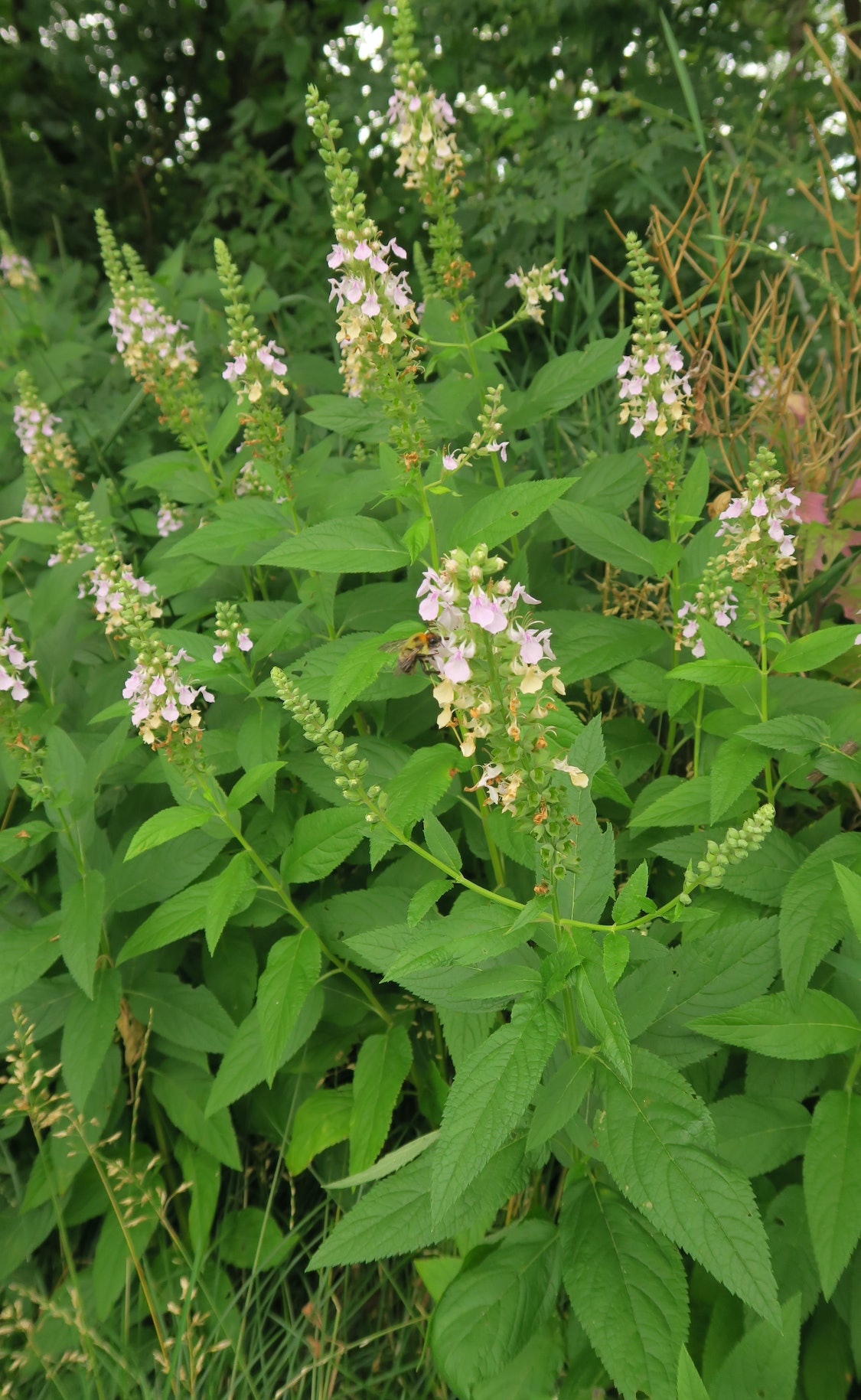 The upper lip "is shorter and divided into 2 sharply pointed lobes," Minnesota Wildflowers notes. Lora Conrad took this picture in Van Buren County earlier this month. She observed that this image captures the "split upper lip" as well as "the vibrant color in a fresh blossom (they fade quickly)." 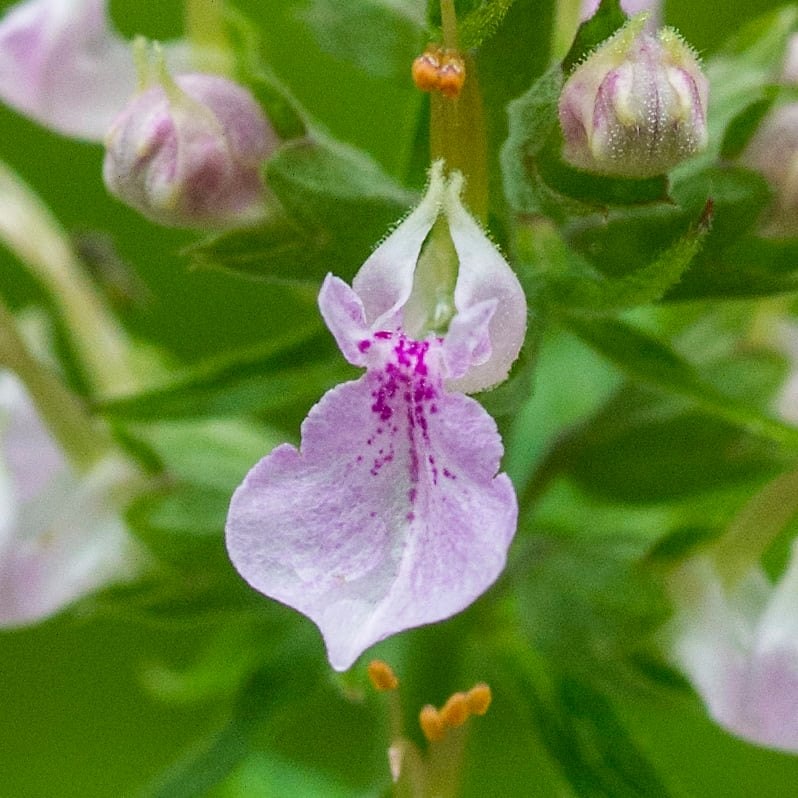 Back to my photos. American germander can form large colonies. 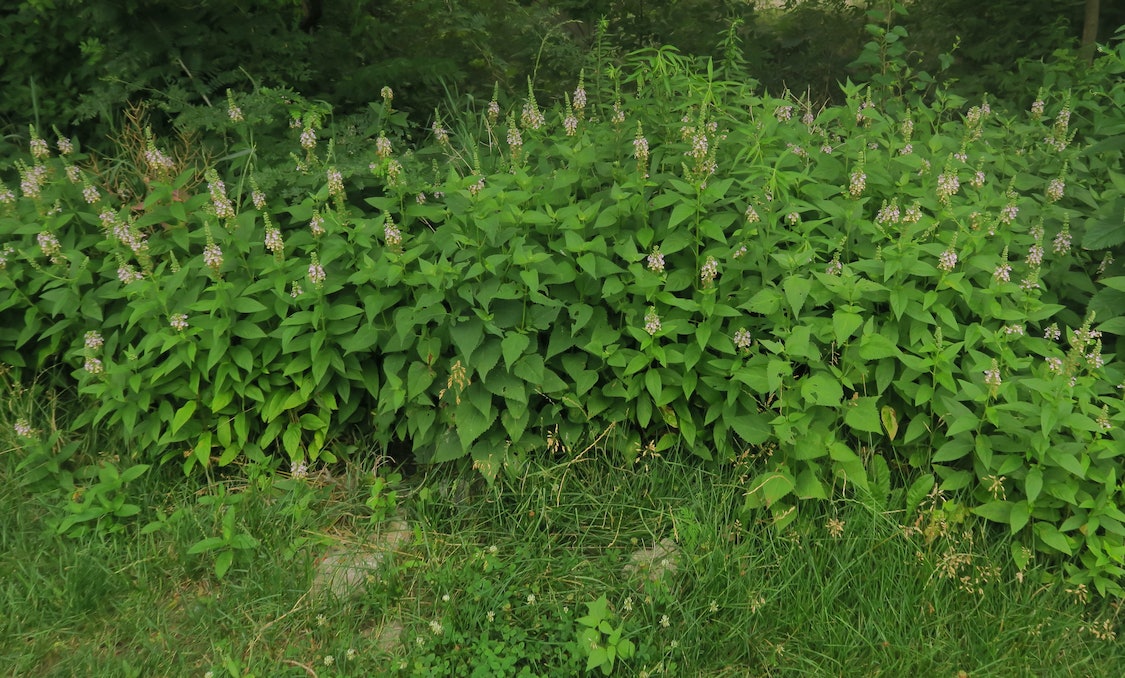 Minnesota Wildflowers writes, "Germander can be easily confused with Hedge Nettles, (Stachys spp.) also members of the Mint family, the flowers of which do not have a split upper lip." Here's a picture taken five years ago, showing a smooth hedge nettle in bloom. These plants typically flower several weeks later than germander, and the blossoms have a prominent upper lip. 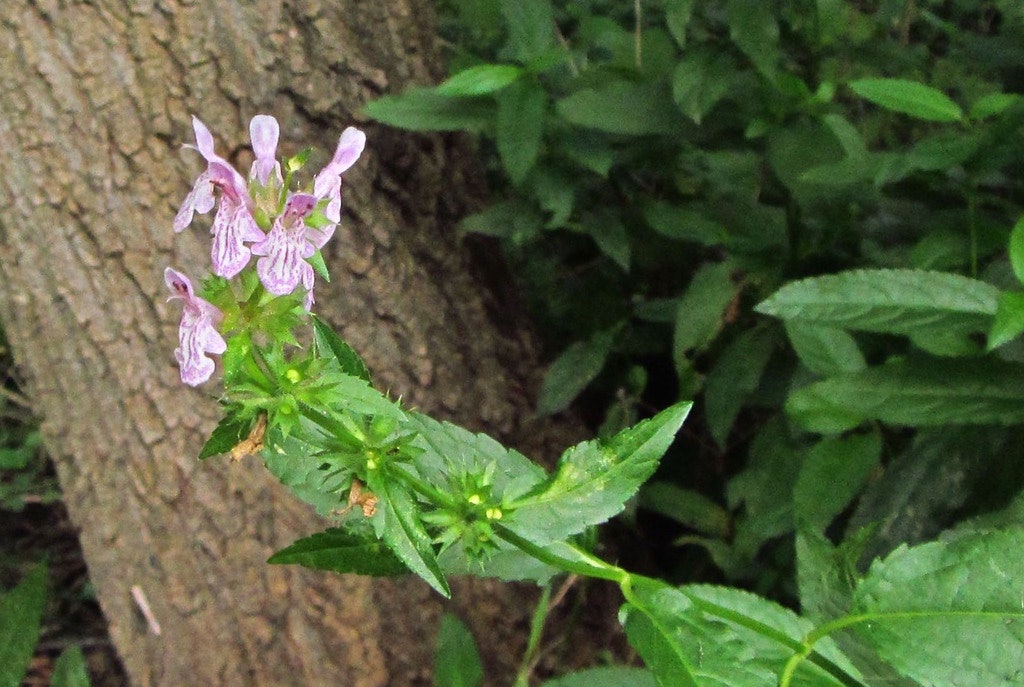 The Friends of the Eloise Butler WildFlower Garden website says of germander fruit, "Fertile flowers produce 4 round nutlets held by the 3 upper teeth and 2 lower teeth of the calyx. These are dispensed when mature by wind shaking the stem. Seeds require 60 days of cold stratification for germination."

You can see some of the developing fruit in this image. 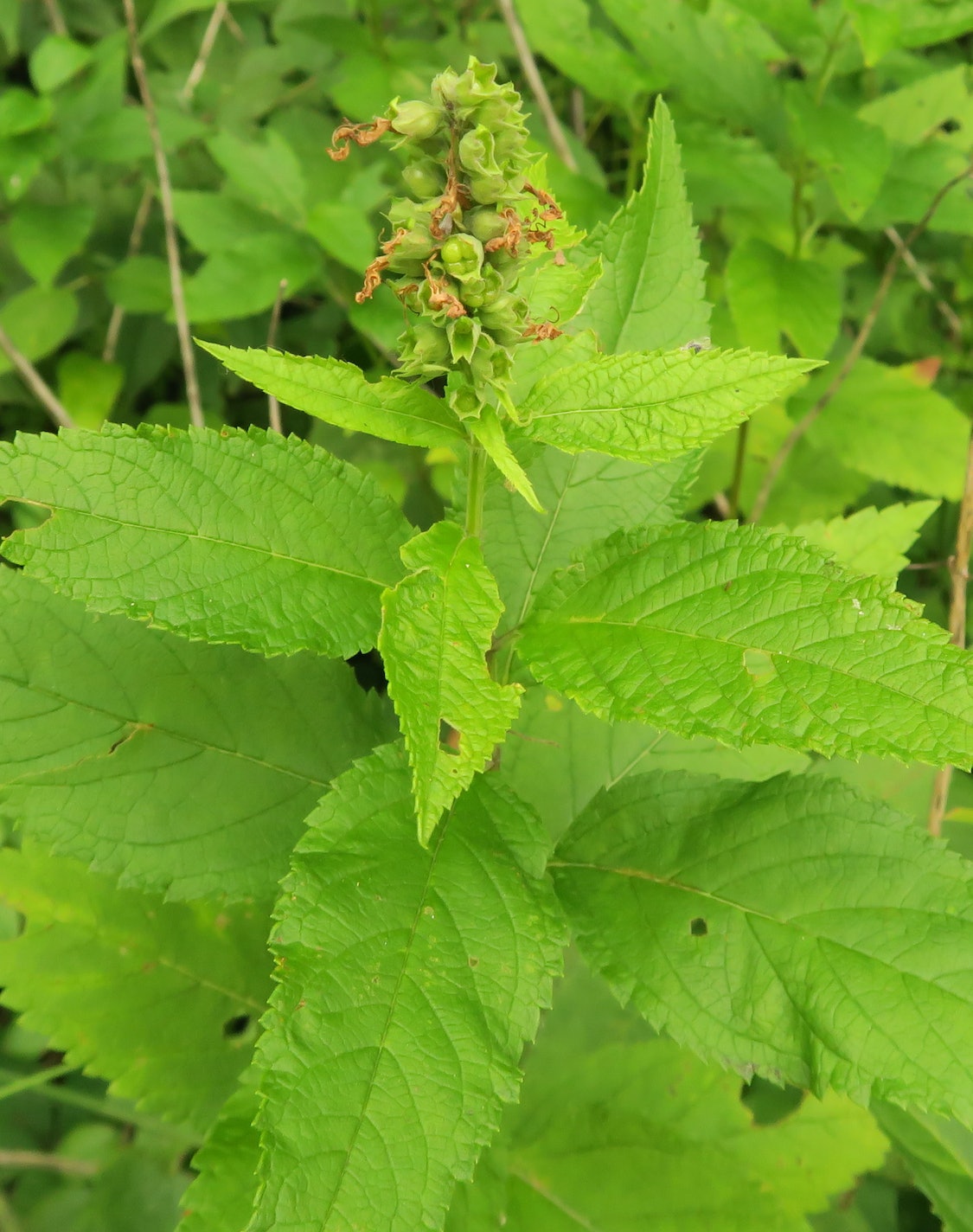