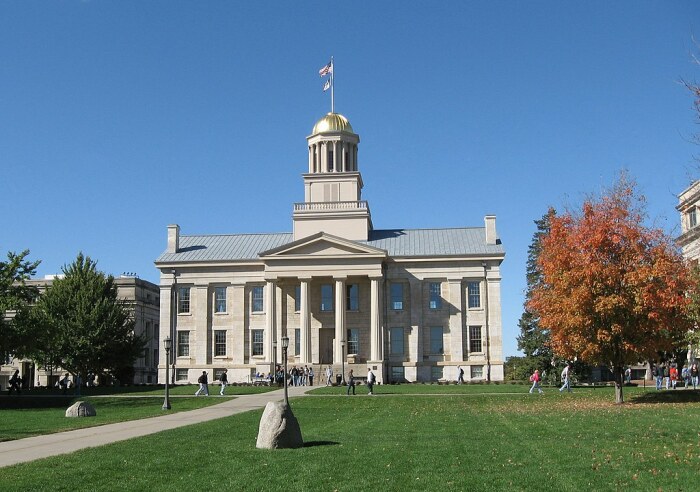 Randy Evans is executive director of the Iowa Freedom of Information Council. He can be reached at IowaFOICouncil@gmail.com.

Iowa’s three state universities made a U-turn this summer, and they now are headed down the road toward secrecy with some hiring decisions.

The about-face should trouble taxpayers of this state. It also should bother state lawmakers, who have expressed concern in recent years that the universities are out of touch with the people of Iowa.

First, some background to help you understand this change:

For many years, the universities have followed affirmative action hiring practices. These are intended to ensure a diverse array of qualified candidates is considered when jobs are filled in the administrative ranks, on the faculty, and for professional and scientific positions.

Among the requirements is advertising job openings. This allows interested people to apply for these positions, especially existing employees, women, and racial or ethnic minorities.

The affirmative action policies have permitted university administrators to seek waivers under certain limited circumstances. These waivers have been available for public review.

This is where the three universities, with guidance from the Iowa Board of Regents staff, have veered away from that transparency and public accountability. The public no longer is able to find out which jobs are being filled with waivers and which employees are being hired without going through a competitive search process.

The Iowa Freedom of Information Council, the nonprofit organization I run, politely disagrees.

But the law requires certain other information to be made public. That includes the person’s employment agreement, salary, amount of vacation time and sick leave, insurance benefits, any deferred compensation the person accrues, and any severance package the person receives when leaving a government job.

In addition, the law requires bosses to make public the “documented reasons and rationale” when a government worker is terminated, demoted or resigns under threat of being fired.

Similarly, the Iowa FOI Council believes the employee’s desire for privacy needs to be balanced against the public’s desire to know when and why university administrators fill certain jobs without publicizing the opening and without taking applications.

The affirmative action policies were written for important public policy reasons. These include finding the best people for our state universities and avoiding hiring decisions based on “good old boy” cronyism.

Without access to the search waivers and the written justification for bypassing affirmation action and equal opportunity policies, the universities invite public skepticism of their commitment to diversity and inclusion in their hiring decisions.

The universities’ policies say waivers are appropriate under limited circumstances. These include a desire to move an employee into a different job after his or her job is eliminated; finding a different job for an employee who develops a disability; and hiring the spouse or partner of a key university employee.

A more common reason includes hiring a candidate whose qualifications and expertise are such that officials say no other applicant would surpass the person’s qualifications.

The Gazette has done important reporting in recent years on the universities’ use of these waivers. But such watchdog reporting would not be possible if the universities are allowed to shroud the waivers in secrecy.

Miller found that in one two-year period, the UI and Iowa State hired 319 faculty and staff members without advertising the jobs or conducting formal searches. In contrast, the University of Northern Iowa hired one person using a waiver in those years.

The documents also raised questions about the fairness of the universities’ hiring decisions. Three former members of the Iowa House and one former member of the U.S. House were hired using waivers without advertising the jobs and without public searches.

The UI’s hiring policy says, “Deviations from these procedures are therefore strongly discouraged.”

Margo Foreman, assistant vice president for diversity, inclusion and equal opportunity at Iowa State, told the Gazette in 2016 that university officials need to be prepared to justify decisions to use the waivers.

“The world is watching,” she said. “What I would say to individuals is be able to defend the decisions you make.”

Of course, by keeping the public in the dark about the waivers, university officials will not have to worry about justifying any of those decisions to the public.

If it is not an invasion of personal privacy for citizens to know the reasons and rationale for a government employee being fired, then it certainly should not be considered an invasion of privacy to know why an employee is hired by a state university by skipping the customary hiring process.

Top image: Old Capitol Building on the University of Iowa campus in 2008. Photo by Bill Whittaker, available via Wikimedia Commons.