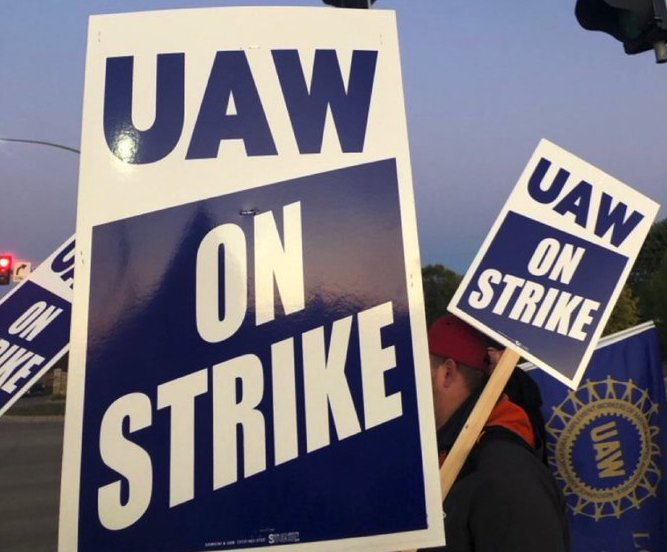 About 10,000 United Auto Workers members employed by John Deere remain on strike after rejecting the second tentative agreement negotiated this fall. Pickets will continue around the clock at the equipment manufacturer's facilities, including five plants in Iowa employing about 7,000 people.

Whereas around 90 percent of workers rejected Deere's first proposal, the November 2 vote was much closer: about 55 percent against and 45 percent for accepting the deal. Turnout was high at roughly 90 percent of the unionized workforce.

The Des Moines Register's Tyler Jett reported that 71 percent of UAW members in Waterloo (the company's largest factory) opposed the agreement, and 64 percent voted no in Dubuque. UAW members in Ottumwa and Davenport voted for the proposal by wide margins, while workers in Ankeny split 51 percent yes and 49 percent no.

Jett summarized the key points of the tentative agreement:

Several workers who opposed the deal told labor reporter Jonah Furman they thought the company's second offer was good, but that they can do better if they hold the line. One who voted yes told Jett he "doubts the next gains will be significant enough to justify forgoing a paycheck while the strike stretches for weeks or months."

The last John Deere strike, which began in 1986, lasted a little more than five months. The UAW is offering workers $275 a week in strike pay, which is far less than their normal wages.