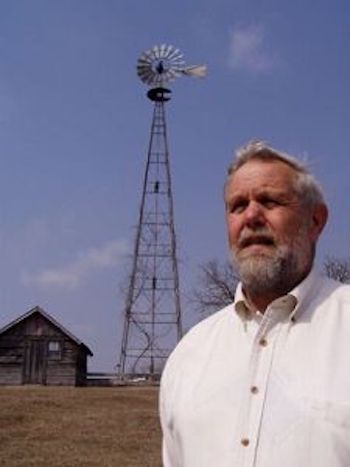 Paul Johnson on Agriculture and Conservation

Before northeast-Iowa farmer Paul Johnson died in early 2021, he served as an Iowa state legislator, the head of the U.S. Department of Agriculture’s Natural Resources Conservation Service, and director of the Iowa Department of Natural Resources. In light of some current federal policy discussions (e.g. about monopolies in the agricultural sector), Paul’s family is posting here one of the position papers he released during his unsuccessful 2004 U.S. House campaign in Iowa’s fourth Congressional district.

Any discussion of agriculture must start with recognition of its success. For the first time in humankind’s long journey there need no longer be fear of hunger. That hunger still exists in America and abroad, is an indictment of our unwillingness, not our inability, to care for each other. A big thanks is in order to those who have toiled in the fields for the past 13,000 years and in the research efforts of the past 100 years. Iowa farmers and researchers are a big part of that achievement.

It is because we have been so successful that we have the luxury today to question our future. But question we must.

American agriculture is at a crossroads. One road leads to increased consolidation of food and fiber production systems. It leads to an industrial world where today’s proud, individual farmers could end up being relegated to the margins of agriculture – to tend the gardens surrounding the massive food and fiber factories. It leads to fewer farmers and poorer communities, and it takes the “culture” out of agriculture. This is the direction we seem to be heading. It is an easy road – a superhighway.

The alternative is a road less traveled today. It is the road that Thomas Jefferson described 200 years ago and the one that Wendell Berry writes eloquently about today. It is one that still encourages individual ownership of land and livestock – one that encourages diversity and creativity. It keeps farmers on their farms and creates opportunities for our children. Today it is a gravel road, not for lack of interested travelers but because our national agriculture policies have doomed it to washboards and dust. But that can be changed.

Twenty-five years ago, Secretary of Agriculture Bob Berglund commissioned a report on American agriculture that was called “A time to choose”. It was a story of where we had come from and where we were going if we stuck with agriculture policy in effect at the time. Unfortunately it was “deep-sixed” by the Reagan administration, an administration that made no bones about wanting fewer people on the land.  We were never given the opportunity to have the national discussion that this report encouraged.

I believe it’s not too late to still have that discussion. In fact, when elected I will push for a new, comprehensive look at the different roads we can choose. We should all be part of this debate. Our state and the 4th Congressional district is the appropriate place from which leadership of this effort should come. The next farm bill will be debated in just two years. It’s time to explore our alternatives now.

Here are some of my thoughts on issues facing agriculture in our district today.

In summary, nothing defines Iowa’s 4th Congressional district more than agriculture. We have been successful far beyond the dreams of our pioneers. The achievements of our predecessors have brought us to a critical juncture in the history of food and fiber production. The care of agriculture land and the well-being of civilization’s oldest occupation are at stake. This election is important. It will decide which road we travel.

Top photo of Paul Johnson on his farm in August 2004 originally published on his campaign website.