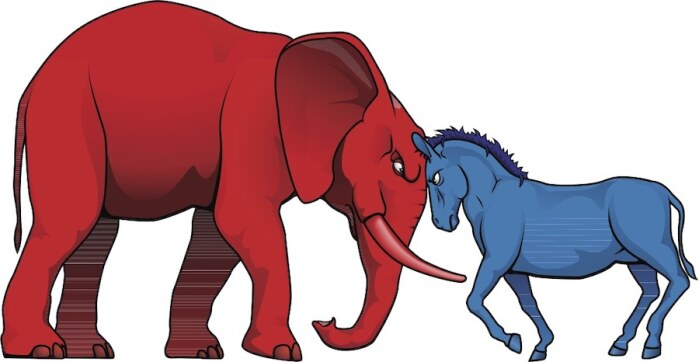 Breaking up is hard to do

A couple of days ago, I saw a Facebook post from a woman I knew in high school out west, one of those manufactured right-wing memes that gets so casually forwarded in some circles. It was a picture of Donald Trump with this caption: “When I look at all the people who hate this man, I like him even more!”

The post stuck in my mind because it resonates so strongly with a new concept I stumbled upon reading the recent best-seller by David Graeber and David Wengrow, The Dawn of Everything: A New History of Humanity. That idea gave me my big word of the month: “schismogenesis,” that is, the origin of schism or separation between social groups. An obscure footnote in the anthropological literature since the 1930s, it is described by Garber and Wengrow this way:

[It] describes people’s tendency to define themselves against one another. Imagine two people getting into an argument about some minor political disagreement but, after an hour, ending up taking positions so intransigent that they find themselves on completely opposite sides of some ideological divide – even taking extreme positions they would never embrace under ordinary circumstances just to show how much they completely reject the other’s points.

What might ordinarily be a low intensity exchange about the costs and benefits of one particular course of action turns into an emotional, moral, even theological rift that then bleeds out into every aspect of the relationship. Moreover, the relationship itself is turned on its head. It’s personal now. The mere thought of the other party leads one to implausible conclusions, for instance, liking Donald Trump even more.

The dynamic has been observed around the world. One brief example from the book: The Inuit peoples, once known by the pejorative term Eskimos, of Northern Canada and Alaska are relatively recent occupants of that landscape. About 4,000 years ago they moved into ranges already populated by Indian tribes, mainly Athabaskan. Living very similar lives, they have over the centuries succeeded in identifying themselves in large part over and against their tribal neighbors. For instance, the Athabaskans were never willing to adopt the Inuit kayak though it was much more efficient than their wooden canoes. And conversely, the Inuit refused to use snowshoes, an Athabaskan invention.

A similar lesson comes to us from political science. It is called “Negative Partisanship.” Professor Alan Abramowitz and graduate student Steven Webster of Emory University write in Politico, “The concept is pretty simple: Over the past few decades, American politics has become like a bitter sports rivalry, in which the parties hang together mainly out of sheer hatred of the other team, rather than a shared sense of purpose.”

The number who say they as a matter of course “dislike” members of the opposing party has skyrocketed in the last ten years to approximately 70 percent. Numerous recent studies have found that this antipathy has now become the “primary motivator” in most partisans’ political lives. And that antipathy is not some vague dislike of the members of the other party. A 2017 article in the New York Times went so far as to call it “loathing.”

Any marriage counselor will confirm there is little hope for a relationship when the small hurts and moderate resentments have settled into an abiding contempt. In part because the daily expressions of that contempt are answered tit-for-tat with a spiraling bitterness. Here we can learn from hard-to-categorize thinker Rene Girard who has developed what he calls “mimetic theory.” It’s complex and full of big words, but for our purposes, it’s enough to say that he holds that we humans are compulsive imitators. It’s monkey see, monkey do.

But even more so for the desires that we sense in others. It’s monkey see, monkey feel. Every parent has watched two toddlers playing independently and things are fine, but once one of them casts an eye on some discarded object, an old water bottle, then the other immediately also wants it, and tears ensue.

We mirror the other, processed through the recently identified and charmingly named “mirror neurons.” We want what the other wants; we fear what the other fears; we speak in the other’s tone of voice. If you’re angry at me, odds are I will reflect it back. If I speak with contempt, odds are that your response will be contemptuous.

When we find ourselves somehow competing with the other, manifesting similar desires, we end up, Gerard says, in “mimetic rivalry.” We mirror the desires and the actions that we perceive in the other. If he lies, we lie. If that tribe enslaves war captives, so do we. If that party demonizes our female leaders, we do likewise. Moreover, we will not only imitate but even without conscious thought, we will magnify and escalate the dispute. It’s a nasty, brutish spiral.

It’s a dynamic: it takes two. The Left can bridle at ridicule of their patriotism. Conservatives can feel righteous indignation at being called deplorable. So, you ask what can be done when responsibility for the dynamic is so unbalanced, so asymmetrical.

The argument is there for all to see: conservatives have been overwhelmingly responsible for the coarsening of our political exchanges. Right-wing media often push false news. Republican politicians regularly resort to Goebbels’ old tactic of accusing their enemies of precisely the sins that they know they are most guilty of.

The problem is that pointing out these failures has the natural result of escalating the split. However much it’s emotionally satisfying, and writing that last paragraph felt so good, and however much it might rile up our 45 percent of the electorate, it is guaranteed to move their 42 percent even further into opposition They have been immunized by this rivalrous homeopathy to perceive these criticisms as just more evidence of left wing bad faith. Consequently, mere support by the loathed Left is all that’s needed to provoke widespread rejection of COVID-19 vaccines. And the spiral only tightens.

This dynamic makes our current negative schismatic straits particularly dangerous, because most of our routine rhetorical tools will only exacerbate the rivalry. And the failure to address it will be disastrous for the entire country. We have just witnessed how this dynamic played out in the streets of Kenosha, Wisconsin.

So, what is to be done? On the personal level, the hard work will be taking a deep breath and realizing the dynamic is there. At a holiday meal when Uncle Ralph starts on Critical Race Theory, the best I can hope for is that he and his silent tribe can acknowledge that I am family and operating out of good faith. So, maybe a question or two and then a brief active listening acknowledgement, “I hear that this makes you very upset, but hopefully we can still disagree about this without calling names and tearing the family apart.”

At the political level, I am confused and afraid, mainly because the question of race permeates the dynamic. We need to recognize that for four hundred years, people of color have been “The Other” for American white people. I don’t have any proof of this proposition, but I am convinced that the images from summer 2020 of buildings burning and marchers in the streets protesting George Floyd’s murder were the main reason that upper Midwest Democrats took such a shellacking in state and local elections that November.

While people of color and left leaning allies were understandably outraged by the repeated murders, the public organized response did not seem to understand this dynamic that I am describing. For instance, what would you expect to be the right response to spray painting the statue of Iowa hero Nile Kinnick?  Building on that baked-in negative reaction, Trumpish conservatives have managed to sell to their tribe a devious evasion of any discussion of the role of race in our country. Any race-conscious discussion is supposedly racist in and of itself, and “how dare you try to inflict that on innocent children.”

So, are we left with this contradiction: If people on the Left say anything that reflects the horror we experience, it only tightens the spiral. I am afraid, yes afraid, that the answer may just be to step back from the abyss – unless we can somehow succeed in taking Martin Luther King Jr. as our model.

Demographic change will have an effect; my Trump-liking friend will not be around for much longer. Of course, neither will I. And people of color continue to grow as a proportion of the U.S. population. Those are long term projects, though, and may just be wishful thinking.

For the time being, this fact remains: Until there is some recognition of how deep we are into schismogenesis and how dangerous the dynamic is, until someone finds a grace filled approach that rises above the contradictions of negative partisanship, dreadful days lie ahead.

John Whiston is a retired lawyer and law professor in Iowa City. 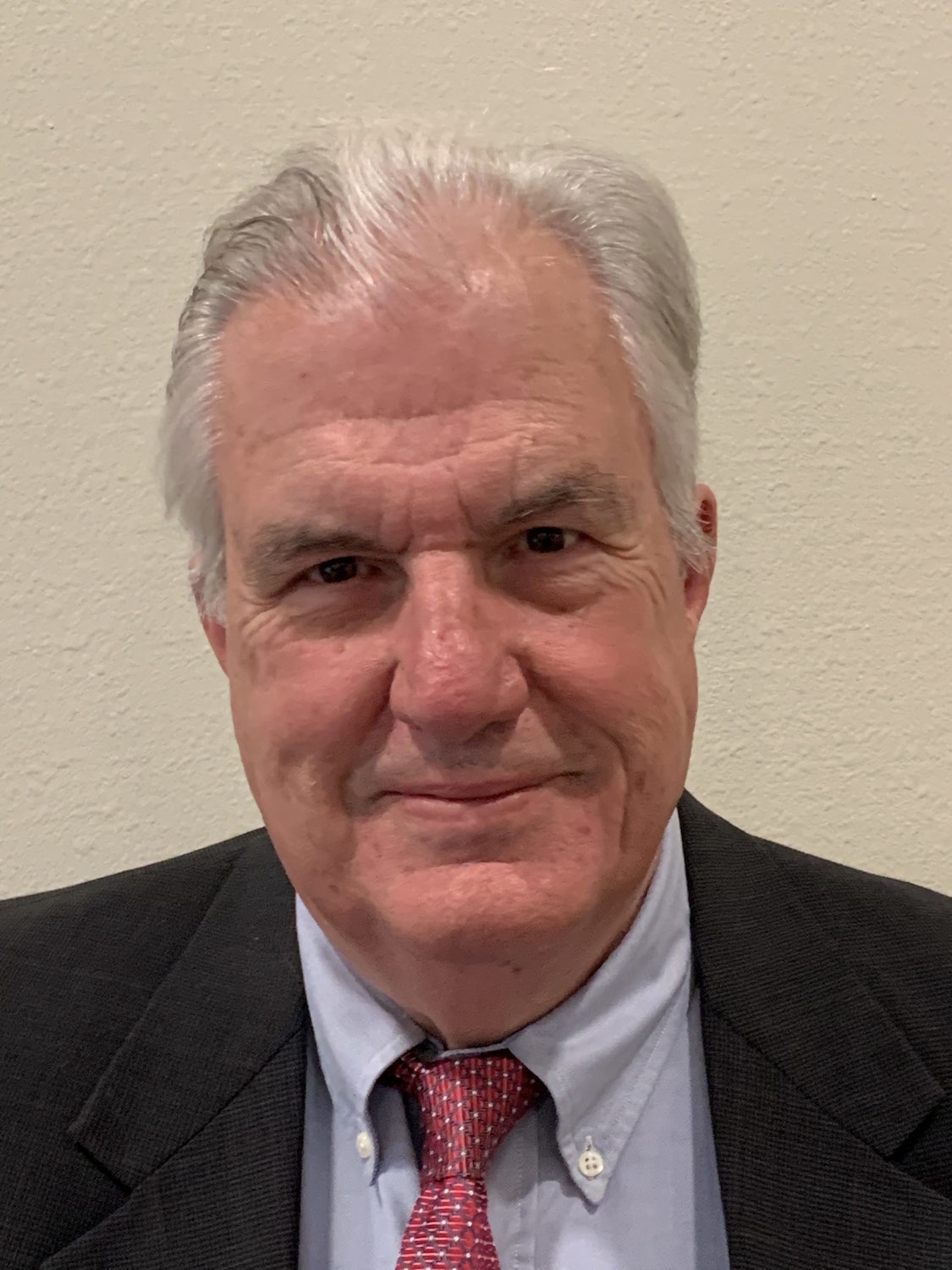