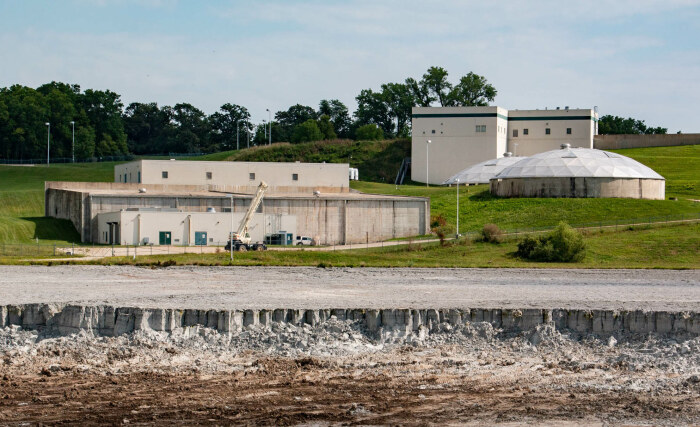 The people must vote on WDM Water Works regionalization

Julie Stauch became invested and motivated about water issues after the 1993 floods. In 2017, she joined others across the metro area to speak out against the regionalization bill in the Iowa legislature, focusing on West Des Moines. She stayed involved attending meetings of a regional group representing communities across the metro area.

On November 30, leaders of West Des Moines Water Works discussed a regionalization plan in public for the first time. You likely did not know this plan was on the agenda for the "joint workshop" of the West Des Moines City Council's workshop with the WDM Water Works, which had been announced the previous Wednesday (the day before Thanksgiving). The posted agenda included only a vague reference to "Discussion on Future Water Supply Needs for West Des Moines."

I had intended to publish here the statement I delivered at the workshop. But the nature of the event changed my point of view. Folks, we have a big problem at the WDM Water Works Board of Trustees.

During the meeting, the board made general manager Christina Murphy answer the questions. Two board members never spoke, while other members spoke sparingly. Apparently they don’t want to respond to the public or justify their actions, even though their title “trustee” implies that they hold the trust of the people to make these decisions. We should not trust these people.

The bald truth is this: The West Des Moines Water Works Board of Trustees is trying to shove regionalization through in two weeks, without input from anyone. This is a false construct. There is time. Due process can occur. The public should have input, and no regionalization resolution should pass until the public has analyzed the situation and provided feedback.

We have time and we have options, but the board is unwilling to discuss those with the public. For instance, the agenda sent out for the meeting included no documents and no information other than a one sentence statement that a workshop would be held.

During the workshop we were advised that a 39-page regionalization document had been posted on the Des Moines Water Works website on Monday of this week. I found it and downloaded it. Interestingly, the document is dated April 2021, yet it was not made public until November 29.

WDM Water Works has an existing contract with the Des Moines Water Works, which provides approximately 30 percent of the water in West Des Moines. This contract will last until 2045. Sometime between now and 2045 the WDM Water Works needs to have a plan to meet the expanded growth of the area, particularly the southern and western parts of the city.

Yes, the plan should be done before 2045. Planning has been proceeding for a number of years already. But does it need to be decided this month? No, it does not.

Must it be decided in the next two weeks? Of course not. Especially when you consider:

When I spoke, the critical exchange occurred when I cited Iowa Code Chapter 388.2, which stipulates that any disbursement of assets of a public utility “is subject to the approval of the voters of the city.” Board chair Scott Brennan responded that “the board has a legal opinion that says otherwise.” When challenged, he doubled down on it.

My comments, written before the meeting and enclosed below as Appendix 1, begin with a statement about how pleased I am as a resident that WDM takes good care of its infrastructure, whether it is streets and sewer or our Water Works. By the end of the meeting, that trust was seriously damaged.

As Brian Rickert, former chair of the Water Works Board of Trustees, said in his comments to the board, “You are doing this backwards. You should get public input first and then you should decide what to do. Yet, you have already decided what you are going to do without any public input whatsoever.” Rickert agreed that “five unelected and unaccountable people should not be deciding this issue and that it must be put to a vote of the public as required by the law.” He said WDM Water Works exposes itself to a lawsuit if the board continues down this path, rather than complying with the law.

Council members and others who spoke to the matter were far more thoughtful and engaged than the board of trustees. The board left the general manager to be their mouthpiece on this, with rare comments from Scott Brennan, Jody Smith, and Gretchen Tegeler.

Regionalizing and giving away our water is a huge issue. It must be considered and vetted fully. Instead, the board is ramming this through in two weeks.

We are told there will be another meeting on December 6, at 4 PM at the WDM Water Works, then another workshop on December 14 in the Council Chambers at City Hall. Then, we are told that on December 15, the board will sign an authorizing resolution.

This is not acting as a “trustee” for West Des Moines citizens. What is the board trying to hide by avoiding the law, working under the cover of darkness, and not having a public vote?

We need to be heard, and Iowa Code is very clear: the people must vote on this.

Please attend as many of these meetings as possible and insist that West Des Moines residents be able to vote on the regionalization proposal.

EDITOR'S NOTE: The West Des Moines Water Works Board scheduled more public meetings and delayed a vote on this proposal until January 26.

I am a very proud resident of WDM in part because both the city and our Water Works have been diligent in managing the needed infrastructure updates. It’s part of what the residents view as critical, and we appreciate everyone’s consistent and conscientious work toward the best upkeep of WDM.

In 1993 during the floods, we had that because our water works was separate from Des Moines Water Works. I was also happy to follow the practices recommended to save water because I wanted to help those who were going without water. And I was proud of the work led by our Water Works team to conserve and share with other communities.

In 2017 I attended a similar Workshop and commented on my concerns about the City endorsing a bill in the Iowa House and Senate in favor of regionalization of our WDM Water Works. After the legislation was defeated, my concern was great enough to attend several of the regional discussions over the next year.

It was very interesting attending those regional planning meetings. There was a consulting firm hired to research the cost savings of regionalization of the greater DSM area water works into one entity. After several months of meetings, the consultant presented the findings to the group that there are virtually no cost savings available through regionalization. Part of the reason was that the DSM Water Works under previous leadership to the leadership of that time had not invested in infrastructure for decades. All of the other communities would be helping to fund the cost of the improvements needed in Des Moines.

Now, here we are again almost four years later. As I look around the table as there are new people on the Water Works board and on the City Council, as well as new people listening in. To that end here are some critical facts so we’re all operating with the same information:

The information about this meeting came to me in the last week, about this workshop and about the WDM Water Works Board meeting on December 14, 2021. In this PowerPoint there is a vote by the Board of Trustees on December 15th, where you are to vote on a resolution to pursue to begin to regionalize with DSM, but nowhere does it indicate when the public vote will be. THE PUBLIC VOTE IS REQUIRED BY LAW.

According to the DSM Register article yesterday, WDM Water Works assets will be transferred to the consortium. Again, When is the public vote on this matter? You cannot transfer assets as a public utility without the public vote.

Apparently for this past year, every time the WDM Water Works Board of Trustees has wanted to discuss regionalization, they have gone into closed session so the public won’t know about it. At this point no public meetings to discuss regionalization, the terms, or even the process agreed to have occurred. This leaves the public no chance to participate in the discussions whatsoever.

This is where if we were online, there would be a timely use of an acronym but because of decorum we won’t go there. But really? YOU are going to move forward on this without the legally required vote of the public?