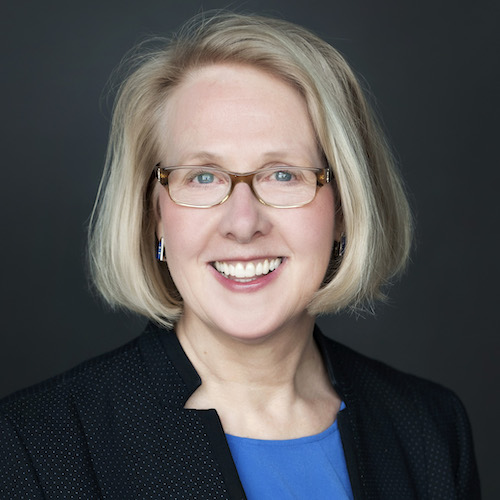 Julie Stauch became invested and motivated about water issues after the 1993 floods. In 2017, she joined others across the metro area to speak out against the regionalization bill in the Iowa legislature, focusing on West Des Moines. She previously wrote about the West Des Moines Water Works regionalization plan here.

Below is the statement I delivered at the WDM Water Works Board of Trustees meeting on December 6. The next meeting will be a workshop at city hall on Tuesday, December 14, 2021 at 5:30 PM.

All of you have the title of Trustee, because you are entrusted with the governance responsibilities of the West Des Moines water works. It is rooted in trust between the people who use the utility and those who serve on the Board. The goal today is to take steps to focus on how vital trust is in your role for all WDM residents and rate payers.

In 2017 and 2018 after the bad redistricting legislation was killed in committee, I continued to attend regionalization discussions as an observer because I’m open to the idea of regionalizing. I stopped attending in mid-2018 when the consultant indicated there is no way to save money in this process. He said this after the 3rd time of reviewing the numbers. Cost savings was the goal then.

Now the goal of regionalization is different: it is to increase the quantity of water in the metro area, as was clearly stated in the PowerPoint document you shared last week at the Workshop. To that end please consider the following actions, which will help us to understand why you see this as progress.

The best way to build trust in WDM with rate payers and residents is to take these two actions:

These actions will strengthen your positions of trust, without changing the forward progress you want to achieve.

Here are the questions to answer at next week’s meeting:

As Trustees, the trust of the community in how you fulfill your role is vital. You and every board before you have done an excellent job focusing on the infrastructure, made the investments and because of that effort, rate payers like myself across the city benefit from this thoughtful leadership.  Reassert the actions that have made that trust strong and you will have the support of the city moving forward.

WEST DES MOINES, Iowa (Dec. 9, 2021) — The West Des Moines Water Works Board of Trustees is delaying action on a vote to decide the path forward for future water supply. The recommendation from the subcommittee to move forward with a resolution to begin with negotiations toward a 28E/F as a first step towards full regionalization remains on the table and will be considered on January 26.

“At this point, we have heard from very few people; some at both of the public meetings held so far,” said Christina Murphy, general manager. “The board is providing more opportunities to hear from more people before voting on this initial resolution, which allows for negotiations of the 28E/F agreement.”

“Over the past several years, many proposals for regionalization have failed for a variety of reasons. The current framework provides communities and utilities such as WDMWW with a seat at the table for shared governance of source water and water treatment and production,” Brennan explained. “We maintain our independence and control over our distribution and gain a level of transparency and important input we have never had in our purchased water contracts with Des Moines Water Works.”

The 28E/F agreements will establish Central Iowa Water Works, a regional utility owned by its metro participants for the purpose of treating and producing water, managing source water, setting wholesale rates and selling water to the owner participants, all of whom agree to buy all of their water from CIWW. The board-governed utilities—Des Moines Water Works, WDMWW and the Urbandale Water Utility—as well as metro communities and rural water providers may be joining the regional effort.

“Our growth estimates and patterns tell us that we will need additional water in 10 years,” Murphy emphasized. “You can’t build a new treatment plant overnight. It takes years for planning, design and construction after you identify source water. The board understands this and has examined several pathways in this process.”

The board also entertained regionalization with the western suburbs. The idea was not pursued since all the utilities and communities involved purchase some or all of their water from DMWW.

“Right now, we merely have a framework for negotiations and discussions for full regionalization, and we are sharing this information with the public and our ratepayers,” Brennan added. “We have a long way to go and there will be multiple public meetings along the way.”

In addition to the forums, the public may also provide information and opinions by emailing the board at comments@wdmww.com. More information related to regionalization and the options considered can be found at www.wdmww.com/ciww.

The West Des Moines Water Works is owned by the citizens of West Des Moines and governed by a five-member Board of Trustees. Appointed by the Mayor and approved by the City Council for staggered six-year terms, the trustees formulate policies and govern the operations of the water utility. Managed by a professional staff, West Des Moines Water Works is supported solely by the revenues it generates by supplying water to the community’s residents and businesses. The utility treats up to 10 million gallons of water per day, sourced from a combination of four deep wells and 17 shallow wells. The board of trustees is composed of: Scott Brennan, chair; Gretchen Tegeler, vice chair; Jody Smith; Mary Thompson; and Erin Sheriff.