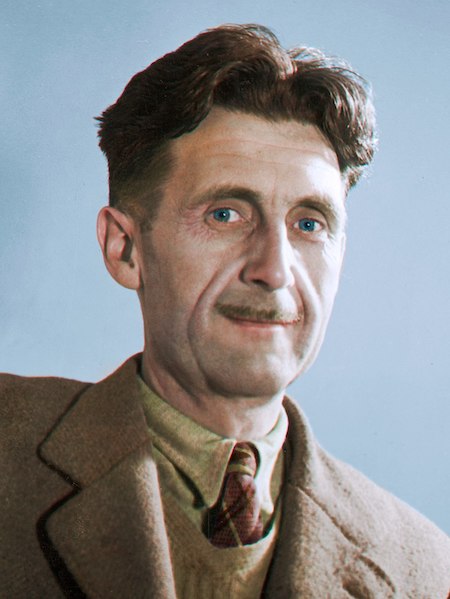 Herb Strentz: For those acquainted with Orwell, reading some of the essays is like meeting a close friend whom you have not seen for decades. And yet the two of you converse as though you had just spent some time together yesterday or the day before.

Here’s the irony: To appreciate and consider the gifts of Orwell’s Roses, you must reflect on what the author does not deal with. Like a lot of good literature, the book comes with some assembly required — by the writer and by the reader. Happily, while it may be difficult to summarize what Orwell’s Roses is about, the author does that for us.

She says her book is not an addition to biographies of George Orwell (1903-1950), but is “instead a series of forays” or essays and insights into Orwell and his essays, books and gardening. Those “forays” resulted in 27 essays in the book’s seven chapters.

In those essays, Solnit draws almost no links between today’s issues and concerns and what Orwell wrote about in books including The Road to Wigan Pier (1937), Animal Farm (1945), 1984 (1949) and in his heralded essays, including “Politics and the English Language” and “Why I Write” (both published in 1946).

She’s mostly silent on their relevance today, noting, “The age of Trump and climate denial are of course over-the-top Orwellian.” But she does not link what “Orwell described and deplored to the crimes and travesties of our own times…because the task is too easy and the relevant topics too abundant and obvious.”

Instead, the author focuses on seldom noted aspects of Orwell’s life and of gardening in general and roses in particular.

For those acquainted with Orwell, reading some of the essays is like meeting a close friend whom you have not seen for decades. And yet the two of you converse as though you had just spent some time together yesterday or the day before. And you learn more about the person and why you value the friendship.

For example, few books on Orwell provide, as Solnit does, moving insights to his marriage to Eileen O’Shaughnessy in 1936 and her death in 1944. She passed away less than a year after the couple had adopted an infant, Richard Blair, named in accord with Orwell’s given name of Eric Blair. (Few relatives expected George to continue to care for Richard, but he did, perhaps because he wanted the child to experience the joys he had missed growing up. Richard is 77 now.)

On the other hand, there is the lighter, comic touch of Orwell inviting people to his isolated place in Scotland’s Hebrides Islands: “I’ll tell you about how to do the journey. It isn’t really a very formidable one except that you have to walk the last 8 miles.”

As for getting one’s hands dirty in the garden, those who do so will understand why Orwell was so devoted to his spade, rake, hoe, and planting at his country place in Wallingford, some 50 miles west of London, and his coveted place in the Hebrides off the west coast of Scotland.

Solnit writes, “If war has an opposite, gardens might sometimes be it…” Further, when coping with grief and worries, gardening is in part a reprieve from the woes one cannot control, “to make whole again what has been shattered.”

Orwell’s Roses tells us that trying to “make whole again” is why Orwell wrote and gardened.

Perhaps that is why five chapters in Orwell’s Roses begin with “In the spring of 1936, a writer planted roses” or similar words. The other two begin with take-offs on that sentence.

Given the challenges of writing the book, Solnit had no time for the “easy tasks” of connecting the dots between Orwell’s time and ours. Far be it for many of us to run from an easy task.

Today we have the “science” of the anti-vaccine crowd and those urging we medicate with bleach or horse medicine to avoid COVID-19.

The tragedy of Lysenko’s shaping science to suit Stalin’s agenda contributed to the deaths of 5 million people from starvation. The count is still out on how many deaths today’s ignorance and folly will total.

Solnit’s take on Lysenko’s reputation and its implications is troubling: “Russia’s current authoritarian leader, Vladimir Putin, has been rehabilitating Stalin’s reputation. Lysenko’s seems to be coasting along on this revisionism…”

Oppressions dealt with in Orwell’s writing and in Solnit’s book relate to the human suffering inflicted to produce much of what we eat, use or wear.

In The Road to Wigan Pier, Orwell covered the suffering and distress of men, women and children exploited in Britain’s coal mines.

The suffering and distress of the women and others who produce the roses given to loved ones on Valentine’s Day and Mother’s Day is covered in Solnit’s Chapter VI. Essays include “In the Rose Factory” and “The Ugliness of Roses.” In the South American nation of Colombia, a major provider of our roses, working conditions cause assembly line workers to lament, “The lovers get the roses, but we get the thorns.”

Solnit reports on those “thorns” (awful wages and other exploitation of the workers), which are invisible to most of the world. And few of us likely know that more than a century ago, “Bread and Roses” was a protest theme of those demanding women’s rights in our nation and a protest theme around the same time in Europe and in Mexico. “Bread and Roses” spoke to the human need for not only minimal food and financial resources, but also the joys and pleasures of life.

In concluding, Solnit praises Orwell’s commitment, idealism, and his view that pleasure and joy “can be forces of opposition to the authoritarian state and its soul-destroying illusions. […] The work Orwell did is everybody’s job now. It always was.”

Viking Press published Orwell’s Roses in October 2021. For further comment on the book, consider the reviews posted on Book Marks. 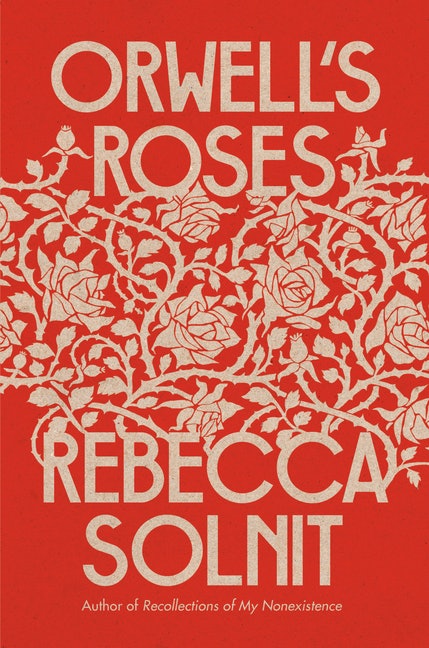