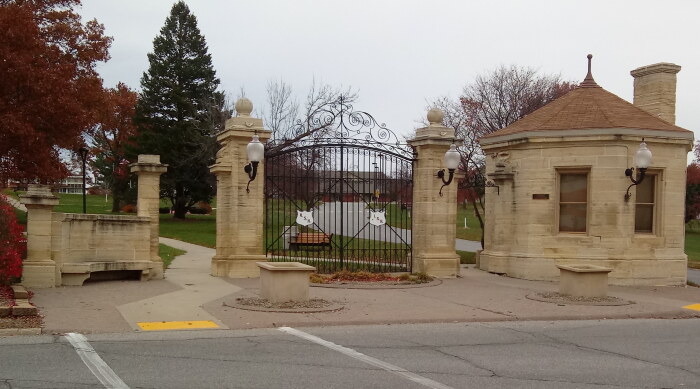 An earlier version of this commentary appeared in The Prairie Progressive's fall 2021 issue.

In a media release earlier this year and a commentary published in some Iowa newspapers, Senator Chuck Grassley asserted, “it appears that the standard of care and quality controls at many state veterans homes falls well short of those required by other government supported nursing homes.” He was referencing the number of COVID-19 deaths and infections in veterans homes across the country.

How many is many? The senator's letter to U.S. Veterans Affairs Secretary Denis R. McDonough cited a handful of media reports in footnotes. Although some of those articles cited statistics provided by the government, the numbers Grassley used are flawed.

In most states, the veterans homes are the largest nursing homes. For example, the Iowa Veterans Home in Marshalltown serves about four hundred patients. What other nursing home comes close to serving that many patients? The government supported nursing homes Grassley was referring to included a vast number with fewer than fifty patients.

The Iowa Veterans Home is not one of those facilities that falls short of requirements or expectations mentioned in Grassley’s letter to McDonough. Prior to the pandemic, I visited monthly to see a childhood friend who resides there. The care, treatment, and respect he receives from the employees at that facility is exceptional.

The Iowa Veterans Home is clean, sanitary, and well-managed by the supervisors and union employees I am in contact with on every visit. I have no concerns about the facility. I have no concerns about my friend and fellow veterans. However, at this time, visits are limited, non-contact, restricted, and brief, due to policies designed to keep COVID-19 out of the buildings. [Editor's note: the home has been dealing with its seventh coronavirus outbreak, but at this writing, all of the residents recently infected have been able to return to their regular rooms.]

Yet, the message Grassley wants you to hear is that state-operated nursing homes for veterans are not as good as civilian nursing homes. Nor is the oversight and reporting to the federal Government Accounting Office as forthcoming. This comes from a Republican official who has complained about the government overreaching into businesses and private lives. His message now screams for new regulations and government oversight.

I am skeptical. Personal experience with Grassley has often indicated that he has hidden motives for some of his stated concerns. I am not convinced that his recent comments stem from concern for veterans. My belief is that he would like to see state-run veteran homes close or turn the facilities over to private corporations. The result, of course, would be breaking unions, and padding the pockets of corporate run nursing homes.

One of the media reports Grassley referred to in his letter was by Clark Kauffman of Iowa Capital Dispatch. He later covered an Iowa nursing home which was cited for violating ten federal regulations and eight state violations. A resident had to call 911; staff were seen by a state inspector sleeping on the job; toxic mold was discovered in 80 percent of the building, including residents’ rooms; bedsores were left untreated; the facility had no building maintenance for almost a year; and a “woman’s breathing apparatus was found to be ‘plugged with hard, caked secretions’ from not being cleaned.” State fines were proposed, but not imposed.

All of that occurred at a privately owned nursing home. It shows what could come if state veterans homes were privatized.

Grassley may be sincerely concerned about the care veterans receive. However, my sense that he has a subliminal thought to break unions causes me to doubt his sincerity. He’ll proudly show you his union card, but that’s a little like me showing you my Farm Bureau card from back when I was a member in order to obtain cheap health insurance.

“Though these facilities have implemented some Government Accountability Office recommendations,” Grassley wrote, “recent media reports highlight additional oversight gaps that may have fueled the death toll among facility residents during the pandemic.” He wrote that after the VA had implemented three of the GAO's four recommendations. (The last was is in the process of implementation.)

Grassley believes that our “veterans deserve the best possible care after giving so much for our country.” I agree. I only want to make clear that when Grassley seeks to improve oversight of veterans nursing homes in America, Iowa is the model, and he should take time to visit. Basing decisions on hand-selected numbers and media marketing can be dangerous and damaging.

Marty Ryan has been a constituent of Chuck Grassley for far too many years.