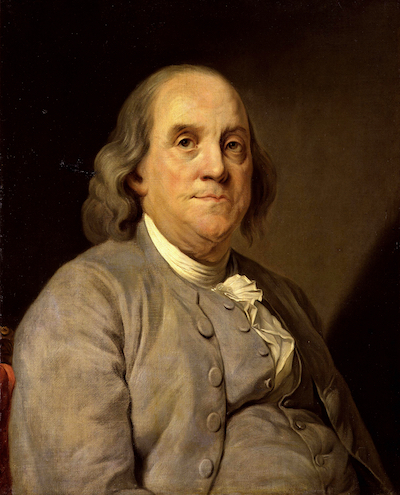 The need to heed Benjamin Franklin

Herb Strentz ponders the threat Donald Trump and his cult pose to our republic.

As the midterm election year approaches, we face another test of what might be called “Franklin’s Challenge,” given our nature and television’s penchant to turn everything into a game show.

At the close of the constitutional convention on September 17, 1787, he was said to be asked if our founding fathers had created a monarchy or a self-governing republic.
Franklin supposedly replied, “A republic, if you can keep it.”

If you can keep it.

President Abraham Lincoln vowed to keep it, and the Union won the Civil War. The curse of the white supremacist mentality remained, however, and certainly is visible 160 years later.

With each day we learn more about Donald Trump’s malfeasance as president and his role in inciting the January 6 insurrection. Yet he has steadfast support from millions. So how can one not be mindful of Franklin’s challenge?

Recall how CBS board chairman Les Moonves characterized Trump and his cult in February 2016: “It may not be good for America, but it’s damn good for CBS” in terms of generating income and viewers. He added, the 2016 campaign is a “circus,” but “Donald’s place in this election is a good thing.”

“A good thing” is not what comes to mind when one also recalls Trump’s assessment of his followers. While visiting Sioux Center in January 2016, the candidate boasted, “I could stand in the middle of Fifth Avenue and shoot somebody, and I wouldn’t lose any voters. OK?”

Fast forward five years, and Trump showed that he could encourage (perhaps incite) rioters to storm the U.S. Capitol. They hoped Congress would overturn the 2020 presidential election and have the electoral college name Trump president, instead of Joe Biden. To all appearances, Trump’s mentality then and now is one of recklessness and disdain for accountability.

Trump and his cult would have used the electoral college to do what the founding fathers sought to prevent.

Into the 1700s and beyond, no nation had ever allowed citizens to vote on who should be the governmental leader. So the delegates to the constitutional convention saw themselves on uncertain ground. That’s one reason we have the electoral college, which was envisioned as a potential check on a demagogue or dangerous movements seizing control of the government.

In 2020 Trump sought to make a constitutional U-turn. And Iowa’s Governor Kim Reynolds was all for it. She lamented that she did not have the opportunity to join seventeen Republican-led states backing the futile Texas lawsuit that sought to overturn the election.

All this year, Trump has continued to sow divisiveness and discord. Yet U.S. Senator Chuck Grassley—who in January had written, “It is wrong for anyone in a position of public trust to mislead the public about the results of the presidential election”—welcomed Trump’s support for his re-election bid at an October rally in Des Moines. With the former president standing beside him, Grassley explained why he had abandoned integrity and service to the nation:

“I was born at night, but not last night…so if I didn’t accept the endorsement of a person who has 91% of the Republican voters in Iowa, I wouldn’t be too smart. I’m smart enough to accept that endorsement.”

Perhaps Grassley might risk this as an epitaph: Mutum est habere integritatem.

In English: It is dumb to have integrity.

Also in English: “If you can keep it” is more of a challenge than chanting “Make America Great Again.”

And “keeping it” is what is at stake in less than eleven months, come the 2022 midterm elections.

One can do worse than to be in accord with Ben Franklin. Far worse.