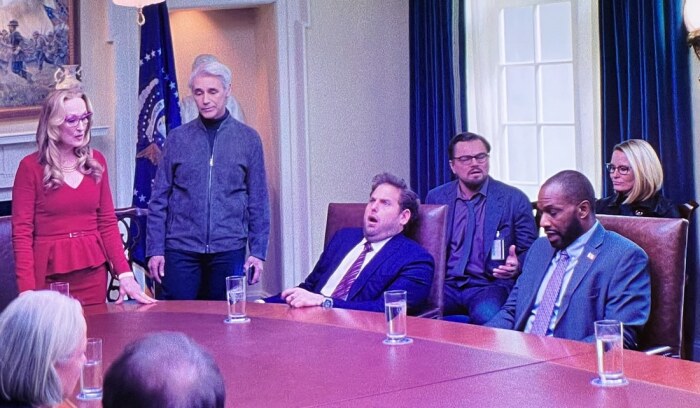 "Don't Look Up": The Iowa angle

There's an Iowa connection to the film "Don't Look Up," a satire about society's blindness to our planet in peril.

A Des Moines Roosevelt High School graduate, Staci Roberts Steele, co-produces the star-studded film. In addition to her job description, the actress/producer/writer also played the assistant to a tech titan character in the movie.

"Don't Look Up" is an apocalyptic tale of our End Times (spoiler alert). The film was produced during a global pandemic, a polarizing presidential election, and an insurrection on the U.S. Capitol to change said election results. The juxtaposition of making this film under the circumstances was eerie. 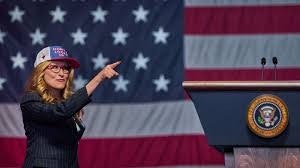 The original script seemed tame as history unfolded - who could have dreamed there would be a denial of a very real global pandemic or an insurrection? The writers had to re-work the script to amp up the farce, said Steele. Look for her behind-the-scenes podcast launching January 7, "The Last Movie Ever Made," a Netflix original podcast about the making of "Don't Look Up."

The podcast should be fascinating. Because the movie was made in the prevaccine pandemic, strict protocols and limited staff served the Hollywood legends, and Staci was right there.

The Des Moines native grew up in the world of Iowa politics. Her dad was Steve Roberts, former Iowa Republican Party Chair and National Committeeman. Her mother, Dawn Roberts, was a grassroots GOP activist who ran for statewide office. All three of the Roberts children eschewed politics, and each has earned success in the entertainment industry. Justin Roberts is a musician who is a Pied Piper for children and parents. J.B. Roberts, a partner in Thruline Entertainment.

Steve Roberts died on November 7, 2020, and a memorial service will be held in his honor at Central Presbyterian Church on April 12, 2022.

Staci's theatrical debut was in that church when she played Baby Jesus at the age of two weeks.

I am shamelessly leveraging Staci Roberts Steele and the Iowa connection to this national film to announce a scholarship to the Okoboji Writers' Retreat honoring Otto Knauth, a beloved former Register reporter. He specialized in telling readers about science and the environment. Writers interested in this beat or topic are welcome to apply.

Echoing one of the many truths in the film, stories like Otto wrote for the Des Moines Register and Picture Magazine about Iowa’s meandering rivers, streams, and trees aren't click-bait. Content like this often gets dumped if even generated in the first place.

So, Meryl Streep, Leonardo DiCaprio, Jennifer Lawrence, and Ariana Grande: I'm going to hashtag the hell out of this in hopes of harnessing your stardust to support folks who want to write about climate, science, and the environment. I think you'd approve. 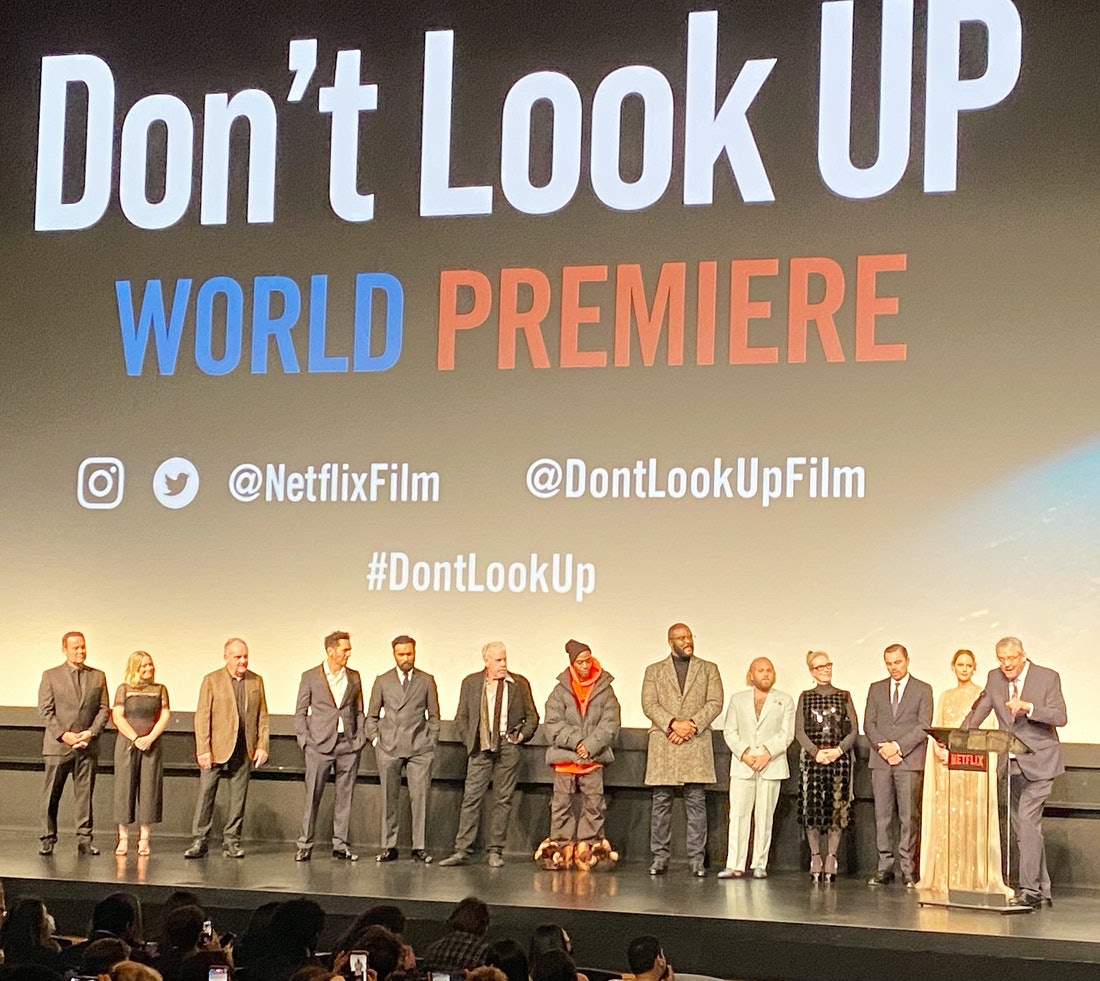 And Otto Knauth, a devoted environmentalist, who was a mentor to so many Des Moines Register reporters, I think you'd approve of having a scholarship in your name to support and encourage writers in the domain you championed. I wish you were alive to be with us next September.

Retired Des Moines Register editorial writer Bill Leonard worked with Otto, canoed, camped, and biked with him. What he remembers most is "a single column, about a single spot of land in Iowa covered in chestnut trees, which are today (and were then) extremely rare. They were always majestic icons of nature at its most noble -- and all of them were cut down, for what reason I have forgotten, but it was a crime against nature. That's how Otto took it and how all tree lovers likely took it, but only Otto could create such a moving piece."

The Okoboji Writers' Retreat will be held on the campus of the Lakeside Laboratory, September 19, 20, and 21. In addition to environmental writers Larry Stone and Perry Beeman, a wide range of authors, editors, and literary agents will be on hand to help participants unlock their ideas and become better storytellers.

This Substack column has picked up several new subscribers lately, so let me say if you're hearing about the Okoboji Writers' Retreat for the first time, the event to be held September 19, 20, and 21, 2022 in the Iowa Great Lakes area of Northwest Iowa is for all skill levels. Yes, we have many professional writers signing up as participants, but about half of the enrollees are newbies who want to start a memoir, write essays and guest columns. Or, just hang out with cool people.

It's a new year. If you're into resolutions, here’s one. Start writing.

For more information about The Okoboji Writers’ Retreat.

To apply for the Otto Knauth Scholarship.

Julie Gammack is a former WHO Talk radio host and Des Moines Register columnist. She writes a column for Substack and produces the annual Okoboji Writers’ Retreat.

Disclosure: Laura Belin attended the Okoboji Writers' Retreat in September 2021 and is scheduled to be a speaker at the event in 2022.