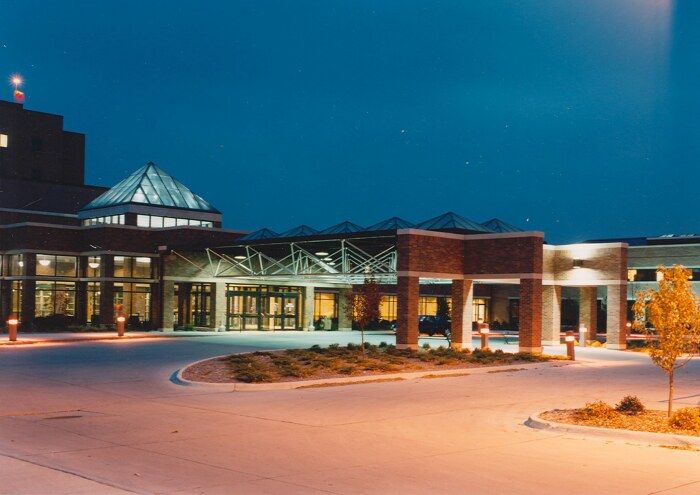 Rachel Bruns is a volunteer advocate for quality maternal health care in Iowa.

I recently recounted how it took the Iowa Department of Public Health (IDPH) 170 days to respond to my request for information on the total births, primary cesareans, total cesareans, and vaginal births after cesareans (VBACs) at Iowa hospitals. I eventually received aggregated five-year totals (2016 through 2020) for each birthing hospital in Iowa.

The International Cesarean Awareness Network (ICAN) of Central Iowa, where I serve as a volunteer chapter leader, has made the data available on our website. You can see it in table form below as Appendix 1.

While I would have preferred for IDPH to provide the figures for a single year, as I requested, the compiled data still tells us a lot about the overuse of cesareans at several Iowa hospitals and the lack of VBAC access across much of the state.

IDPH provided the facility name, total births, cesarean, primary cesarean, and VBAC data. Erin then calculated the VBAC rate, based on the VBAC deliveries resulting in live births divided by the sum of VBACs and repeat cesareans. (See more on the VBAC calculation method from the March of Dimes.) Erin also added information such as the county where the hospital is located, whether it is a Level I, II, or III facility, and noted when data was merged for hospitals that were renamed, as IDPH had listed those facilities separately.

While some Iowa hospitals are meeting the Healthy People 2020 goal, several are not. Iowa as a whole has met the goal for low-risk women with no prior cesarean (averaging around 21 percent), but is falling short on reducing cesarean births for low-risk birthing people with a prior cesarean, which speaks to the experience of many Iowans struggling to find VBAC supportive care.

For some important context, the 2019 guidelines on VBAC from the American College of Obstetrics and Gynecology (ACOG) state, “available data confirms that TOLAC [trial of labor after cesarean] may be safely attempted in both university and community hospitals and in facilities with or without residency programs.”

The ACOG guidelines are crystal clear: “After counseling, the ultimate decision to undergo TOLAC or repeat cesarean delivery should be made by the patient in consultation with her obstetrician or other obstetric care provider.” The provider advises. The patient decides. ACOG also states that suspecting a big baby, going beyond 40 weeks, having a short birth interval, having a low vertical or unknown scar, expecting twins or having a high body mass index are not reasons to preclude offering VBAC.

In addition, the guidelines affirm that induction, augmentation, epidural, and a procedure designed to rotate a fetus from a breech position remain options during planned VBAC. To learn more about the challenges faced by birthing people in Iowa around VBAC access and the overuse of cesareans in Iowa, read my article from last year on that subject.

At the end of the day, there are risks and benefits to both cesareans and VBAC/vaginal birth. Birthing people should be counseled accordingly and be able to select the best option for their unique circumstances. Unfortunately, for most birthing people with a prior cesarean, it is challenging to find supportive care that is following these guidelines and evidence based practices.

I think the data speaks for itself. If I were planning to have a baby again, I would pay close attention to the primary and total cesarean rate and get further information about providers' individual rates. Several hospitals have alarming cesarean rates.

Some good news emerged last year: 43 of Iowa's current 57 birthing hospitals are participating in the Alliance for Innovation on Maternal Health safety bundle on the “safe reduction of primary cesarean,” made possible by a $10 million federal Health Resources and Services Administration grant. The participating hospitals represent 93 percent of Iowa births, and similar initiatives in other states have lowered cesarean rates.

IDPH has not provided a public list of which hospitals are participating in this program. Another question pregnant Iowans can ask their provider is whether the hospital where they would deliver is participating in the safety bundle.

The safety bundle started in May 2021, so we hope to learn soon whether Iowa's cesarean rates improved in 2021 and 2021 as a result.