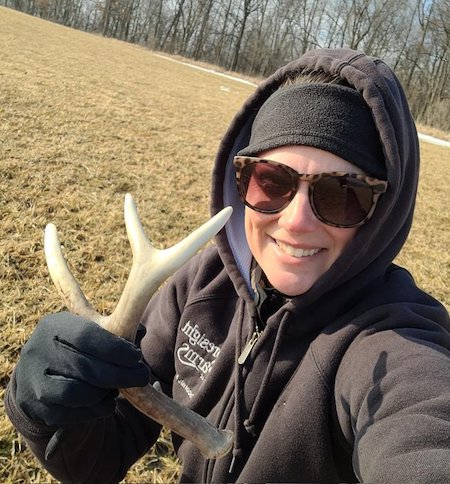 Iowa Department of Natural Resources Director Kayla Lyon has a message for Iowans after being cited on March 21 for fishing without a license in Jackson County.

Reached by email on March 25, Lyon confirmed a record in Iowa Courts Online referred to her citation, explaining,

I had my combination hunting and fishing license set to auto renew but my bank issued me a new card and I forgot to update the system. I was paddlefishing on the Mississippi last Friday [March 18]. When I was informed that I didn't have a valid license, I asked our law enforcement chief to issue me a citation as soon as we could connect on Monday morning. It was an honest mistake but the laws apply to me just like anyone else. I have since gone online and renewed my combination license.

I'm told this situation is not uncommon. I would encourage anyone with an Iowa license to routinely check their accounts to ensure this doesn't happen to them.

I would guess that most people who use credit cards have forgotten to update their information on some recurring charge after getting a new card. So this case presents a useful warning to Iowa's "hook and bullet crowd": next time you go fishing or hunting, check beforehand to make sure your licenses are up to date.

Lyon set a good example by acknowledging her mistake, knowing the citation would be listed in publicly available databases.