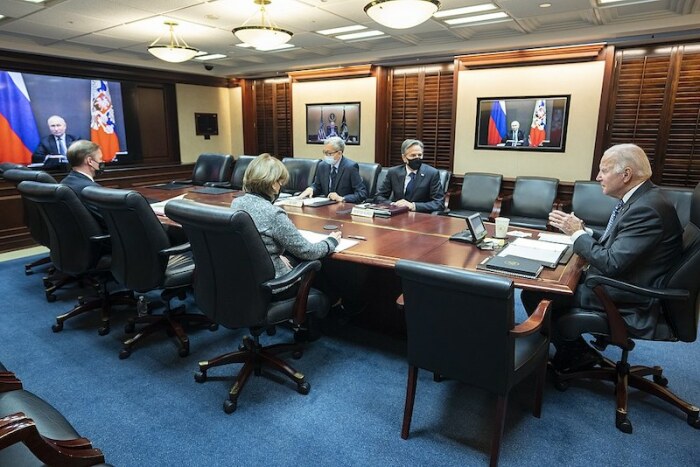 A contrast of presidents

Steve Corbin is emeritus professor of marketing at the University of Northern Iowa and freelance writer who receives no remuneration, funding, or endorsement from any for-profit business, nonprofit organization, political action committee, or political party.

“Today in History” compiled by the Associated Press is my favorite daily newspaper column. The cogent lessons allow me to recall – with surprise – many historical events but usually I learn new facts.

-March 20, 2018: “In a phone call to Vladimir Putin, President Donald Trump offered congratulations on Putin’s re-election victory; a senior official said Trump had been warned in briefing materials that he should not congratulate Putin.”

-March 20, 2022: “President Biden has called Mr. Putin a war criminal. . . . (Biden) must declare that the sanctions crippling Russia will remain in full force, with no exit ramps, as long as Mr. Putin remains in power” (Wall Street Journal).

What a contrast of presidents!

Since the very beginning, the Trump White House has demonstrated a clear and consistent pattern of behavior towards Russia, helping to fulfill many of Russian President Vladimir Putin’s most important foreign policy objectives.

Most people have forgotten Trump’s 2016 presidential campaign had more than 100 contacts with Russia, prompting a special counsel investigation. Yet during a summit with Putin in Helsinki, Trump repudiated the findings of the U.S. intelligence community about Russia's interference in the 2016 presidential election. 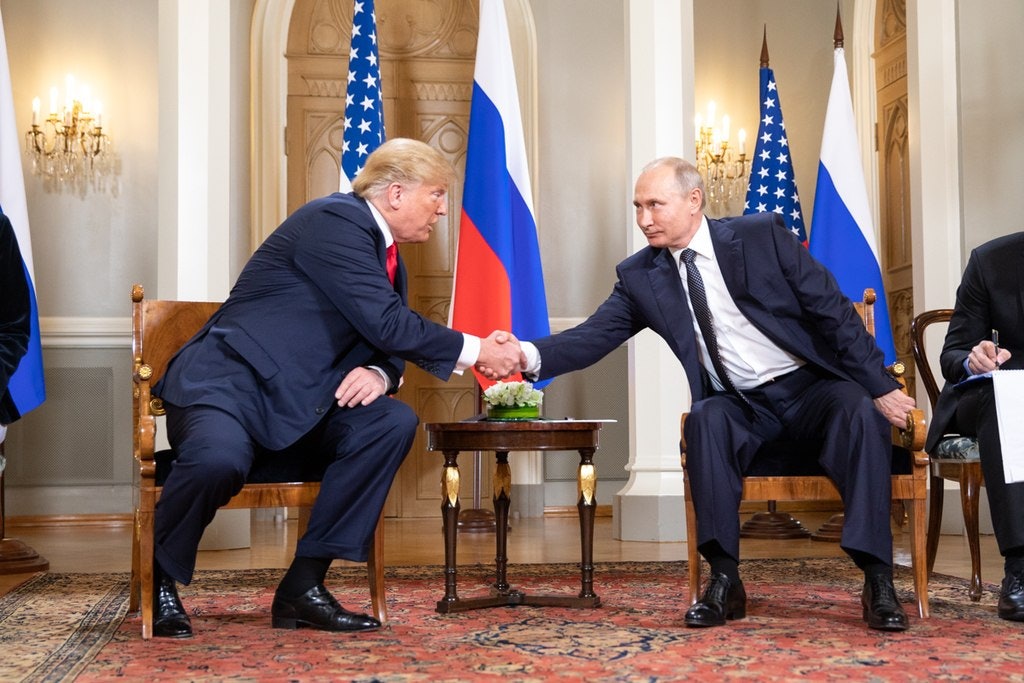 Official White House photo of Trump and Putin in Helsinki on July 16, 2018

Trump’s recent description of Putin’s approach to Ukraine as “genius,” “savvy” and “smart” has been repudiated even by some Republicans. Trump’s proposed solution to the Russian invasion was to paint Chinese flags on America’s F-22 planes and bomb Russia: “And then we say, China did it, we didn’t do it, China did it, and then they start fighting with each other and we sit back and watch.”

It’s safe to say Trump is not a genius.

What leadership has Biden provided? First, he reestablished relationships with NATO and over 200 country allies Trump had dumped.

Next, Biden worked with the G7 leaders and European Union to impose multiple deterrents:

Should Biden do more? I’m confident Biden’s military experts and diplomatic advisors plus America’s allies who oppose Russia’s invasion of Ukraine will offer better advice than you or me.

Americans should be thankful Trump lost the presidential election by 74 electoral college votes and 7,052,770 popular votes, as certified by 100 percent of USA’s 3,006 county auditors. Imagine what the horrific news headline of March 20, 2022 might have read with Trump as our current president: Trump’s silence permits Russia’s capture of Ukraine; celebration party with Putin planned at Mar-a-Lago.