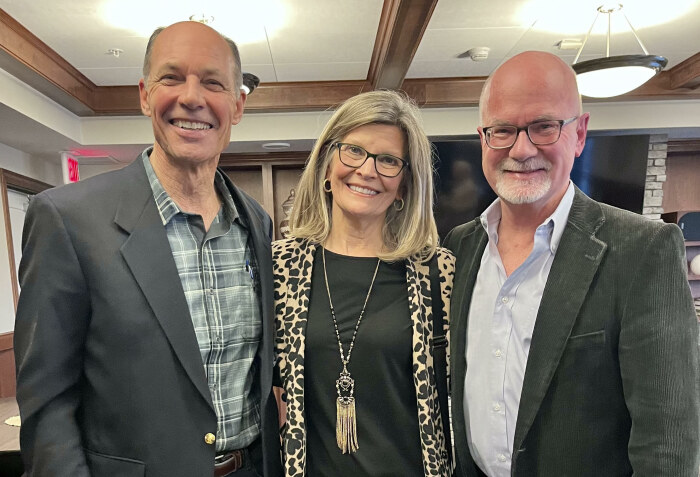 It's time to elect an admiral to the Senate

We’re two of the more than 1 million Iowans age 50 or over. We’re voting for Admiral Mike Franken in the June 7 Democratic primary, and we urge others of all ages to join us.

He’s the only candidate with a clear and concise agenda to enhance the lives of older Iowans, on his website's issues page. The fact that he has an agenda tells us he’s listened to Iowans, understands the challenges and concerns of growing older, cares about people like us and our families, and is committed to pass laws that will allow older Iowans to live the best lives possible.

He has a unique knowledge of small Iowa towns and rural life. He grew up in a town of 50 in northwest Iowa, in a family with eight brothers and sisters, with hard-working and frugal parents. His mom sewed all their clothes. He knows what small town life is like, the importance of good schools, and how essential it is to pull together to get things done.

He achieved success through hard work. He labored at meatpacking plants to pay for college. He joined the Navy and rose through the ranks to become a three-star Admiral. He did all this by demonstrating leadership, producing results, and earning respect.

He understands the value of diversity. In the Navy, he worked with people above and below him in rank who were different genders, races, and ages; who held different beliefs and had different abilities. He learned the only thing that mattered was everyone’s willingness to do their job and work together.

He has a deep knowledge of the world, cultures, and leaders. He speaks with authority on Russia, Ukraine, and the realities of the fighting there. When he’s in the Senate, other Senators will look to him for advice on military and defense matters.

He’s the only candidate who can beat Chuck Grassley. We know the other candidates. We like and respect them a lot. We also know how Republicans will strategize to beat them. They see Admiral Franken as their toughest opponent, and are challenged to run against a person with his rural Iowa roots, his distinguished career in service to America, his intelligence and his calm, confident demeanor.

Iowans want new and proven leaders, fresh ideas, less talk, and more action in the Senate. We’ll get it with Mike Franken.

Top photo of Mike Franken (left), Terri Hale, and John Hale provided by the authors and published with permission.