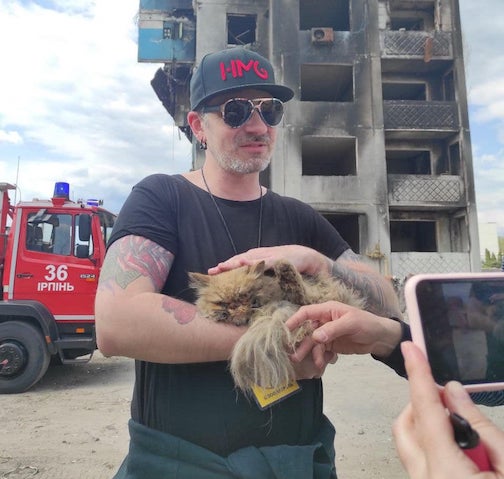 Thoughts on what’s happening in Ukraine and political implications

Three months after the Russian Federation invaded a sovereign country with more than 40 million residents, it's clear Ukrainians are winning this war.

This past month was supposed to bring a major push by Russia in the east, after having lost the battle of Kyiv, withdrawn, and re-deployed forces to the eastern theater. Russia appears to want to capture more of the Donetsk and Luhansk Oblasts (regions), and control as much of the Black Sea coast as possible, as well as maintaining control of Crimea.

Although that plan made some sense, the Russian armed forces didn’t stick to it. Instead, they wasted effort on multiple lines of attack, including a push toward Kryvyi Ryh, the home town of Ukrainian President Volodymyr Zelenskyy. Ukraine has very effectively stopped the invaders on all fronts, with a couple of exceptions, with some towns going back and forth between Ukrainian and Russian forces.

Ukraine is draining Russian resources in these attacks and has been training reserves to backstop their own losses since the first day of the war in late February. Meanwhile, Russia has delayed a formal declaration of war that would allow them to call up reserves. Even if such a mobilization occurs now, it will take an estimated three to six months for Russia to get significant numbers of trained people in place.

Russia did not have enough people and armor, even at the beginning of this war. Now the country needs a lot of foot soldiers to replace their dead and wounded, those troops who refused to be re-deployed after pulling out of the Kyiv theater, and a few who have even joined the Ukrainian side.

Ukraine is planning to launch a major offensive during the window between when the ground firms up, and when Russia might have fresh units to deploy. They do not expect a successful offensive to get moving before late June, and most of the fighting may not wrap up until months later. The expected goal is to push the Russians out of the Donetsk and Luhansk regions, at a minimum. Whether Ukrainians will also try to re-capture Crimea is an open question.

Ultimate victory is not a guarantee and depends on the flow of weapons from the West. Other important factors include whether the war expands in a significant way, and whether estimates of Russian military weaknesses are accurate.

What is going on in Russia? Somebody in Russia is attacking strategic installations, and nobody is saying whether it’s Russians or Ukrainians.

This has happened in many locations. Smaller attacks, such as Molotov cocktails setting fire to military recruitment offices, have also occurred in multiple cities. The Russian government appears to be trying to avoid mobilization, which would alarm people in the major cities, and potentially fuel an anti-war movement. If they don’t conscript more soldiers, however, individuals have the right to refuse to serve, or refuse to be sent to Ukraine. There is some evidence this is happening.

What’s up with Russian President Vladimir Putin? Who knows, but he is most likely only part of a system that seems to profit from simmering, endless wars. This has been going on since 2008.

The real question is what will stop this war machine from coming back for another go at Ukraine, or from launching attacks elsewhere? It's tough to say. The war needs to be taken to Russia to some degree, and that’s a touchy subject. I would expect Ukrainians and allies are working to figure out how to disable Russia’s ability to keep waging war, while giving Russians time to sort out how they want to be governed in the future. Is there some way to break the cycle of preference for authoritarian leadership in Russia?

Meanwhile, there is a significant exodus of people from Russia, some of whom are saying they don’t ever want to return. After the fall of the Soviet Union, many people had hopes, but the current regime crushed them.

With so much talent leaving the country, it becomes harder to build the civil society that many dreamed of, which Russia will need in the future. Look for much hand-wringing among Americans about instability in Russia. I think of it as Russians getting another chance. The process of dismantling a dangerous system has to happen, even if it’s messy.

As for U.S. politics, the war in Ukraine helps to clarify a number of things.

1. This war should re-focus our efforts to protect and defend our freedoms, such as freedom of the press.

It underscores the need to fight disinformation, prevent oligarchs from getting too much power, protect voting rights, promote dictator-free renewable fuels, and find ways to make social media a safer space for the exchange of ideas. We can combine many good ideas into a Ukraine agenda; we must never let our country go down the path of authoritarian control.  Electing Donald Trump president was too close a call.

2. Ukraine demonstrates what a real fight for freedom looks like.

The carnage makes whining about masks and re-hashing pandemic restrictions moot points. It underscores the importance of holding accountable our own traitors, who attacked the U.S. Capitol on January 6. It underscores the urgency of keeping authoritarian forces as far away from power as possible and rooting out those who hold office.

3. The war clarifies that the Putin wing of the Republican Party is dangerous and needs to be stopped.

We should be using this phrase, because it’s true. They took their money (it’s in the Mueller report), they called on Russia’s help (election interference, those emails), and praised Putin when he invaded. Some Republicans who balked at backing the invasion of Ukraine were previously linked to Russia prior. They should be called out. Those who backed Trump and other Putin supporters, when they should have been pushing back, should also be called out.

This includes Iowa's U.S. Senator Chuck Grassley, who never showed the least glimmer of independence when bad decisions were made during the Trump administration. If Grassley had his way, Trump would still be president, and Ukraine would be on the ropes, and we would be getting ready for war between NATO and Russia after Russia decided to invade Poland.

I’m serious about that. Russian rhetoric has made it clear that leaders believe Poland and other former vassal states belong to them. Those tanks were going to keep rolling until they met with serious resistance.

4. We no longer have to be on the defensive in the culture wars  Defending diversity, LGBTQ+ rights, and a woman’s right to choose are things an open society does. The alternative is something like Putin’s Russia. Attacks on vulnerable people are what despots use to divide the population.

5. I think Iowans have innate sympathy for Ukraine. Much of that country looks like Iowa, and many Iowans are descended from people who also had to fight off Russian oppression, such as the Czechs.

Iowans have been loving the tractor brigades stealing tanks, and the homey videos of Ukrainians rescuing cats (OK, dogs too, but I only care about the cats). This has been handed to us – a group of people who want to be the best, democratic versions of themselves fighting with all they’ve got.

That concept can unify Iowans. We also want to be the best versions of ourselves and push back against forces who would divide us along race or other lines.

Emily Silliman studied Russian at Grinnell College and was a student in Russia for a year and a half. She trained in Russian law and helped U.S. companies conduct business negotiations in Russia and Ukraine. This war has been an opportunity to use Russian language skills, and research skills, to follow what is happening closely. Current favorite sources of information are Daily Kos for the military analysis, DW on YouTube, and numerous Russian-language YouTube channels. Emily can be reached at esilliman@yahoo.com.

Top photo of Ukrainian with cat rescued from bombed-out building was first published on the Facebook page of the State Emergency Service of Ukraine on May 2.