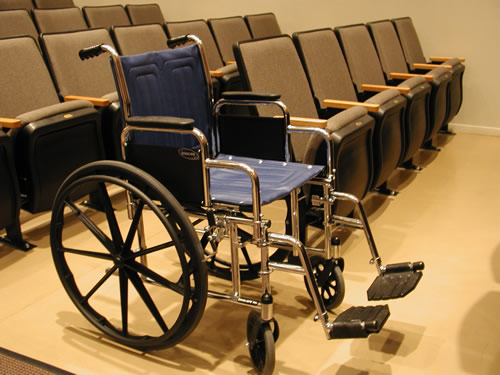 The boy written out of "The Music Man"

I led a life-long learning class at North Iowa Area Community College in Mason City this month. My subject: “Midwestern History as Told by Midwestern Authors,” a topic I selected last fall, when pandemic-limited plans prompted me to read (or re-read) various regional writers.

My premise has always been that history is much more than just key dates and major events. We benefit from knowing how previous generations lived, what they valued, and how they engaged in society. Greater understanding gives us a more enlightened perspective while strengthening our community ties. This doesn’t generally come about by reading history tomes – since most of us won’t – but rather by reading authors who set their fictional or autobiographical works in the Midwest.

In preparation, I stumbled upon a story that ran in the New York Times last December, although I missed it at the time. It involves North Iowa’s own Meredith Willson.

Early versions of Willson’s “The Music Man” featured a theme far less upbeat than the version we know today.

[S]everal newly recognized drafts of the musical, written between 1954 and 1957, show that originally, the story focused more on the town’s persecution of a boy in a wheelchair — carrying a much more serious message than the final draft. At the time, children with disabilities were routinely institutionalized in horrid conditions and denied an education.

In the earlier drafts, Marian’s younger brother was a character named Jim Paroo, a boy in a wheelchair who, in some versions of the show, has limited use of his arms and could not speak. Wherever Jim goes, townspeople want to lock him up, and in some versions, this drives him to hide and live in the school basement instead of at home. [...]

Then, Harold [Hill] comes along and challenges the community’s assumptions about Jim by bringing him into the band and finding an instrument he’s capable of playing with his limited range of motion. An early title for the show, “The Silver Triangle,” highlights Jim’s instrument of choice and contribution to the band.

Whoa! These background details were first published a year ago in Dominic Broomfield-McHugh’s book, The Big Parade: Meredith Willson’s Musicals. According to Broomfield-McHugh, musicology professor at the University of Sheffield in England, Willson “was trying to spark a conversation about how people with disabilities were treated at the time.”

So, what happened? Two memos addressed to Willson have surfaced. Playwrights Jerome Lawrence and Robert E. Lee wrote to him in 1955, “Meredith, the easy solution is to dump Jim Paroo; the result can be a bright and probably highly successful show [...] Following this easy course might conceivably reduce a major work to the dimension of mere entertainment.”

A second memo, presumably from 1957, urged Willson to change the character: "physical disability in a child is impossible to view in any terms but pity and sentiment, the problem is to find some other form of disability besides physical."

According to the Times,

Just 10 months before the show opened, Willson dropped the character of Jim, replacing him with Winthrop at the urging of producers who felt there was no place for serious representations of disability onstage. [...]

“But I sense such a frustration in him [Willson] that he really, really tried for years to make it work like this,” Broomfield-McHugh said.

So, was it River City, 1912, that was deemed not yet ready for Jim Paroo? Or, was it a potential Broadway audience? Producers in the 1950s, like today’s producers, were probably driven more by box-office prospects than by message. It’s their job, right?

As we know, “The Music Man” without Jim was a huge artistic and financial success. The musical’s legacy would be dramatically different if Willson’s initial version been produced.

As successful? Who knows? The Times story observes that many of the barriers and stigmas Willson attempted to confront persist today. According to the managing director of the National Disability Theater, “How do we know if these works have mainstream appeal? They never get a chance.”

Willson wanted his fiction to help us confront our history. What are your thoughts?

Top photo of wheelchair seating in an auditorium originally published by the National Transportation Safety Board, available via Wikimedia Commons.