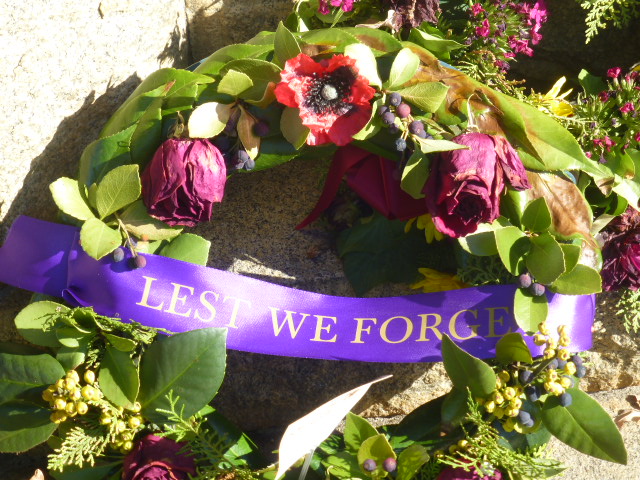 "Lest we forget" is not about a shopping list

Memorial Day will soon be upon us. A reminder came via email: “Memorial Day Sale! Save big this year.”

The graveside floral and flag tributes we often see this weekend are reassurance that somber reflection and dear memories are more important than “SAVE BIG!” in your shopping.

The holiday we know as Memorial Day originated with grassroots observances nearly 160 years ago, in the 1860s.

Back then, with compassion but neither coordination nor commercialization, people around the country marked the onset of spring and summer by placing graveside decorations in memory of departed loved ones and soldiers killed in the Civil War.

Former slaves in Charleston, South Carolina held one early commemoration in 1865, less than a month after the Confederacy surrendered.

From such roots the day was called Decoration Day for almost a century until Memorial Day became a federal holiday in 1971.

The commercialization, rather than commemoration, of the day still is unsettling, particularly when attending other ceremonies along the lines of our Memorial Day and Veterans Day.

Until 1954, Veterans Day in the U.S. was Armistice Day, marking the end of World War I on November 11, 1918. But nations continued in warfare after that "Great War." So the holiday was renamed to recognize all veterans who served in the U.S. military. In the United Kingdom and other nations, Armistice Day became Remembrance Day.

Several years ago, a Remembrance Day found us at a soccer match in West London, England, between Liverpool and Chelsea, the home team.

Pre-game ceremonies, including military and government officials, focused on a moment of silence for those killed during military service. The crowd numbered more than 30,000, but at no time were veterans or those in the military asked to stand to be recognized and thanked. It was solely remembrance of the fallen.

We had a similar experience last month when we visited Australia and marked their biggest military holiday, ANZAC Day, April 25. That’s an anniversary of April 25, 1915, when in their first major World War I battle the Anzacs — the Australian and New Zealand Army Corps — landed on the Gallipoli Peninsula in Turkey.

They were as part of an allied mission to capture Constantinople (now Istanbul), the capital of the Ottoman Empire, which was allied with Germany.

What was envisioned to be a quick, decisive campaign turned into an eight-month nightmare with some 8,700 Aussies and 3,300 Kiwis among the 46,000 allied dead and 80,000 Ottoman deaths in the course of the fighting at and beyond Gallipoli.

A Britannica commentary explains the defeat stemmed from “poor military leadership in some cases, faulty tactics including complete lack of surprise, the inexperience of the troops, inadequate equipment, and an acute shortage of shells.”

The Anzacs went on to fight in Belgium, France and Palestine. And yet the Gallipoli campaign is the most commemorated one in Anzac and perhaps Australian military history.

The charge at Gallipoli seemed doomed from the start. A steep terrain, called Anzac Bluff, is behind a war memorial in King’s Park in Perth, the capital of the State of Western Australia. From a viewing area you can look down to the city and the Swan River just as the Ottoman riflemen looked down on the Anzacs.

Anzac Bluff also has a plaque featuring a tribute to the allied war dead from Mustafa Kemal Ataturk, considered the founder of the Turkish Republic and a commander of Ottoman troops in 1915.

In 1934, when Ataturk was president of Turkey, the statement attributed to him assured mothers of the allied war dead, “… your sons are now lying in our bosom and are in peace. After having lost their lives on this land they have become our sons as well.”

We saw remembrances of soldiers who died at Gallipoli in the ANZAC Day parade in Perth. 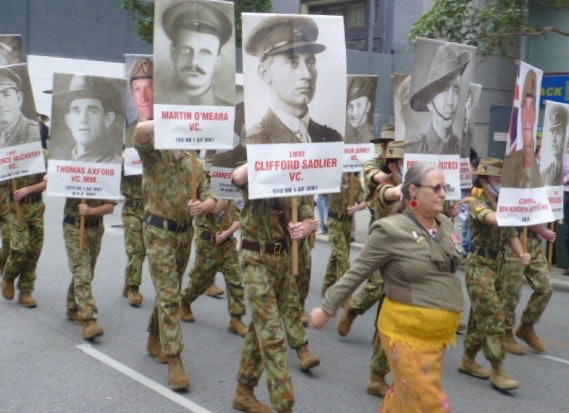 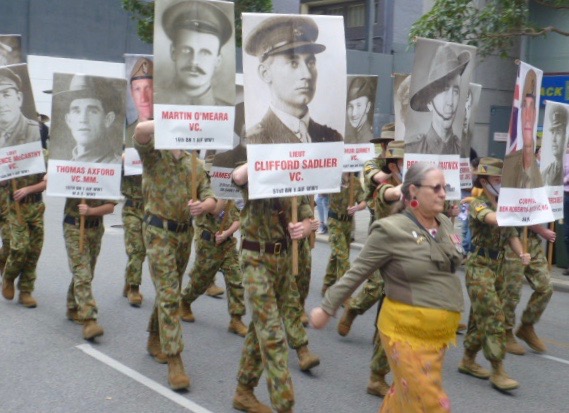 Those banners, listing dozens of military campaigns fought by Australians, were part of the commemoration under the watchword of ANZAC Day, “Lest we forget.”

The lists of war after war after war seemed almost a mockery of the slogan if you think “Lest we forget” implies nations and peoples should learn something from horrific events.

Then, after seeing marchers carrying large photos of those killed, it sunk in. The message was not necessarily to learn, but to remember those who made the ultimate sacrifice.

I recalled an observation made by Iowan Bob Feller, once known as “the heater from Van Meter.” His major league Hall of Fame pitching career with the Cleveland Indians was put on hold for four years, because he probably was the first professional athlete to enlist in World War II.

Feller had reached the big leagues in 1936 at the age of 17, but he enlisted in the U.S. Navy in December 1941, the day after the attack at Pearl Harbor. He served in combat in the Pacific aboard the U.S.S. Alabama and was called a hero.

But after returning from military service, Feller would say, “I'm no hero. Heroes don't come back. Survivors return home. Heroes never come home. If anyone thinks I'm a hero, I'm not.”

People might question Feller’s take on heroism, because so many who did come back from wars served heroically with valor and courage and suffering.

But his comment is a good counterpoint when the grieving too often seems overcome by much of the flag waving that praises those who suffered, but does not hold decision makers accountable for being almost too ready to rush to combat at the expense of others. That’s why the remembrance ceremonies are so moving.

Top photo of wreath and image of ANZAC Day parade provided by the author and published with permission.