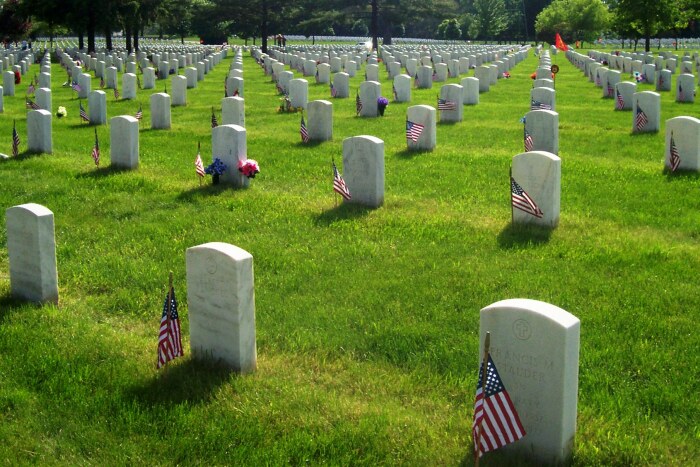 One Veteran's perspective on the meaning of Memorial Day:

You're asking yourselves, "who is this guy and why is he here?"....I wondered the same thing when Linn County Director of Veteran Affairs Don Tyne called me several weeks ago from the Commission meeting to ask if I'd be willing to speak today.

Why me, I asked? I'm not a retired general, not a Medal of Honor recipient, not a Congresscritter or Governor or the like....heck, I'm not even running for office....

Don said "Nailed it!" Apparently the qualifications for this mission were that I was available, work cheap, and I'm not announcing a bid for President of the U.S.!

I asked Don what I should talk about, as he's done this gig before. He was rather emphatic: No Politics! Now, Carl von Clausewitz said, "War is the continuation of politics by other means."...or as I like to think of it, War is Politics with a lot of high-speed, low-drag pointy bits that will mess you up something fierce.

But I know what he meant. This is not the day for discussions political, there'll be plenty of time for that tomorrow, and tomorrow's tomorrow. Don said to talk about what Memorial Day means. Sounds easy, right? Clearly this is Don's payback to me for the fluorescent pink shirt 😉

Well, then, what is this day about?

Looking at the adverts in and on the media, it's about Big Savings on mattresses and cars and such. It's the unofficial start of Summer, with pools opening, picnics in the park, graduations, the aroma of grills. It's about trading the layers of thick insulating clothing for layers of bug spray and sun screen. It's about three days off, a long weekend, maybe some travel. Did I mention the big savings on......

As a kid, Memorial Day weekend was when my family went and put flowers on the graves of those who were no longer with us, attended the various ceremonies in town or at the nearby Air Force Base, etc.

I was at the Rock Island Army Depot recently, and stopped to spend some time in the National Cemetery. The headstones of my Brothers- and Sisters-in-Arms there reminded me of formations I stood in when I wore the boots - dress right dress, precision alignment - and reminded me of the headstones in the Revolutionary War section of the cemetery back where I grew up.

Interesting thing about national cemeteries....the headstones are all essentially identical. Regardless of rank, race, religion, branch, station, all are equal at final muster. We all bleed red, and incoming fire is equally contemptuous of all who hazard in its path.

I spent time looking at the Grant Wood stained glass and the museum exhibits here, spent time in quiet contemplation memorial park where this event was originally scheduled to be held, and by the eternal flame in the Marion town square (it's right by our cannon. Don't get any designs on us, Cedar Rapids, else Mayor Nick might just round up the old boys who still remember how to use it). I spent time looking through the scrap books and Internet sites........

I asked some of my friends what Memorial Day means to them.

My young friend who currently serves in the Army Reserves said it's about remembering those who came before us. My Vietnam Vet buddy told me it's about reflecting on those he served with, especially those who didn't make it home, the ones who died next to him. My Gold Star Family friend said it's a day to remember family.

Many are familiar with the poem, "In Flanders Fields," written in 1915 by Lieutenant-Colonel John McCrae of the Canadian Expeditionary Force. It's often read on occasions such as this, the voices of the fallen calling out to those who may follow. "In Flanders Fields, the poppies blow..." Many wear poppies in remembrance, thanks in large part to this poem.

There have been quite a few pieces written in response to Colonel McCrae's poem, I'd like to share one of them with you....

Rest ye in peace, ye Flanders dead
The fight that you so bravely led
We've taken up. And we will keep
True faith with you who lie asleep,
With each a cross to mark his bed,
And poppies blowing overhed,
When once his own life-blood ran red
So let your rest be sweet and deep
In Flanders Fields.
Fear not that ye have died for naught;
The torch ye threw to us we caught,
Ten million hands will hold it high,
And freedom's light shall never die!
We've learned the lesson that ye taught
In Flanders' fields.

To my heart, Memorial Day is the most sacred day of the year. It is, first among many things, a day to remember those who signed the proverbial blank check, payable to We The People, and ultimately had that check cashed.

I never met Corporal Campbell. Indeed, I had no personal connection to him until many years after his death in a jungle in Southeast Asia. Jimmy Lee has had an impact on my life by being the brother of my friend Lynda, who took me with her to visit him - his name on the Moving Wall - when it visited here some time back.

Sometimes the blank check is cashed in far away lands, on battlefields and waters and skies rife with the hounds of war.
What is this day about?

Army Specialist Pimental is another man I never met. He was a contemporary of mine, stationed in the same part of Germany as I was back in the mid 1980s. He was living his life as a young soldier, serving his country....when he was killed by terrorists. Could have happened to any of us.....

Sometimes the blank check is cashed after the battle is seemingly over, while preserving the peace.

Colonel Williams was my battalion commander when my unit deployed to Southwest Asia for Desert Storm. Working in the battalion operations cell, I got to know Colonel Williams as well as a young corporal could know someone with that much brass. He was a good leader, a mentor, someone I deeply respected. We were fortunate, the men and women of 1st Signal Battalion. We all who deployed all came home to our loved ones.

Colonel Williams died years after that war from cancer caused by Agent Orange exposure from his service during a previous war—Vietnam.

Sonia was a friend of mine, of many in our community. A war veteran, she struggled with the after effects of her service even as she fought to take care of our community, serving those less fortunate. Sonia left us in March of last year [2018], and her absence is felt by many.

Sometimes the blank check is cashed when the war that follows us home will not leave us be.

I don't know if there's a Heaven where our heroes rest, or if they're waiting for us to join them in their eternal feast in Valhalla, or something else entirely.

But what I do know is that as long as their names remain in our memory, they live on. I will remember Jimmy Lee, Edward, Thomas, and Sonia....

I ask that each of you take a moment, turn to someone next to you and speak the name of a hero no longer with us, so that they may live on.

So what is this day about?

They would join us in celebrating if they could, so let us celebrate for them, because of them. Invite them into your thoughts and prayers and actions today and every day. Let them live in your moment, dedicate some of your joy to them. We thank them best by living our lives fully, for that is what they wanted for themselves and for all of We The People.