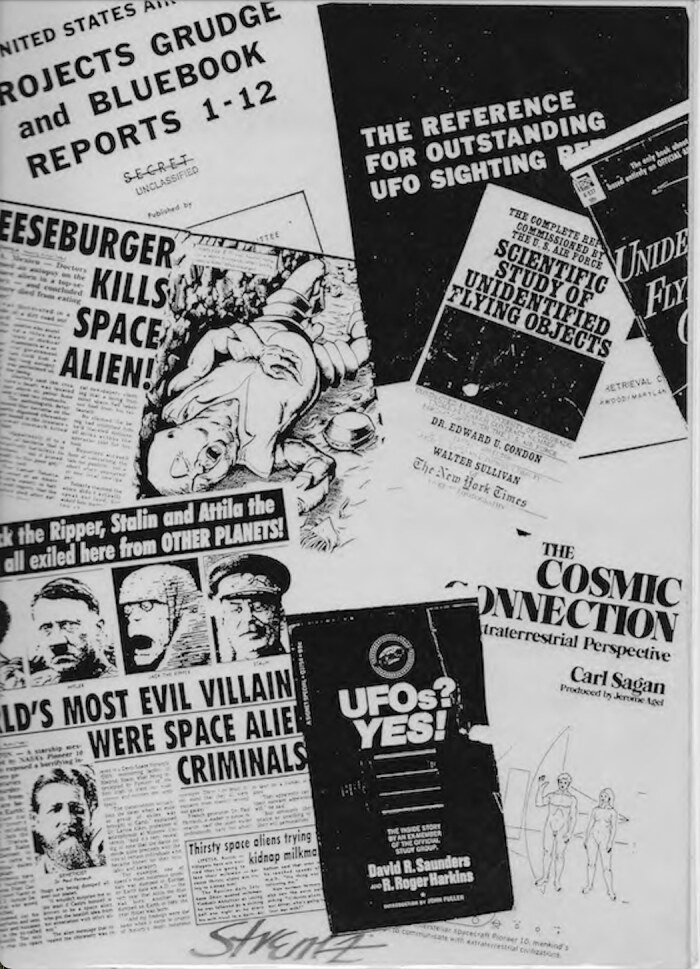 Notes on 75 years of flying saucers

Herb Strentz, a frequent contributor to Bleeding Heartland, wrote his Northwestern University PhD dissertation on press coverage of flying saucers/unidentified flying objects. He also was a research associate with the Defense Department project on UFOs conducted by the University of Colorado in the late 1960s.

I offer some bits of UFO trivia and story telling as part of the 75th anniversary of the onset of the flying saucer phenomenon. That’s generally taken to be June 24, 1947, when Kenneth Arnold, a private pilot from Boise, Idaho, reported seeing disc-like objects over the Cascade Mountains.

Just a month after Arnold’s sighting, the United States Air Force was created as a separate branch of the armed forces on July 26, 1947, and would be haunted by the saucer phenomenon, even to this day.

A nagging question was “Why couldn’t the world’s mightiest and most expensive air force explain to its citizens what they were seeing in the sky?”

Saucers, however, came to be a scientific and political issue, not a military one.

After all, the two givens of the phenomenon are (1) At least 95 to 97 percent of the sightings are of natural or man-made phenomena and (2) After a few years, and certainly after 75 years, it is reasonable to say whatever it is that may constitute the relatively few puzzling reports is not hostile, does not pose a threat to national security.

Nonetheless the Air Force was saddled with explaining, not investigating, saucers or Unidentified Flying Objects for least 20 years officially—and even after closing its Project Blue Book operation at Wright-Patterson Air Force base in Dayton, Ohio, in 1969. 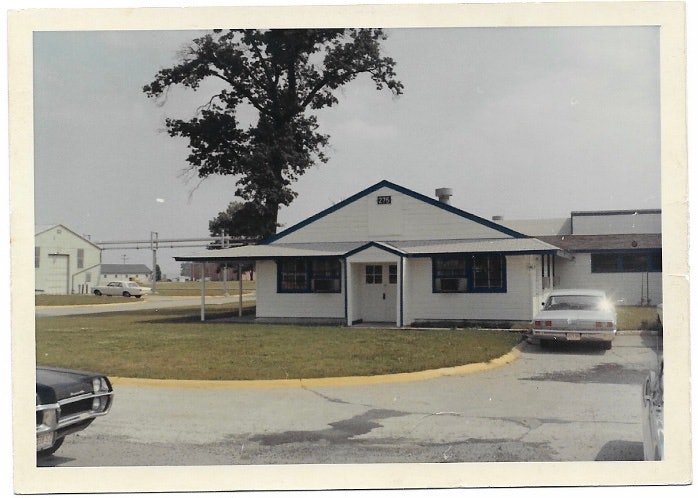 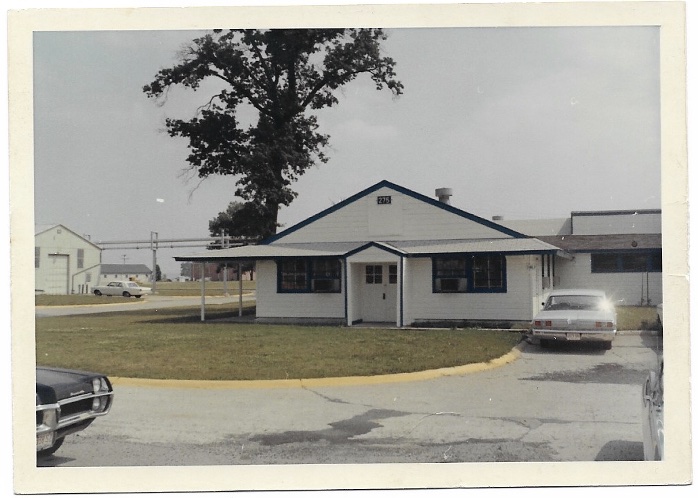 These supposed UFO pilots don’t appear in Air Force reports, nor in any accounts of supposed contacts with extraterrestrial aliens. Little green men do abound in “news” articles or commentary.

Perhaps the first press link between saucers and “little green men” was in a July 9, 1947 humor column by Associated Press writer Hal Boyle. The color label stuck — so much so that when two men supposedly saw metallic silver aliens near Hopkinsville, Kentucky, in August 1955 they were nonetheless widely reported as “green.”

The stereotype was reinforced by reporting its absence. So a press report might note, “no little green men were seen” —  reinforcing the fiction.

Maybe green made sense because that’s not a human complexion, and “little” black, brown, or yellow men might be threatening to whites. Further, race supremacists would not tolerate thinking white men might be “little.”

Occasionally a news reporter might check with the North American Air Defense Command, asking if NORAD had detected any UFOs in its sky surveillance. Predictably, the news was NORAD didn’t see any UFOs.

That was accurate because NORAD had no UFOs. However, NORAC did have UCTs (UnCorrelated Targets)— blips that were ignored or gated out of the defense system.

UCTs were presumed to be non-hostile because they were slow or did not follow a ballistic trajectory. At a July 1968 UFO symposium, Dr. J. Allen Hynek, the Air Force scientific consultant on UFOs, said the number of UCTs trashed by NORAD likely was several hundred a month. No UFOs, though.

Major and then Lt. Col. Hector Quintanilla was director of Project Blue Book from 1963 until 1969. I had correspondence and conversations with him over the course of two or three years. He was always candid and open.

For example, on the political front, he said the Air Force was very reluctant to call a UFO sighting a hoax, even when that was the case.

Well, the 12,000 or so UFO reports that Blue Book dealt with came from U.S. citizens. Citizens are voters. Voters have members of Congress, who vote on defense appropriations. They might not take kindly to having the Air Force calling a constituent a liar or fraud.

So with his staff of four or five others, including a secretary and the scientific consultant, Quintanilla did his best to explain the causes of UFO sightings. He lacked the resources to investigate many. And anyway, an investigation might be a lost cause, when all you have to go on is, “I saw something in the sky.”

Flying saucers: A cover for Commies?

After four or five years, when it was apparent that saucer reports themselves were not a military issue, the Air Force had a chance to shed the flying saucer albatross. A panel of respected scientists, the Robertson Panel, met in January 1953 to review the air force role and offer advice on what to do.

The Central Intelligence Agency had recommended such a review after an August 1952 wave of UFO sightings over Washington, DC. CIA representatives at panel meetings voiced concern that panic or other public reactions to flying saucer reports might serve as a distraction or a cover up for Soviet action against us.

So instead of relieving the Air Force of UFO matters, it was decided that the better course might be for the CIA to “debunk” the flying saucer phenomenon and educate the public to reduce their interest in it. (The Gallup Poll had found that as early as summer of 1947, public awareness of flying saucers was higher than any other subject the Poll had ever addressed.)

Back to the drawing board

The public and press fascination with saucers did not abate. As UFO reports continued, in 1966 the Department of Defense contracted with the University of Colorado for a recommendation on what to do now. This two-year, $500,000 project resulted in a January 1969 recommendation, giving the Air Force an exit:

So the Air Force no longer would be a convenient news source for reporters to go to for easy, readable stories about “little green men.”

Carl Sagan (1934-1996) was among the best-known scientists of the 20th century, thanks to his brilliance in exo-biology — his description of his field —  and as a TV personality. (His breadth of interests and public acclaim may have been why in 1968 he was denied tenure at Harvard. He was warmly welcomed at Cornell—the university in Ithaca, New York, not the college in Mount Vernon, Iowa.)

Sagan visited the University of Colorado project in the summer of 1967. In his whimsical and yet credible style, he offered this tongue-in cheek take on flying saucers:

Our technological advances meant we could not hide in the universe. So, Sagan suggested, maybe saucer-riding scouts visited to see whether Earth might be a good fit in intergalactic government. They reported back, “Nope. Too violent. Earth was so hell-bent on self-destruction, it would pose a threat to galactic peace and quiet.” So Earth was and continues to be quarantined, off limits to the civilized societies in the Universe.

Nothing in the past 55 years has taken the edge off Sagan’s whimsy .

Our Congress, unable or unwilling to deal with climate issues, gun control, domestic terrorism and other concerns, recently held a hearing on UFOs, after some puzzling reports renewed interest.

But hear again from Sagan: “Extraordinary claims require extraordinary evidence.” That’s something to bear in mind, given the certainty that reports of UFOs will continue.

We already have enough eyes in the sky to provide extraordinary evidence when and if the time comes.

And besides that, the question of visits from outer space may be moot if we’ve been quarantined.