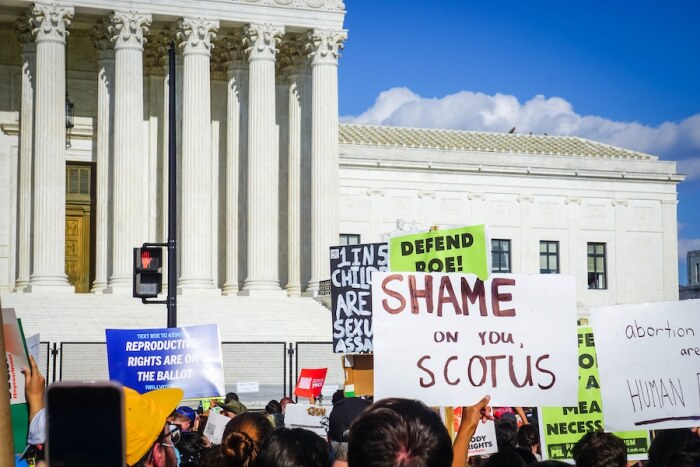 Dan Guild: Seven of eight nationwide polls taken since the Dobbs opinion was released showed higher support for Democrats since the prior survey from the same pollster.

I hope to write more about generic ballot polling in detail, but for now I want to write about the U.S. Supreme Court overturning Roe v. Wade and the 2022 election. To date, eight nationwide polls have been completed since the court released the Dobbs opinion on June 24.

When analyzing how an event affected public opinion, it is important to compare surveys from the same pollster over time. This table summarizes each and highlights the change.

Notably, of the eight polls taken since the Dobbs opinion was released:

It does not appear at this moment that overturning Roe is a game-changer. However, the impact of events often takes several weeks to be fully felt (this was the case with the 2021 withdrawal from Afghanistan, for example).

In a polarized electorate, the effect is not trivial.

One more point worth noting, which indicates just how odd 2022 is so far. On average, the Democrats are running nearly 6 points ahead of Biden's job approval, and a whopping 17.9 percent ahead of Biden's net approval. I have studied polling history as much as anyone - this gap is shockingly large.

Most of what we know about the history of mid-term elections suggests most undecided voters will break against the party in power when the president is unpopular. But there isn't a good historical parallel for the size of this gap.

It represents, I think, a sense that things have gone very wrong in the United States and that neither party is regarded very favorably. This isn't surprising—when you look at the right direction/wrong track polling, you find it is as bad as it ever has been. The Monmouth Poll found 88 percent of respondents thought the county has gotten on the wrong track. 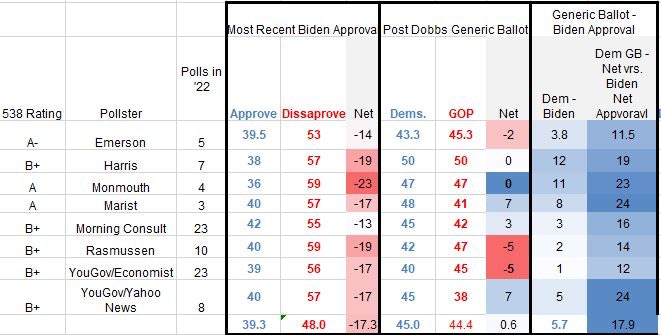 The American people are not happy—that is very clear from the polling. What that means for November 2022 is hard to predict.

UPDATE: Via a direct message, Kyle Kondik (the managing editor for the forecaster Sabato's Crystal Ball) noted that there is a problem with the YouGov polling on the generic ballot. On July 6, YouGov released a new poll with corrections applied, which showed the Democrats leading 43-40. There is no baseline, but the YouGov polling must be regarded with suspicion; it is the only poll that showed no movement following the Dobbs decision.