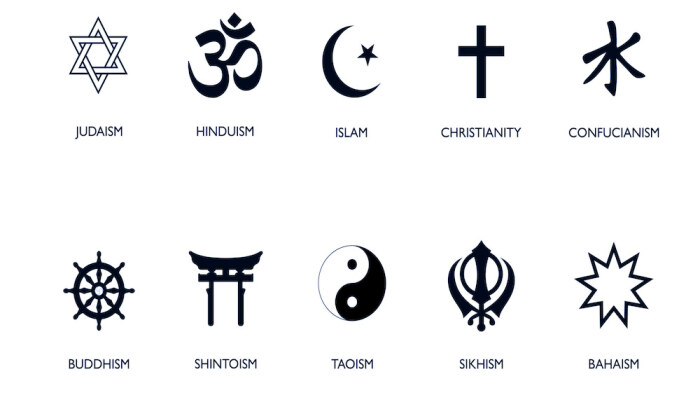 Are we a Christian nation?

Henry Jay Karp is the Rabbi Emeritus of Temple Emanuel in Davenport, Iowa, which he served from 1985 to 2017. He is the co-founder and co-convener of One Human Family QCA, a social justice organization.

One of my seminary professors told a story about a time when he was invited to address a group of Jesuit priests. He opened his remarks by saying, "I'm a Jew. I want to let you know that we're right and you're wrong!"

As you can imagine, that remark caused quite a stir in the audience. He then went on to say, "That's OK because you believe that you're right and I'm wrong! With that understanding, we can begin to dialogue." At the time, I was quite taken with that story. What a wonderful way to open an interfaith dialogue!

But over the years, I came to view these things in a somewhat different light. It really isn't a matter of "who's right and who's wrong" when it comes to religious beliefs, for there really isn't one answer which will be revealed by God as some "end of days" event. It's really more of "What's right for me" and "What's right for you." As for God, any road which leads to God and demands of us ethical behaviors is the right one.

Over the years, I have explained this belief, using various analogies:

There was the mountain-climbing analogy. There are two paths to the top of Mount Everest and six paths to ascend K2, the planet's second-tallest mountain. Each of these paths is distinctive in its own way. Still, regardless of the path a climber might choose, they all lead to the same top.

In like manner, there are many faith traditions, each taking us along their own distinctive paths of rituals, theologies, and values, but their goal is a common one, leading their adherents to a closer relationship with God.

Then there was the family analogy. There are healthy loving families with multiple children. These parents love all of their children. They love them equally but differently. The relationship between a parent and an individual child is framed by the child's unique personality, for parents love their children in ways that are meaningful and needed according to the activities, interests, and unique character of each child. Still, at the end of the day, each child is loved wholly but differently.

So it is with God. God's love relationship with the adherents of each faith tradition is a complete love, defined uniquely by the nature of the faith tradition, with all God-loving faith traditions being loved by God equally.

There are several other analogies that I have used, like relationships with friends, favored styles of clothing, and so on, but I hope you get the point. The ultimate point is that God created us, and the entirety of the universe, with magnificent diversity, and the Creator of diversity not only welcomes but loves diversity. Indeed, living our diversity and respecting the diversity we encounter in others is yet another way we show our love of God and honor God's creative miracles.

When the Founders of our nation sought to frame our national values, establishing a nation that respects and appreciates diversity was foremost on their minds. That is why they dedicated the First Amendment of our Constitution to safeguarding diversity, especially religious diversity. That should not be surprising, considering that so many of the earliest European settlers on our continent were fleeing religious persecution in their homelands.

The First Amendment's "Establishment Clause"—“Congress shall make no law respecting an establishment of religion, or prohibiting the free exercise thereof..."—was a magnificent gift to the generations of Americans that followed after them. It was a clarion call to live their lives by being true to themselves and their beliefs while acknowledging that others, with different beliefs, possessed that very same right, and that our nation was dedicated to not ever imposing the beliefs of one faith group upon all faith groups.

Are we a Christian nation? Absolutely not! We are a nation of many faiths and many diversities, all of whom are welcomed and respected. As it says on our money, E pluribus unum, meaning "out of many, one." Out of many different kinds of people, we are one nation.