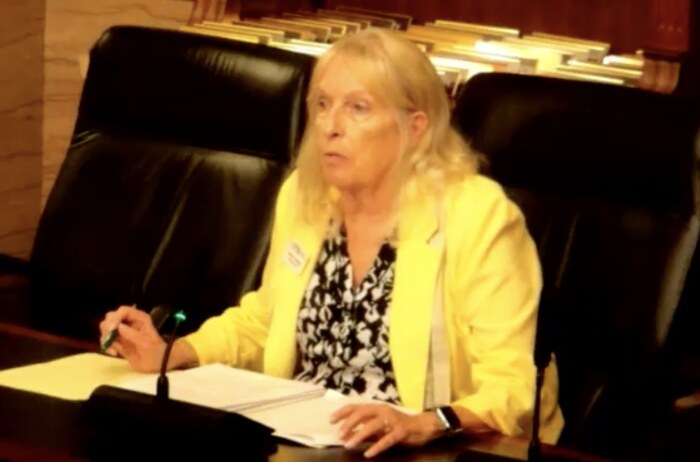 Board to scrap proposed open records rules, for now

UPDATE: The Iowa Public Information Board voted on August 18 not to proceed with these draft rules. They may look at open records rules again in the future but did not schedule a date for beginning the process. Original post follows.

The Iowa Public Information Board will not move forward with proposed administrative rules regarding open records requests, the board's executive director Margaret Johnson told members of the Iowa legislature's Administrative Rules Review Committee on July 19. Instead, the board's rules committee will consider feedback next month and put the matter on the agenda for the full board's September meeting.

Board members have not yet determined whether to let the proposed rule die by taking no action, or whether to post a formal notice of termination. Nor have they decided whether to draft a new version of open records rules after scrapping their first effort.

Johnson said the board had heard from eight speakers at a public hearing on July 11 and received nineteen written comments on the draft rule. (Board staff provided copies of those comments to Bleeding Heartland.)

When summarizing for state lawmakers the criticism the information board received, Johnson did not mention transparency advocates' concerns about language that would create new excuses for officials wanting to delay providing records. Rather, she highlighted three objections offered by those representing government bodies.

First, some argued that the Iowa Public Information Board lacks the authority to issue any rule imposing time frames for compliance that are not spelled out in Iowa's public records law, known as Chapter 22. The draft rule required government bodies to acknowledge public records requests within two business days. But groups including the Iowa State Association of Counties and Iowa County Attorneys Association noted that the open records statute does not require any acknowledgement of records requests, let alone within two days. The Iowa Association of Municipal Utilities cited some relevant case law on agencies' rule-making authority.

Johnson explained to lawmakers that the board wanted to spell out a concrete way to handle records requests because they have received an "increasing number of complaints" related to requests that the government body never acknowledged. But lawmakers typically don't want agencies makes rules not grounded in the law.

Jessica Reynolds, executive director of the county attorneys group, wrote in her group's comment to the information board,

If this rule is implemented, complaints by complainants to the Iowa Public Information Board will be subject to such 2 day requirement under the rules. However, persons who immediately file in District Court, will have no such claim of a 2 day requirement violation because there is absolutely nothing about this in Iowa Code Chapter 22. This sets two different legal standards and is another reason that exceeding statutory authority is so problematic.

Many of the government bodies argued that the two-day time frame for acknowledging requests would be burdensome and unworkable. The Iowa League of Cities pointed out that hundreds of small towns have no full-time staff or capacity to monitor and respond to requests so quickly.

Republican State Repesentative Megan Jones, who is vice chair of the Administrative Rules Review Committee, told Johnson that some towns in her district may have a clerk working only one or two days a week. It would be impossible for those governments to respond to every records request within two business days.

Reynolds wrote on behalf of the county attorneys association,

ALLOWING REQUESTS TO BE SUBMITTED THROUGH SOCIAL MEDIA

There was also considerable pushback on language requiring government bodies to acknowledge any "request received by other means, including social media." For example, Clive city clerk Matthew Graham wrote to the board,

Windsor Heights police and fire chief Chad McCluskey mentioned a June 3, 2022 post by the Des Moines Police Department, which inspired 439 comments and 118 shares. "Under the proposed rule change, are government entities expected to review all 439 comments, and all comments on all 118 shares to ensure someone didn’t put something which could be construed as a request for records within those comments?"

During the Administrative Rules Review Committee meeting, Jones said she had received many calls about the social media provision alone, which she described as "impractical." She told Johnson, "I want to make it very clear that these rules are terrible, and you should just start over."

Jones did not respond to Bleeding Heartland's telephone and email messages seeking to clarify whether legislators were concerned about language allowing government bodies to delay providing records due to "unforeseen circumstances"—another concept not found anywhere in the open records statute.