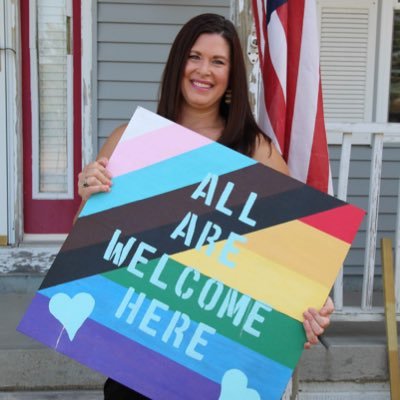 Shawna Anderson: Birth control pills may have saved my life and also helped me to conceive.

When the U.S. House approved a bill in July to protect Americans' access to birth control, 195 Republicans voted no. Those House members, including Iowa's Representatives Ashley Hinson, Mariannette Miller-Meeks, and Randy Feenstra, opposed codifying not only my right to access family planning, but also my health care.

As a 43-year-old married mother of two and grandmother, I never thought I would see the day that I needed to defend access to any reproductive care, but here we are. After the U.S. Supreme Court overturned what I grew up hearing was the law of the land, Democrats are trying to ensure that people like me will have access to the health care we need.

A friend once told me we should call birth control hormone therapy, because that's really what it is. Not only does it aid in family planning, but it can treat some medical issues. Let me tell you how birth control/hormone therapy may have saved my life and helped me to conceive.

In 2002, I had taken my two children shopping. As we were headed to the car, I doubled over in pain. The pain hit out of nowhere. My 6-year-old helped me unload my 7-month-old from the shopping cart into the car seat. I had no idea what was happening, but by the time we were close to home, maybe a 15-minute drive at most, I could tell I was bleeding vaginally.

I was on a low hormone birth control and still breastfeeding with some supplementing at the time, so I knew I hadn't started my period. I had my daughter go into the house to ask my husband to come out and get my son from the car. I told him what was happening and drove myself to the ER, which was just around the corner.

The doctor there wasn't much help, but when I called my OB/GYN first thing the next morning, they told me to come in immediately. They did an ultrasound to rule out an ectopic pregnancy and discovered I had an ovarian cyst with more than three-fourths of a cup of fluid in it. This cyst was growing fast; I had just had my yearly exam three months prior. The cyst had (forgive my lack of medical terminology here) contorted my ovary over into the side of my uterus, causing the bleeding. I had surgery two days later.

During surgery, my doctor could see scarring left from past cysts that had ruptured before becoming too problematic. I was put on a special birth control pill, one that kept my hormones level, as opposed to the more common oral contraception that changes the level of hormone throughout the month.

This was before the Affordable Care Act, so our health insurance didn't have to cover my medication, no matter how many letters my doctor sent explaining why I needed this particular type of birth control. My husband even offered to have a vasectomy because of the cost of the pills. But for me, they weren't just for family planning. They could prevent a cyst from developing that could cause internal bleeding or even kill me.

I remained on that same hormone therapy until my eventual hysterectomy.

Surprisingly, birth control pills also helped us to conceive. I went to my doctor, concerned after not getting pregnant despite trying for quite some time. My doctor asked me about my cycles, which had never in my life been regular. I would have a period lasting a week or two, then have a week or two before the next one started.

My much older self now sees how I couldn't get pregnant, but at the time I was heartbroken. My doctor said he was going to put me on the pill. I remember bawling on the table. That was the complete opposite of what I wanted. I wanted another baby so badly. Then he explained that I was to take the pill for three months, and if I wasn't pregnant within three months of coming off the pill, to come back in.

My doctor bet me that I would be back, pregnant, before that three months was up. He was right. Three months of birth control regulated my cycle so I became pregnant in the first month after coming off of it. The result was the 7-month-old I mentioned above.

Birth control is hormone therapy. Birth control is medicine. Those 195 House Republicans who voted against guaranteed access have no idea what it's like to be in my shoes, or the shoes of so many like me.

Contraception also gives us the lives we want. Not everyone wants children right now, or ever. And that is okay.

I believe in access to birth control for family planning. I also know that for some of us, it's medicine we need in order to live healthy lives, or even add to our family. Birth control can be used for many other medical issues too. Why would 195 House Republicans want to deny anyone guaranteed access to their health care? The only reason I can think of is for control.

Shawna Anderson was the 2020 Democratic candidate in Iowa House district 22. She lives in rural Oakland and owns a salon in Council Bluffs. She fosters rescue dogs and lives for getting into good trouble, but only fights righteous fights.