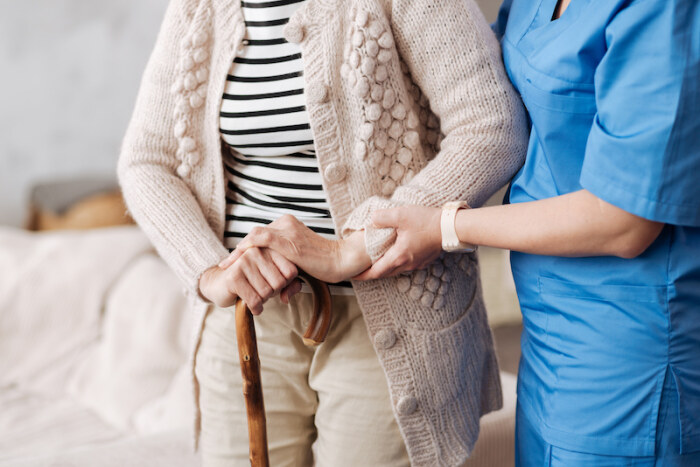 People in the health care field have worked their tails off since the COVID-19 pandemic hit Iowa with a vengeance in 2020.

Doctors, nurses, and all manner of technicians and support staff have performed heroically under circumstances that often were trying.

But the death this year of a patient at a Centerville care center has struck a chord with many Iowans — and not just because COVID claimed another life. The reaction has ranged from sadness to anger because the person’s treatment was unprofessional, uncaring and incompetent, if not bordering on criminal.

Clark Kauffman, an investigative reporter at Iowa Capital Dispatch, broke the news about the death. Because of medical privacy laws, the person’s name, gender, age and hometown are being kept confidential by the Iowa Department of Inspections and Appeals.

Even without those details, the department’s records lay out a horrible sequence of events in the final weeks of the person’s life. Through those records we see this patient was all but abandoned by Centerville Specialty Care and its employees.

That by itself would have been troubling. But this tragedy illuminates a far larger issue — the inadequate oversight Iowa state government gives to the nursing homes and care centers that house our most vulnerable residents.

These people are no longer able to look after themselves. Many do not have relatives close by to watch over their care. That’s why government licenses these facilities, sets standards they must meet, and then monitors them closely to know whether they are meeting state and federal regulations.

Here is one sign of this reality: The death in Centerville has brought no expressions of concern from our government leaders, no press releases, no press conferences, and no promises by lawmakers or the governor to improve the oversight of these facilities.

Governor Kim Reynolds has never been bashful about criticizing President Joe Biden for lapses by the federal government. But she has been silent since Iowa Capital Dispatch first disclosed the death in Centerville.

Records from the Department of Inspections and Appeals paint a damning picture of the inaction by employees at Centerville Specialty Care. The 67-bed skilled nursing center helps patients recover following illness or injury. The center is owned by Care Initiatives, a West Des Moines company that is Iowa’s largest operator of care centers.

The unidentified patient was admitted to the Centerville facility in January, with the goal of becoming well enough to transition back into the community. Four weeks later, on February 26, the resident tested positive for COVID-19.

That by itself is not surprising. The elderly are the most susceptible to contracting the disease.

But the person’s physician was not notified immediately by the Centerville staff of the positive test. Instead, the physician learned three days later, on March 1, when the person’s oxygen saturation level had fallen to 86 percent, well under the normal level of 95 to 100 percent.

The doctor prescribed an antibiotic, a steroid medication and other drugs for the resident. That same day, the doctor also ordered the patient be given supplemental oxygen, a chest x-ray, a laboratory test to detect anemia or infection, and a blood test to see if there were blood clots.

In a stunning display of incompetence, or coverup, a state inspector found the doctor’s orders were not entered into the care center’s computers until after the person’s death. That’s right — after the person died.

Staff nurses refused to speak with the inspector. The director of nursing said she could not recall details about the death. The care center administrator said she had no explanation for why her staff ignored the doctor’s instructions.

A state inspector also found the deceased resident’s medical records showed the person was diabetic. But on 53 occasions the Centerville staff failed to comply with the physician’s orders regarding the person’s blood-sugar levels. On 24 occasions just in February, the patient did not receive medications the doctor prescribed — and the doctor was not notified.

Stefanie Bond, a spokeswoman for the Department of Inspections and Appeals, told Kauffman that for 10 months in 2020, the federal government pulled state inspectors out of nursing homes because of concern about COVID-19. That order was lifted in January 2021, but state inspectors have been trying to deal with a backlog of complaints and routine inspections.

Kauffman’s reporting shows the Centerville tragedy is not isolated.

Toby Edelman, an attorney with the Center for Medicare Advocacy, a national nonprofit organization, told Kauffman two years ago,

John Hale of Ankeny, an advocate for Iowa nursing home residents, was more blunt, telling Kauffman in 2020, “Our Legislature, the body that is supposed to provide oversight of how our precious taxpayer dollars are being used, doesn’t seem to care.”