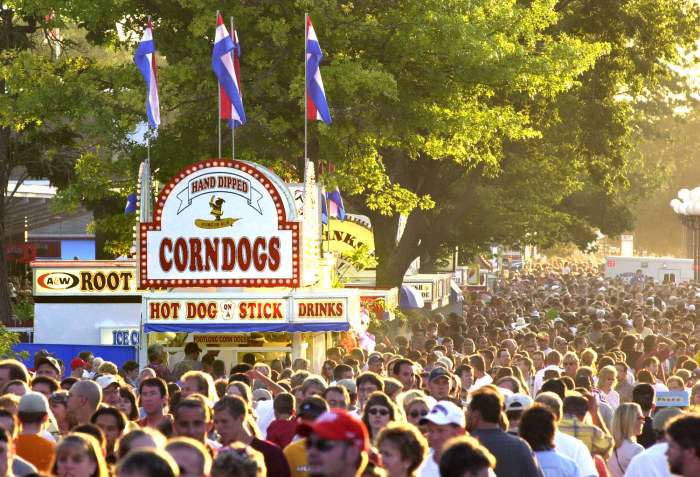 Herb Strentz laments how little news media content is geared toward having an informed electorate capable of self-government.

If the politics of the day make you uneasy or concerned with journalism aimed at entertaining, not informing, please join in this therapy session.

In the grand sweep of things, we start when, according to Shakespeare, a fatally wounded Julius Caesar uttered, "Et tu Brute?" and we end in contemporary times, as those upset with accurate reporting scream "fake news."

Going back 2,000 years to the Caesars, Juvenal, a Roman poet, coined the phrase panem et circenses — Latin for “bread and circuses.”

That was his take how the Caesars, the Roman Senate, and others maintained power.

As Wikipedia puts it: Juvenal used panem et circenses “to decry the ‘selfishness’ of common people and their neglect of wider concerns. The phrase implies a population's erosion or ignorance of civic duty as a priority.”

The “common people” might not be the only ones to flee civic duty. The well-to-do may be so insulated from government actions by dint of income or race that they do not care who wins a school board election, or even a national election, because “It can’t hurt me.”

So, in terms of “erosion of civic duty,” panem et circenses can apply to those who need help and those who won’t help. It doesn’t matter if it’s literal bread or a modest dollar dole, which may have been Juvenal’s point.

After all, when it comes to “bread,” it’s not likely Juvenal had Iowa State Fair food in mind— even though he might have been impressed that its 2022 “new food” list would offer more than 50 novel concoctions.

When it comes to diversion, however, we may rival the Coliseum of Juvenal’s day, what with our RAGBRAI, the millions of public dollars being spent on the Field of Dreams, the state fair and other times of fellowship and celebration.

“Boy, this is great!” is a reaction to such diversions, even if civic responsibilities suffer — like not funding public education adequately as the governor and others throw $45 million in public money at the Field of Dreams.

The “circuses” have long been welcomed because the hot and humid days of July and August, the so-called “the dog days of summer, warrant escape. (Why “dog days”? — because “Sirius” (Canis Major, the dog star) accompanies the sunrise.)

For us, the “dog days” became a time to catch our breath before fall and the hot air of political campaigns and upcoming elections.

We survived and kept democracy alive.

But the context of all that has changed in recent years. Why? How?

Leslie Moonves, then-CEO of the CBS Corporation, summed it up in early 2016 in assessing Donald Trump’s presidential run: “It may not be good for America, but it’s damn good for CBS.”

That assessment drew such hostile reaction that Moonves sort of apologized, essentially saying he didn’t mean it was only CBS that raked in the dough; all broadcasters profited.

Still, it remains difficult to square Moonves’ view on Trump, and much of today’s journalism, with what James Madison envisioned with the 1791 adoption of the First Amendment to our Constitution — particularly with “Congress shall make no law…abridging the freedom of speech, or of the press.”

Over the years that constitutional protection was assessed as necessary to assure an informed electorate capable of self-government.

So we tolerate nonsense and absurdities in free expression as part of the sorry baggage we must carry to make the First Amendment work.

Turn on the TV, read the newspaper, or check your social media to see how little content is geared toward having an informed electorate capable of self-government.

Even that content becomes lost through a fascination with metrics, such as counting of online “hits” on a news website as a talisman of what the audience wants and will likely get tomorrow and the next day and the next.

Misuse of “metrics” is the villain of this post.

The havoc click-counting creates undermines what many social and political scientists believe is the prime purpose of the First Amendment — an informed electorate. As newsrooms pander to what will draw the most online traffic, they risk overlooking what a self-governing audience needs to inform itself.

Chasing the clicks not only drives what a paper chooses to publish or a broadcaster decides to air, but also provides a measurement to evaluate news room performance. The latter was a concern of the Washington-Baltimore Newspaper Guild, a union representing reporters, because “Metrics are already showing up in performance reviews.” (Former Des Moines Register reporters have expressed similar concerns.)

Based on click counts, a reporter producing “feel-good” stories about dogs and cats can always outperform a reporter covering a legislative hearing.

A book review of All the News That’s Fit to Click by Rutgers University professor Caitlin Petre made this point last October under the headline “Management by Metrics is Upending Newsrooms and Killing Journalism.”

The title may sounds extreme. Yet consider how a doctor’s office might operate under the metric mentality of a newspaper. Instead of providing treatment to deal with a diagnosis, the physician says to those in the waiting room:

Well, how many of you would like to have a treatment for neuropathy today? A lot of people have seen TV ads on it and my patients say the medicine — hah, hah — is to die for! We’ve found that treatments you choose on your own because you like them are better received than what we might recommend. Well, at least for the short run.

An emphasis on metrics works against reporters and columnists whose audiences are print oriented and also runs contrary to what David Kruidenier saw as the mission of the Register and Tribune newspapers when he served as president and publisher from 1971-1985.

As a community leader, Kruidenier (1922-2006) often tried to explain to his fellow movers and shakers why the papers reported what they did or took editorial stands against what the movers and shakers thought was the thing to do. He distinguished his “business” from theirs by saying “We have a First Amendment franchise.”

He took his mission as serving the public interest and protecting the franchise against even his own whims and wishes.

As we have the countdown to the November 8 election, what’s at stake as we deal with bread and circuses and the desire to have an electorate capable of self-government?

James Madison wrote in 1822, 33 years after he had drafted the core of the First Amendment:

Knowledge will forever govern ignorance. And a people who mean to be their own governors must arm themselves with the power knowledge gives. A popular government without popular information or the means of acquiring it is but a prologue to a farce or tragedy, or perhaps both.

Madison's words sound like a warning shot for us in 2022.