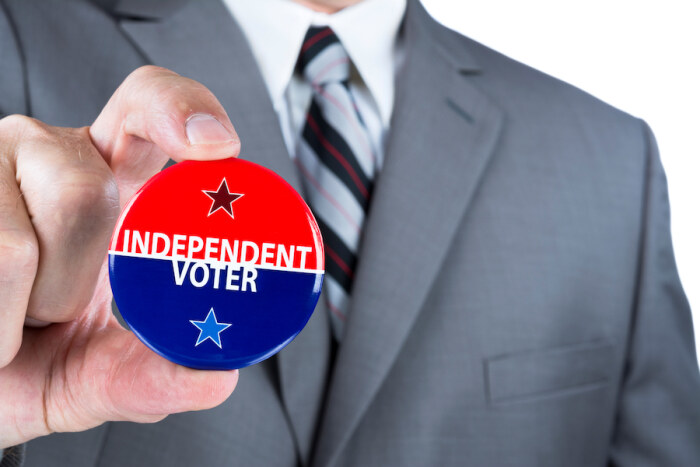 Steve Corbin is emeritus professor of marketing at the University of Northern Iowa and a freelance writer who receives no remuneration, funding, or endorsement from any for-profit business, nonprofit organization, political action committee, or political party.

It’s well known that on September 17, 1796, America’s first president warned citizens about the negative impact political parties could have on the country. In his farewell address, George Washington predicted that politicians and their party of preference could become “unprincipled.”

The divisiveness our political parties and their operative sons and daughters have purposely brought upon America is disheartening and shameful.

With the 2022 midterm elections only two months away, the negative partisanship ads have already begun. It’s a sad state of affairs we have to endure disinformation, misinformation, and political shenanigans every two years.

In June, a Yahoo News/YouGov poll found that 55 percent of Democrats and 53 percent of Republicans believe it is “likely” that the US will “cease to be a democracy in the future.” An NBC News poll that was in the field in August revealed 21 percent of registered voters ranked “threats to democracy” as the most important issue.

The democracy time bomb is ticking.

This should be a wake-up call to anyone who identifies as a proud American and values unity, individualism, equality, self-government, liberty and diversity.

Therefore, it could be argued that the November 8 election will foreshadow the 2024 presidential election result and whether we’ll continue to live in a “will of the people” democracy.

According to a nationwide Gallup poll in January, 42 percent of respondents identified as independents, 29 percent said they were Democrats and 27 percent Republicans.

Party diehards who view their party policies as the gospel will blindly vote for their candidate – just like lemmings who can’t think on their own accord -- even if she or he is the devil.

Independent voters are independent for a reason. They know we have a deeply divided and antagonistic political system. According to a Pew Research Center survey, about two-thirds of independents say they are swing voters because “both parties care more about special interests than about average Americans.”

Linda Killian, a senior scholar at the non-partisan Woodrow Wilson Center for Scholars notes about half of the independents are closet Democrats/Republicans who vote regularly with one party. The remaining 50 percent are truly independent with their allegiance swinging from election to election.

While Bitecofer, Gallup, Pew Research Center, and Killian can’t agree as to the precise number of swing and independent voters, the message is the same: somewhere between 38 and 65 million voters are sick and tired of our political party propaganda peddlers.

Recognizing that independents detest negative campaign ads, today’s negative partisanship ads by the GOP and Democrats may drive independents to be even more serious about voting than heretofore. And, we know a lot of card-carrying Democrats and Republicans aren’t too pleased with their party or its current and former elected officials.

It would be wise for every registered voter to take this midterm election seriously.

What type of citizen will you be on November 8: a sit-at-home-non-participating voter, a party lemming, swing voter or independent voter? Your heirs and our country’s future are dependent upon your precious vote, whether you view voting as a fundamental right or a privilege with responsibilities.