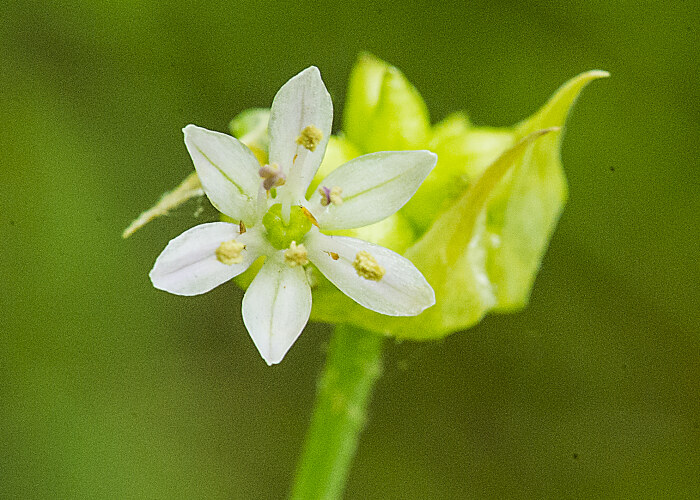 Whatever name you use, this wild Allium is the one you are most likely to find in Iowa. It is not a ramp and not a nodding onion. Several other wild Alliums are native to Iowa (including Allium stellatum, which is also called wild onion), but those are not very common.

This map from the Biota of North America Program (BONAP) shows the native range of Allium canadense in Iowa. 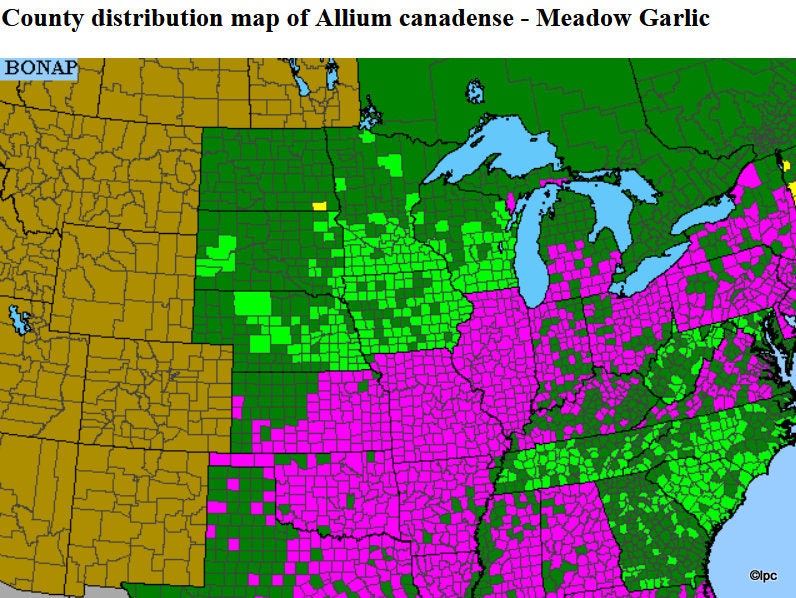 Several factors help identify Allium canadense, which is a native perennial. First, the leaves are flat, grass-like, and may be as long as or longer than the flowering stem.

Here is a plant (without the bulb, which broke rather than leave the dry earth) which shows this relationship. 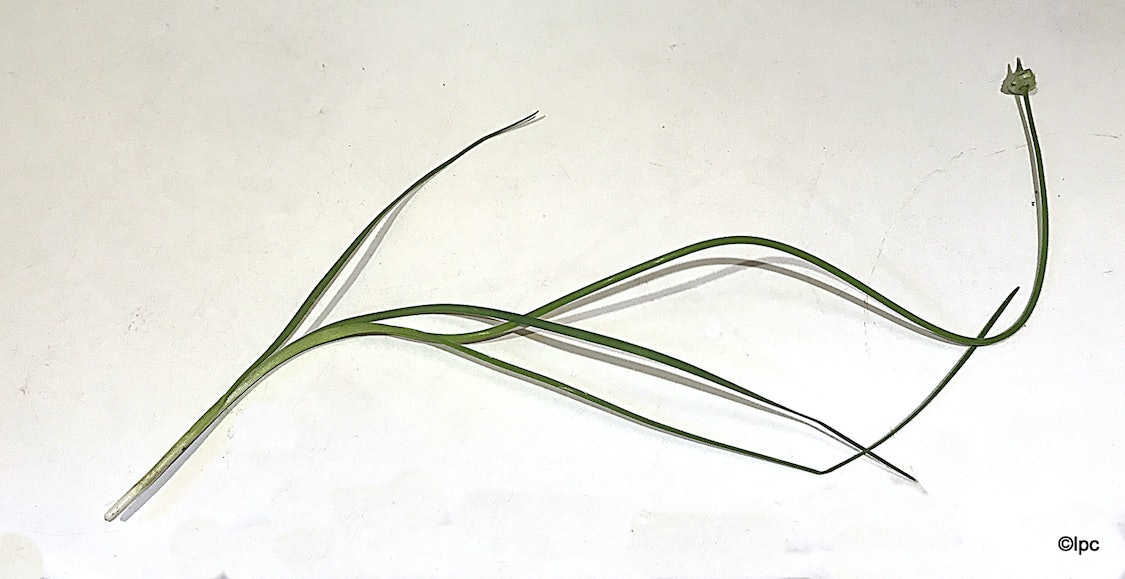 This feature means that in the spring, Allium canadense can be lost among the larger leaved lush growth of May: 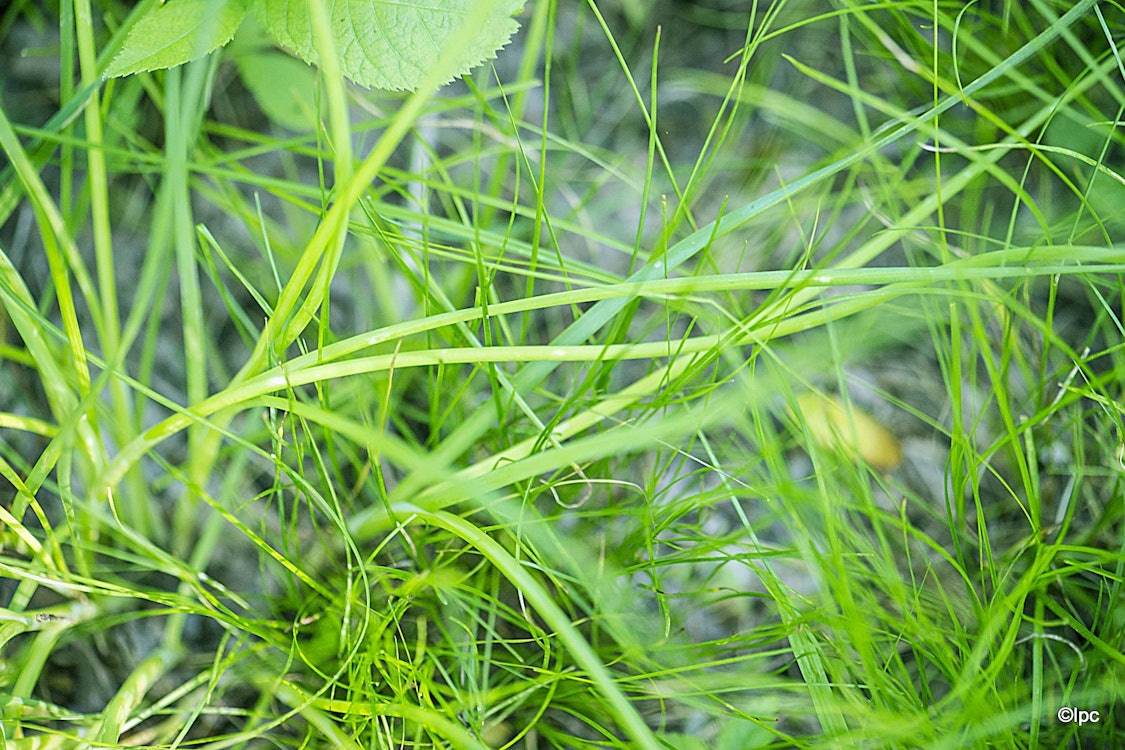 The next picture shows the plant as it begins to develop a capsule on the end of the round straight stem (only one per stem). The capsule is formed by the thin bracts that encase the flower and/or bulblets. 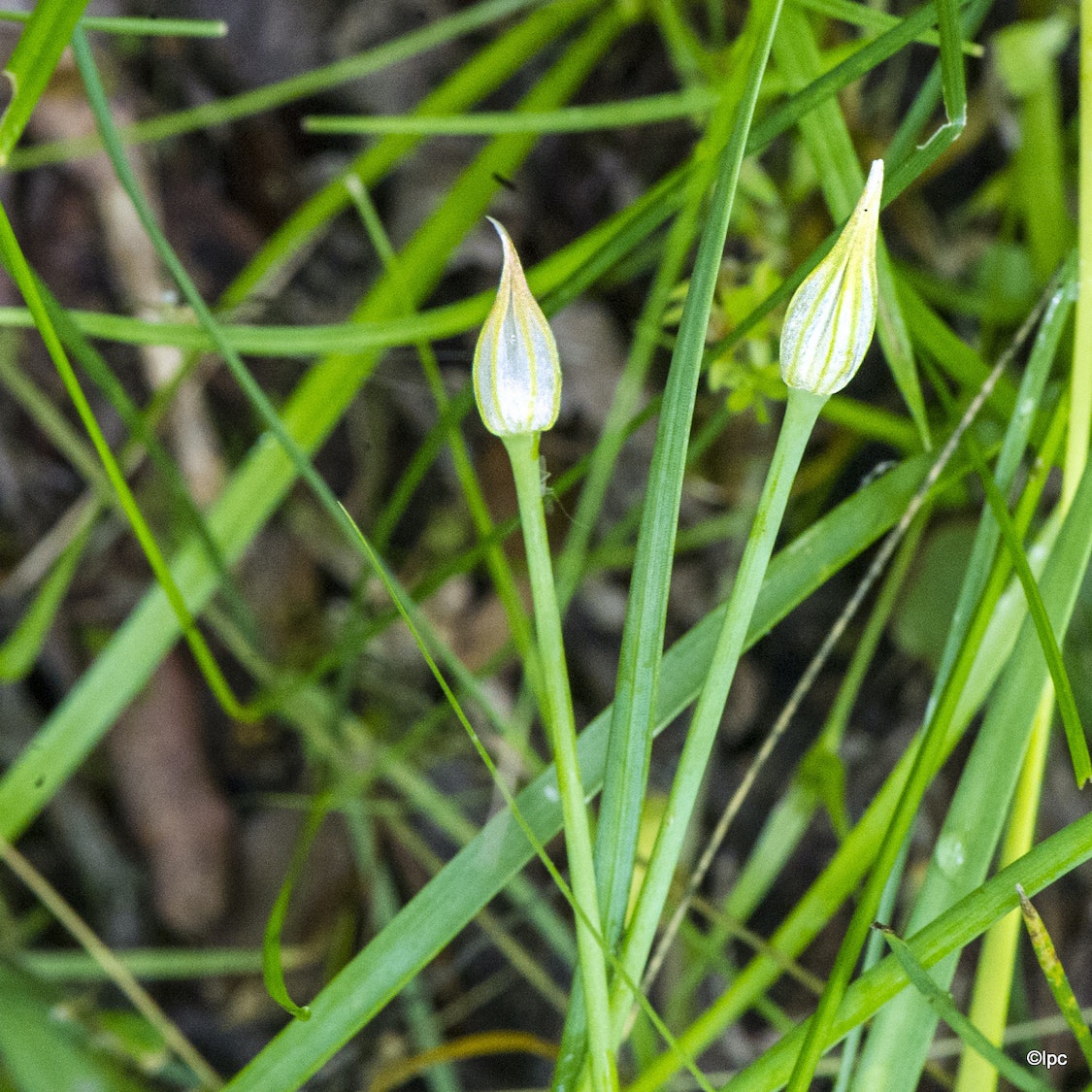 As they mature, they enlarge, and the bumps of the little bulblets under the paper-thin skin are apparent. 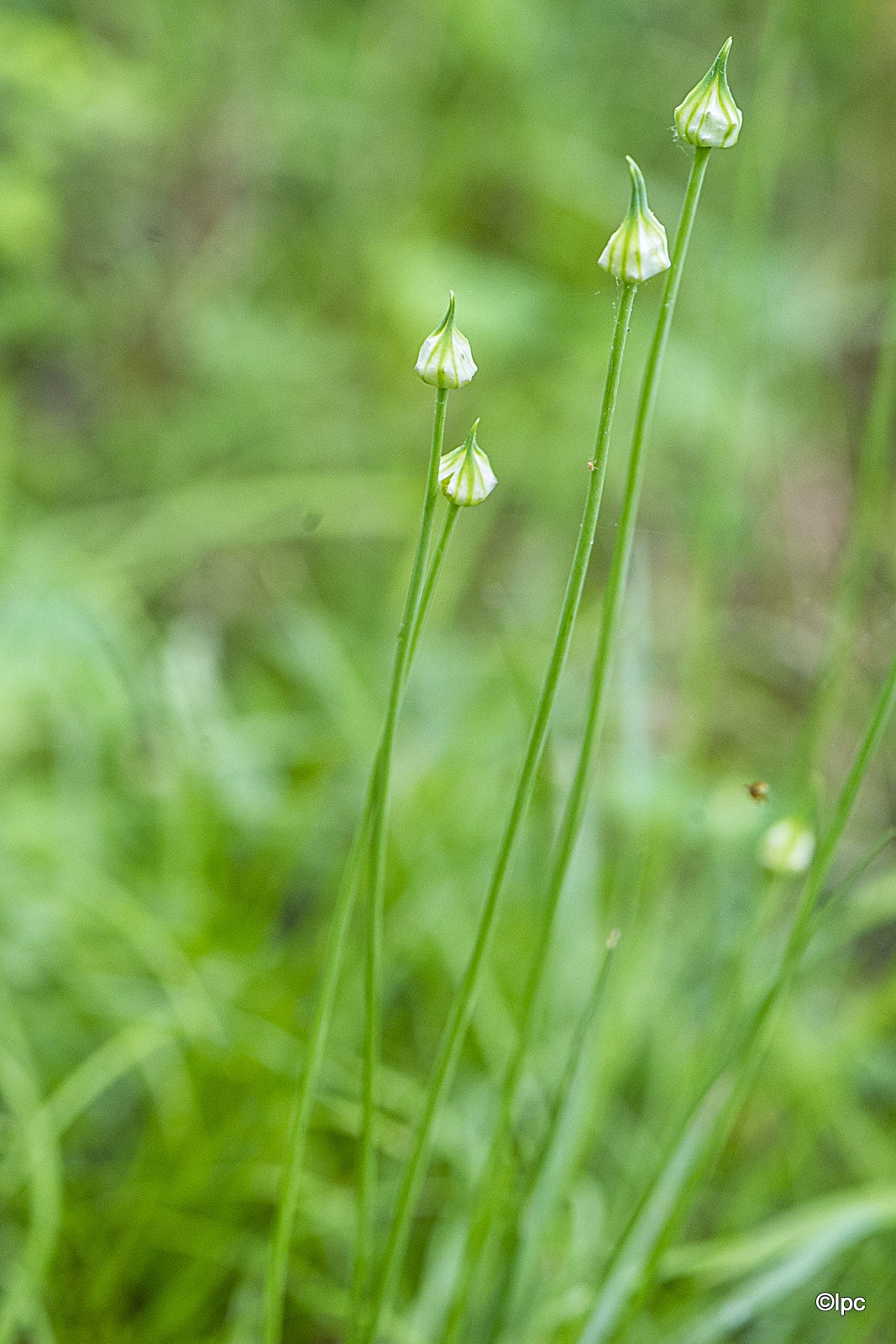 Even so, these enlarging capsules and the stems and leaves are often hid among the other foliage of the woodland area where I spotted these plants. They grow best in the walking lane, where they had less competition. I found about 50 scattered plants in this area of Van Buren County. 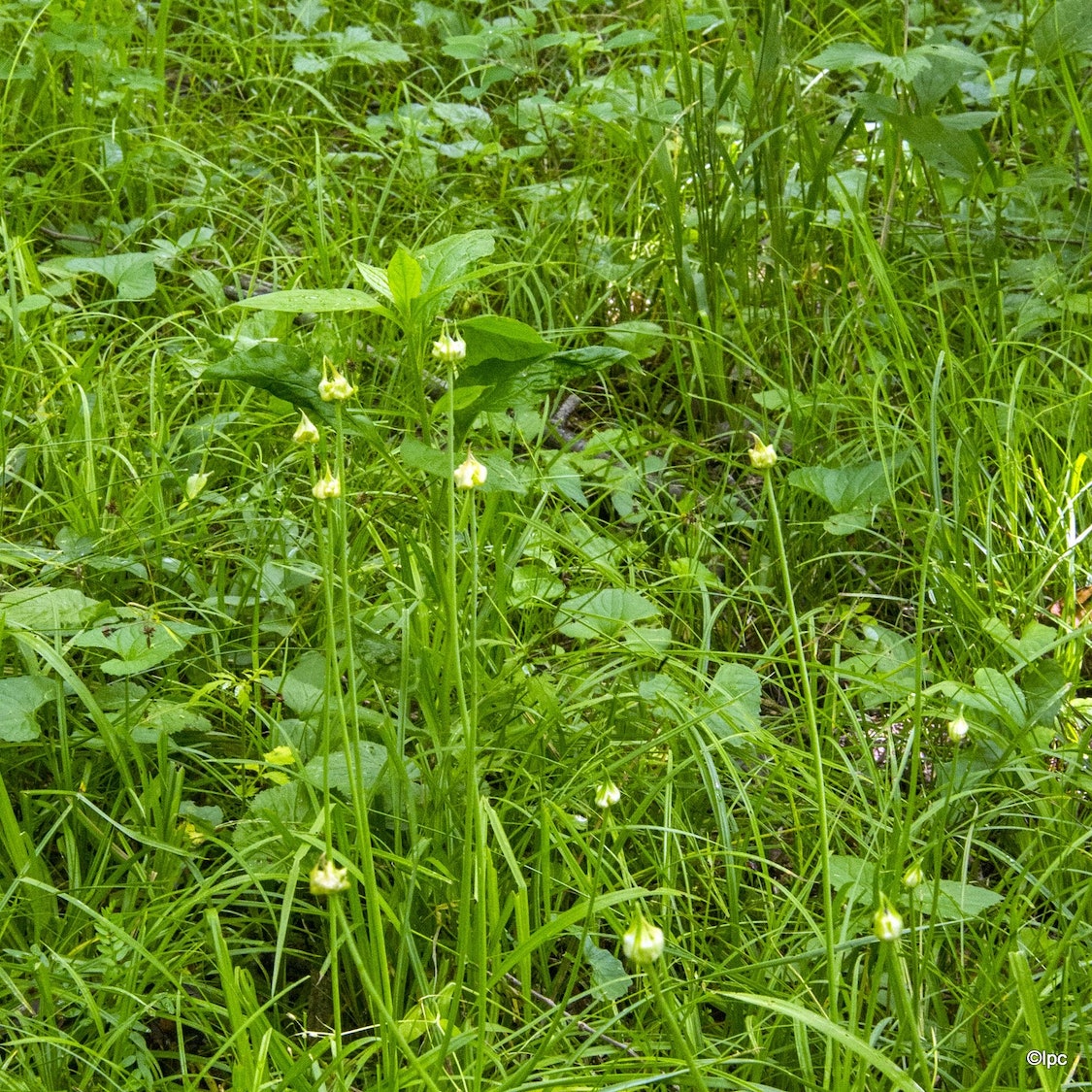 A second key to its identification is that Allium canadense makes many more little bulblets than flowers. Here is an enlarged capsule that has not yet opened. 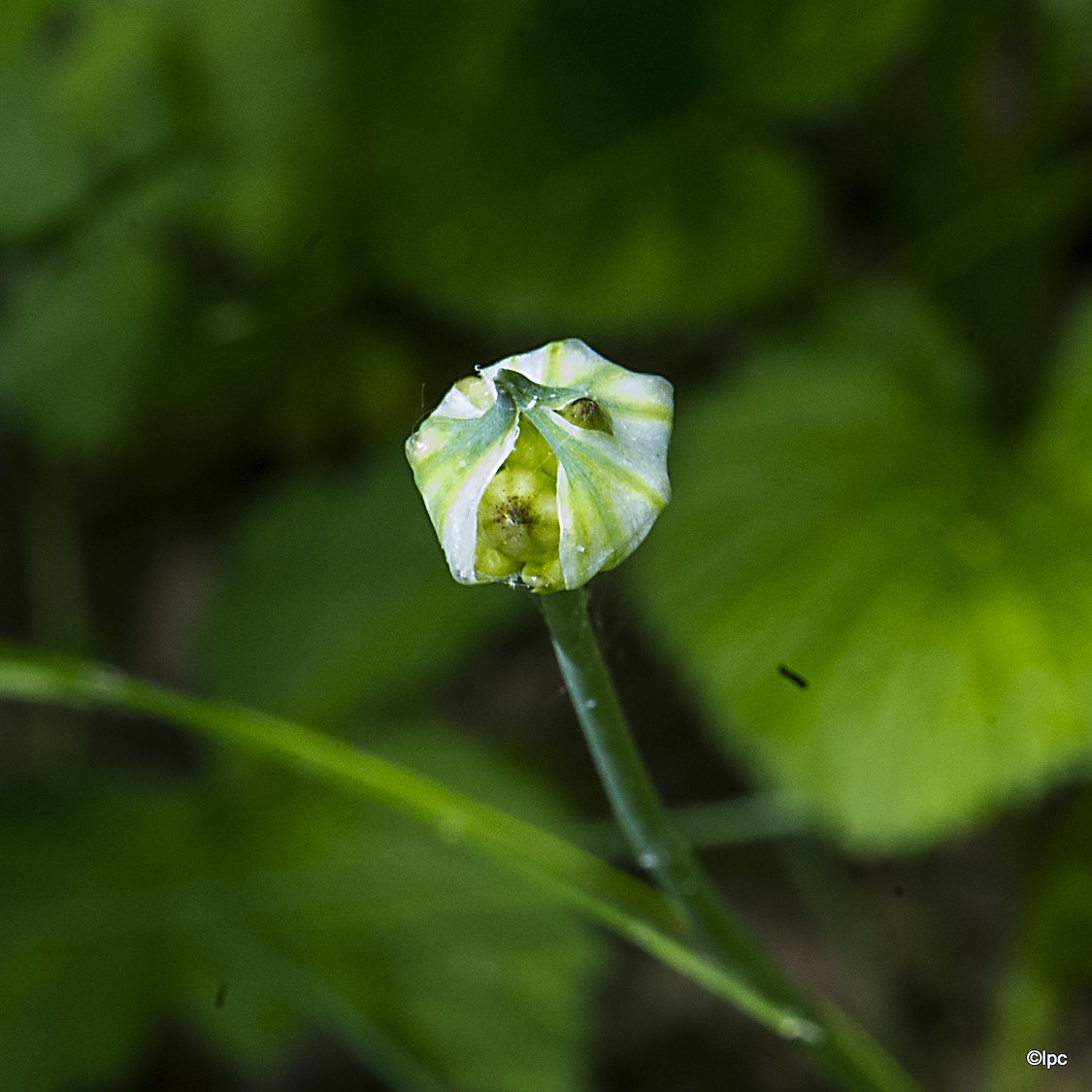 Here is an enlarged view of a capsule where the thin bracts have been peeled back showing the bulblets. The bracts dry to a light brown. 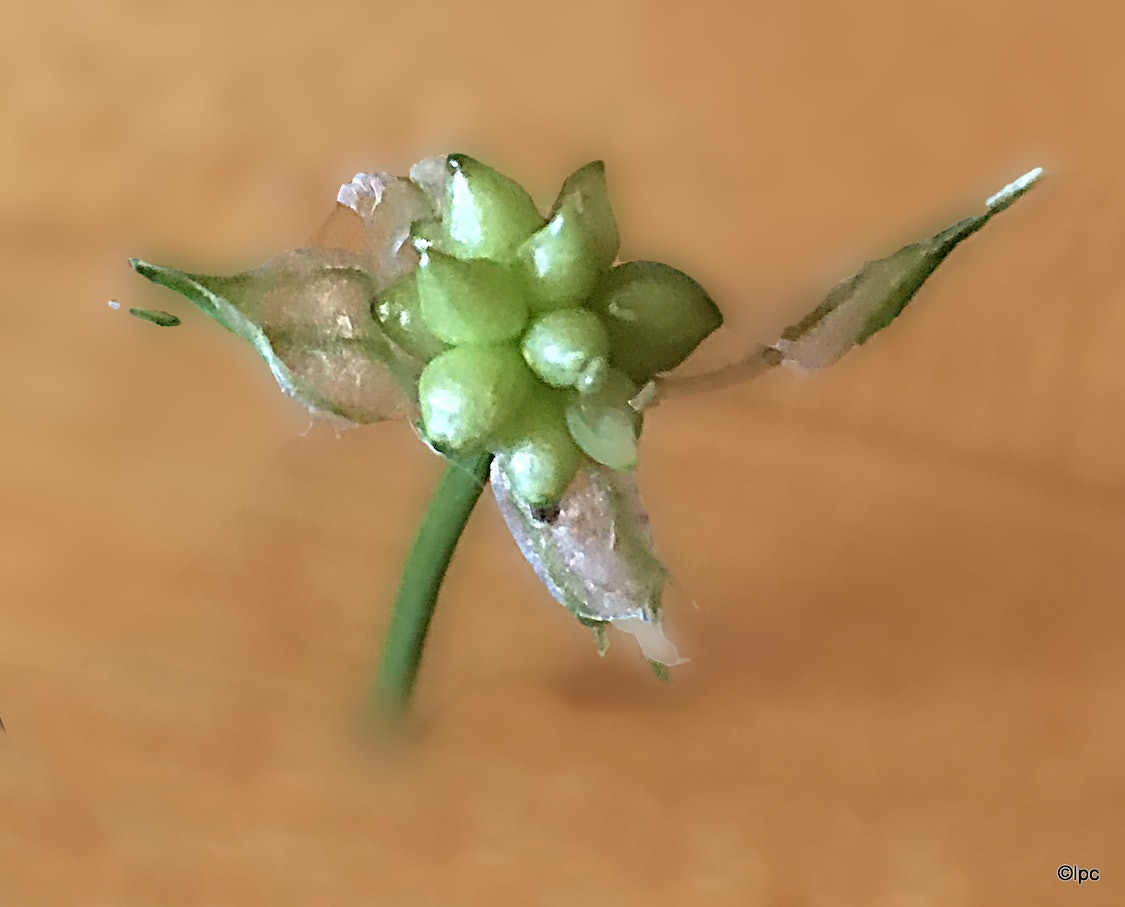 Now here is what proved to be very elusive—a single flower on a stem along with the bulblets. In this entire little patch, I found only two flowers. The plants would likely produce more flowers in a sunnier location. The flowers are white with a bit of pink. Each flower has six sepals, six stamens, and a light green ovary with a style.

The flower will form a small seed pod with about three seeds in it. The plant can reproduce from either the little bulblets or the seed. 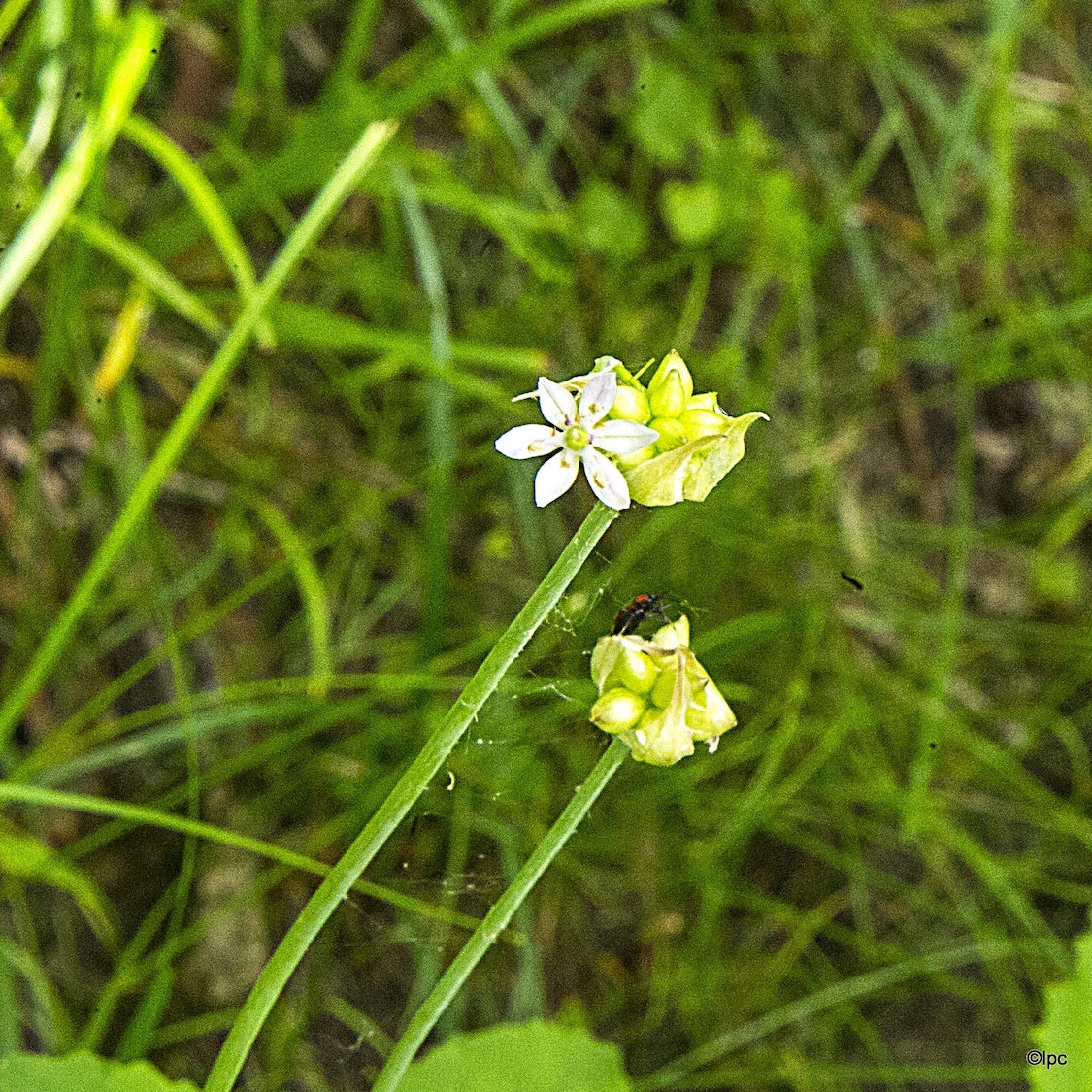 Another tip for identification: when you bruise any part of this plant, you will smell the distinct odor of Allium. Its small roots (which I failed to photograph) are edible.

The plant, especially the open capsules, attract many different flies and bees, listed on the Illinois Wildflowers site.

The next two photos show some of those pollinators. 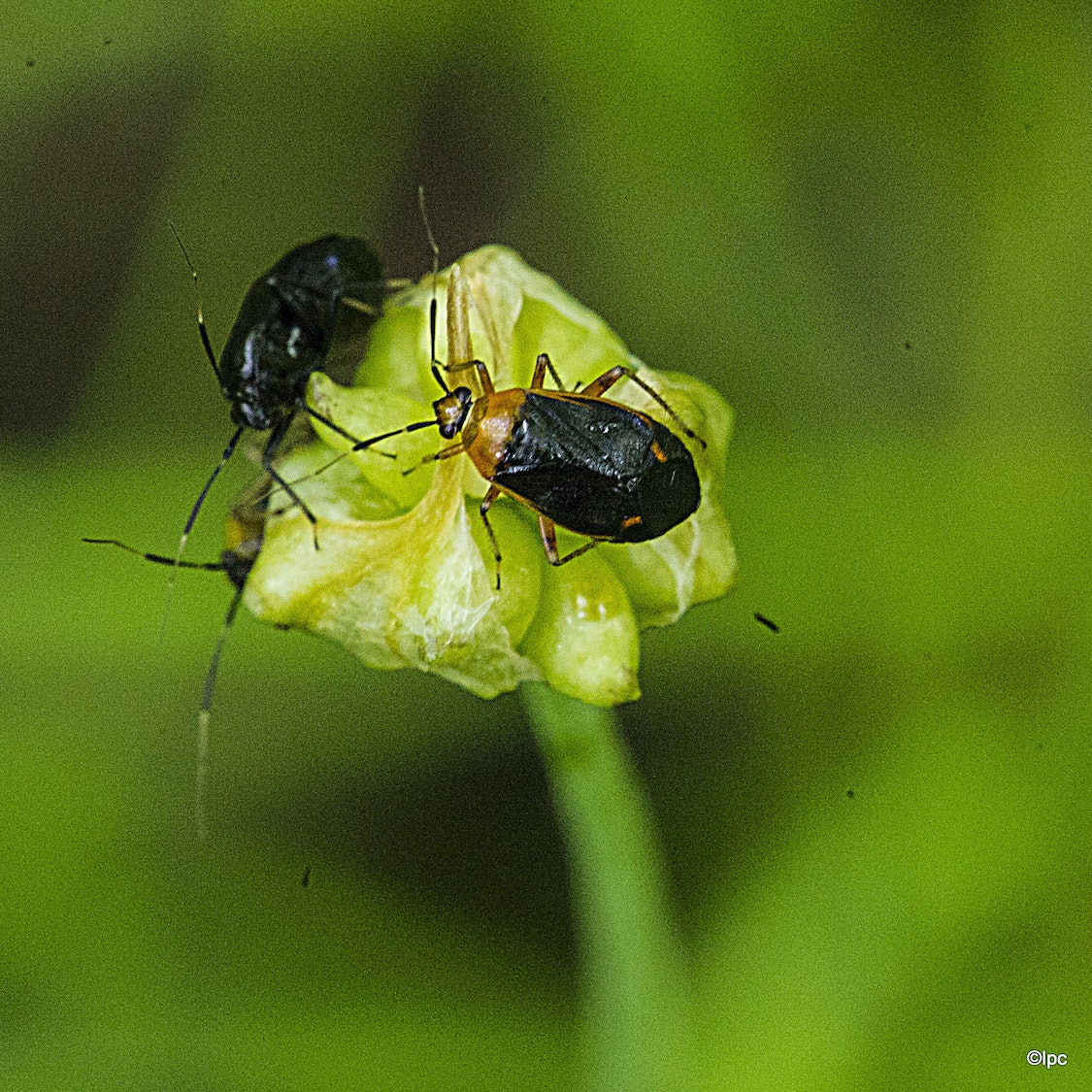 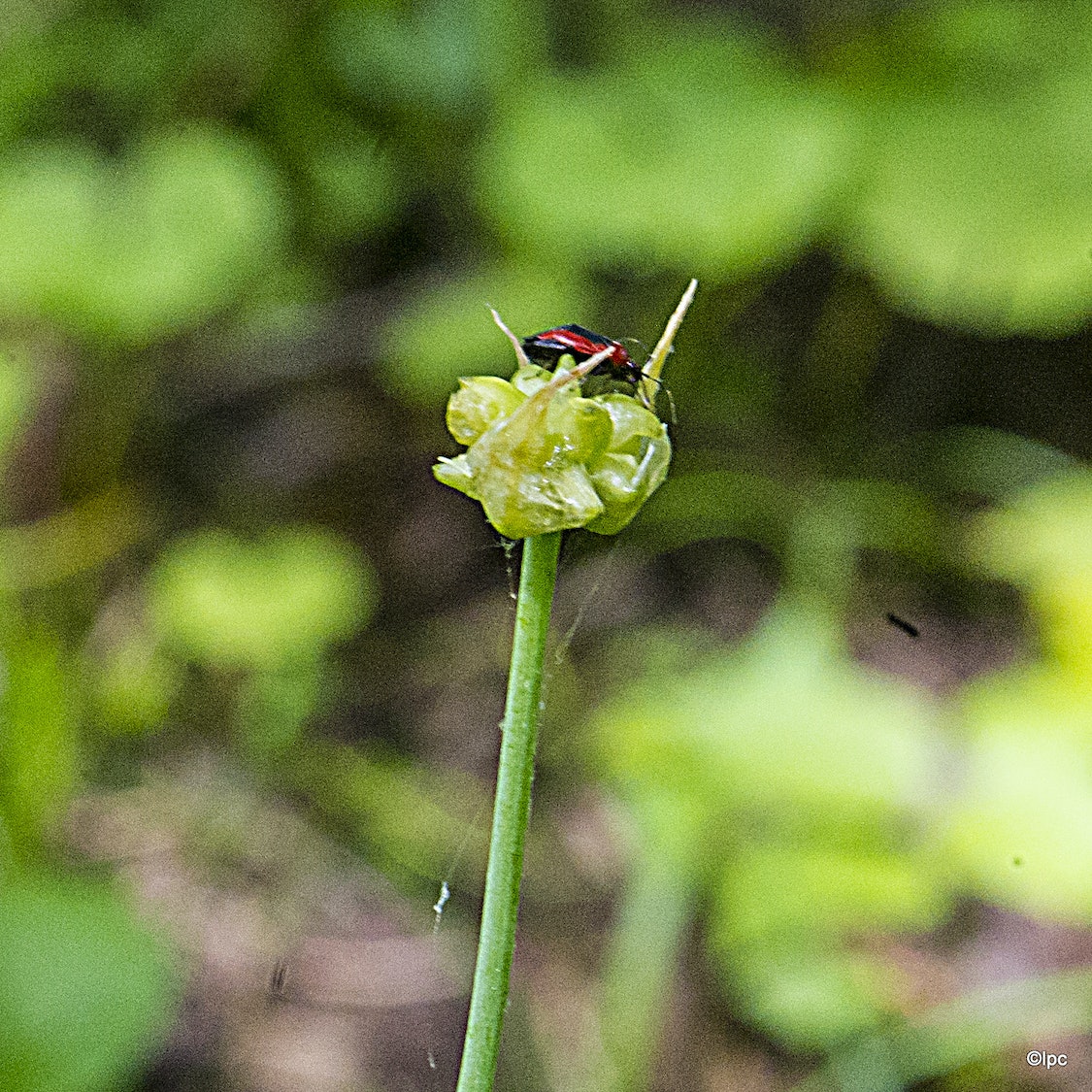 Now that you have learned to identify Allium canadense—is it wild onion or wild garlic? When it comes to common names, many authors provide no clarity. The clearest differentiation found was in the Missouri Botanical Garden description.

Now for a bit of other useful information about this plant and its closely related Allium family members.

Is it or is it not invasive? At least three states consider this species invasive, per the website Invasive.org. Both Illinois and Missouri classify it as a noxious weed, and so do several other states east and south of Iowa, as shown in the BONAP map above.

However, in Iowa and more northern states in the Midwest, Allium canadense has not yet been a significant problem. The Missouri Botanical Garden site offers advice for controlling its spread, if needed.

Here in Van Buren County, there is only a small amount of it, so this species is an interesting curiosity.