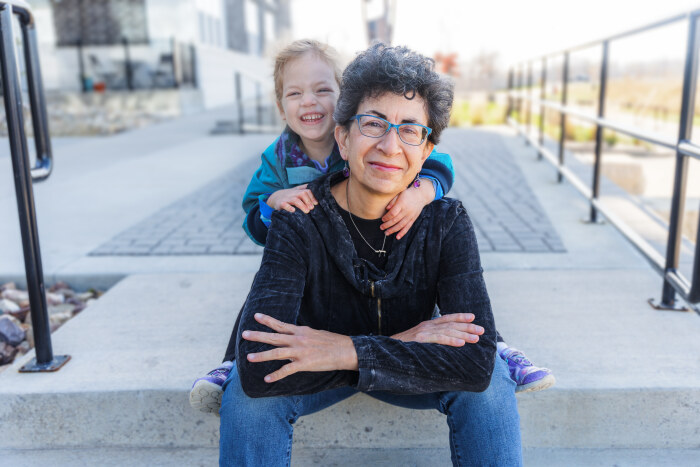 Every time we turn around, another article or report describes the child care crisis in Iowa. I’ve followed the statewide debate, participated in multiple local forums, and have been a child care consumer for the past four years.

When Governor Kim Reynolds convened her child care task force, I hoped that we would make progress, since this issue affects every zip code and county. Instead, we have continued to go around in circles, creating grants for centers and pushing “solutions” that fail to get to the heart of the issue.

It’s a safety and childhood development issue. If people can’t afford quality child care, they either don’t work or left with no other choice, leave their children in potentially unsafe hands (or no hands at all). Their children, in turn, risk losing out on crucial early childhood development. They are then at a disadvantage when they start K-12, with knock-on effects up the ladders of education and, frankly, life.

It’s a women’s issue because most child care workers are women who are underpaid, undervalued, receive no benefits, and have few chances at professional development. All too often, we assume they do it because they love kids – and that it’s okay to pay them a pittance. It’s demanding, important work with our children. And our children are our future.

It’s a workforce and development issue. Day cares around the state have closed – and we already had plenty of child care deserts – because of a dearth of workers. They can’t hire and retain the best because they can’t pay what even fast-food pays. If they raise their rates, parents will have to pay more and most simply can’t afford it – and I’m not even talking about those on child care assistance.

The governor’s task force could have zeroed in on that pressure point: wages. Instead, the governor announced grants for child care facilities and cooperation with businesses – not a bad thing, but not a solution. First, the grants are funded with the American Rescue Plan funds she vehemently opposed.

Second, her grants, announced with great fanfare and touted without critical commentary by local media, neither provide nor guarantee child care slots. You can build the most state-of-the-art child care centers, but without staff, you don’t have child care. Child care is a public good. It is part of the educational continuum. And it is long past time to pay child care workers what they’re worth. It’s the wages.

How do we do that? I’d propose we look to our $1.9 billion state budget surplus as a source for wage supports. Deb VanderGaast, who was just forced to close her Tipton day care after years of trying to find ways to make ends meet, has suggested a payroll tax. We can explore a mix of mechanisms once we publicly acknowledge the elephant in the room: It’s the wages.

Do we care enough about our kids, their education, our future and our workforce to fix the problem? So far, the answer has been no, with the governor and Republican-led legislature focused on non-wage fixes, such as increasing caregiver-to-child ratios. And day cares keep right on closing.

It turns out that the infrastructure that matters most is not new centers, but our caregivers. Do we care about our kids, their development, their lives and their futures? Yes? Then let’s get to work to fix the problem: It’s the wages.

Top photo of Janice Weiner with her granddaughter provided by the author and published with permission.