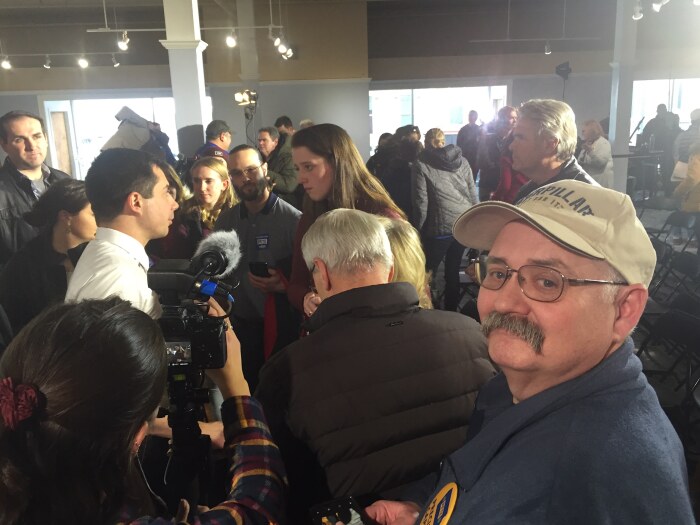 Alexander Clark became extraordinarily wealthy for a Black man in 19th-century America, but nobody yet has assembled all the details we could learn.

I hadn’t thought of Clark being involved in farming until I received this question from Louisa County historian Frank Best: “Did Alexander Clark own a farm out on the Island?”

At least as long ago as 2009, Frank and I had compared notes about white settlers and race and Underground Railroad, but this was something new.

He sent me a Muscatine Journal item dated August 22, 1879: “…George Jones, who cultivates A. Clark’s farm on the Island, [raised] a monstrous double citron melon, being joined after the Saimese twin plan. The whole weighed 17 lbs. 1 oz.”

Frank added: “I believe this may very well be my 3rd great grandfather, as in 1880 he was listed as a farm laborer. Before that he was always listed as a cook.”

We had discussed Frank’s “Black” ancestry discoveries over several years. He first told me about George Jones in 2013.

June 26, 2021: “He was born in Alabama and how he made it to Muscatine is unknown. His obit says he came to Muscatine around 1860, although I believe it was before that. He was listed in census records as Black and sometimes Mulatto.”

June 27: “I believe it is my George Jones. In 1880 census there was only one other George Jones in the area. He was a farmer, but was consistently labeled as White in census records. My George Jones is listed as Mulatto in 1860, Black in 1870 and White in 1880. Looking at family DNA this would fit. … I feel this has to be the same person. George lived in the Southend and was a member of the Musserville church when he passed in 1888. [He died] where the Casey’s on Stewart Road is now.”

“Dan, do you know the location of Alexander Clark’s farm?”

I dug into the newspaper archive.

Letter to the Muscatine Journal signed A. Clark (July 2, 1880): “Now that the Mississippi threatens to overflow thousands of acres of Iowa’s best and choicest lands known as Muscatine Island, would it not be wise to ask Congress that twenty or thirty thousand dollars of the Mississippi river and harbor appropriation fund be applied to protect those lands?”

Muscatine Journal (May 28, 1886): County supervisors assess landowners for “costs and expenses of constructing the levee on Muscatine Island in Muscatine and Louisa counties.” Alex Clark and George Jones are both listed.

Muscatine Journal (January 13, 1888): “W.H. Hoopes has an eye to business and is securing a good deal of land in the city. He lately bought Alex. Clark’s place near the Hershey lower mill.”

With that, Frank pointed me to the parcel that was probably the site of that “lower mill.” Today it’s inside of Grain Processing Corp.

Muscatine Journal (January 2, 1868): “After prayer by Rev. Mr. Bass, the Declaration of Independence was read by George Jones.”

Next, someone read the Emancipation Proclamation; then came speeches by Clark and other orators. It was the annual freedom celebration held by the “colored” citizens.

Muscatine Journal (August 17, 1888): “Mr. Jones had resided on the Island for almost 30 years, during which time he had always been industrious, frugal, quiet, and a man who had always done all he could for the comfort of his family.”

Muscatine Journal (August 22, 1888): “He leaves a wife and nine children, four of whom are married and reside in the city.” Nothing said about color. Censuses listed all survivors as white.

Muscatine Journal (November 2, 1888): “Mrs. Victoria Jones, widow of the late George Jones, of the Island, has received…$1,000, amount in full of policy held by deceased….”

Victoria Knapp Jones was a white woman born in France. When she died at age 87 in 1928, her obituary said her husband and three children preceded her. Husband not named.

Frank Best is a so-called “white” man, same as I am. “I found, thanks to DNA, my African American family!” he wrote. “I am still trying to piece it all together.”

“I feel 99.9% that my George Jones is the same one taking care of Alexander Clark’s farm on the Island. … Other biological descendents of George Jones you may know are: Lynn Bartenhagen who works at the museum and [another person I didn’t contact].”

Lynn: “I have been researching my family since I was 16. I found George Jones about 35 years ago when my grandmother remembered some information that led to him. … When some of my family’s DNA confirmed we had Black ancestors on both sides of the family, it proved that were was a bit of truth in at least one of the long-standing family stories.”

Next time: More Frank and Lynn on race

Top image: Frank Best and the author (behind camera) together in the crush of a political event in Muscatine on January 21, 2020.