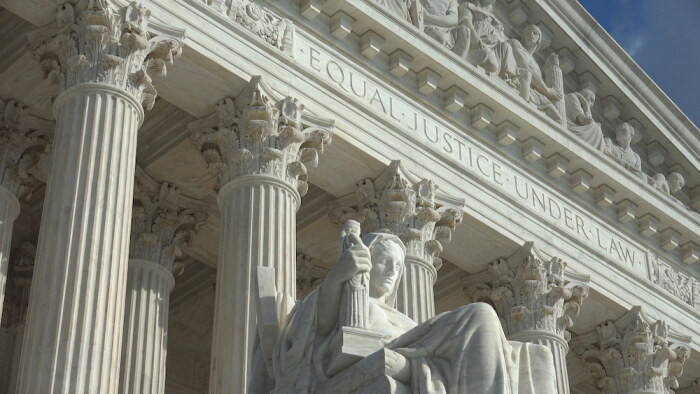 Few people like being told what they must do. Lorie Smith is one of them.

The suburban Denver, Colorado business owner, a devout Christian, builds websites for customers. She wants to expand her business and begin building websites for couples who are planning weddings.

But she is adamant that she does not want to be forced to build websites for same-sex couples. Doing so, she says, would violate her faith, which does not allow her to celebrate same-sex marriages.

For more than an hour on December 5, the U.S. Supreme Court listened to arguments for and against the position staked out by Smith, the proprietor of 303 Creative LLC. The court’s decision is not expected until sometime during the first half of 2023.

An old attorney friend once made the memorable legal observation, “I never had a client listen himself into trouble, but I’ve had many who talked themselves into trouble.” He also reminded me that only a fool predicts how judges or juries will decide a case.

That wisdom also applies to predicting a U.S. Supreme Court decision. But it does not take a wizard to foresee that the 303 Creative case presents the justices with a legal slippery slope if they rule in favor of Lorie Smith.

The court has the potential to drag our country back 75 years, before Congress and the courts made it clear there is no place for discrimination in the United States.

David Cole, legal director for the American Civil Liberties Union, told the New York Times recently, “If 303 Creative wins here, we will live in a world in which any business that has an expressive service can put up a sign that says ‘Women Not Served, Jews Not Served, Black People Not Served,’ and claim a First Amendment right to do so.”

In a “friend of the court” brief to the Supreme Court, the ACLU defended Colorado’s anti-discrimination law and described the contours of the potential slippery slope this way:

If 303 Creative is correct, could a bakery that opposed celebrating black families refuse to sell a birthday cake to a black mother? Could an architecture firm that serves the public refuse to design homes for Muslims because it opposes their religion? Could a test preparation business that objected to the number of Asians in elite colleges turn away Asian students? Could a restauranteur opposed to "mixed marriage" put up a sign in its window saying ‘No inter-racial or inter-faith couples served’?

The creative process involved in building websites does not excuse Lorie Smith from complying with the Colorado law. Likewise, other businesses with “expressive” goods and services are not allowed to discriminate in their sales to the public, either — not theaters, jewelry design shops, hair salons, interior decorators, landscape design companies or similar businesses.

And therein is the problem Smith creates by asserting that her First Amendment, free-speech right allows her to refuse to serve certain customers who knock on the door of her design business. Colorado’s anti-discrimination law does not require her to post signs in support of same-sex marriage. It only requires her to build websites for all couples planning weddings, regardless of a couple’s gender or race.

Every state has similar anti-discrimination laws. In some states, these were a product of the turbulent 1950s and 1960s, when Black people were prohibited from attending schools with white students, or could not sit in certain bus seats or eat at certain lunch counter seats. They could not use “Whites Only” drinking fountains or rest rooms.

By opening the door for businesses to serve some customers, but refuse others, the Supreme Court has the potential to take us back to those terrible times of government-sanctioned discrimination.

The ACLU legal brief illustrates the dilemma facing the Supreme Court by pointing to famed portrait photographer Annie Leibovitz. She does not offer her photo services to the public at large. Instead, she picks and chooses her subjects.

By contrast, JCPenney Portrait Studios welcomes any member of the public to sit for portraits. But the studios cannot refuse to take photos of customers because they are female or male, Jewish or Catholic, black or Asian, heterosexual or gay.

The ACLU added, “If a business has to know who a service is for to decide whether to sell it, its decision is not about the content of the product, but about the identity of the customer.”

That goes against what is right and proper.

Editor's note from Laura Belin: The Scotusblog posted all of the 303 Creative LLC v. Elenis case filings and amicus briefs on this page.