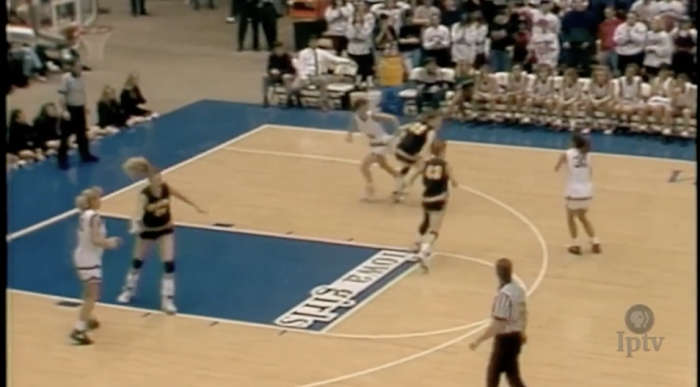 Let's not surrender a piece of Iowa

For decades, small town Iowans were enthralled with 6-on-6 high school girls’ basketball, a game mostly played in towns with no stoplights. It was quaint. It was unique. It was fun to watch.

The 6-on-6 game focused a spotlight on Iowa when many from the coasts couldn’t find the state on a map. We didn’t have mountains, or oceans, but we had a unique game that sparked national interest.

Despite rumblings from the Office of Civil Rights saying the game was discriminatory toward women as early as the mid-1970s, the farm girls shooting at a hoop nailed to the side of a barn, didn’t feel discrimination. They felt empowered as local celebrities. Their games often drew more fans than the boys. Girls' 6-on-6 games continued in Iowa until 1993.

But even now, around some small-town coffee shop tables there are loud debates about the pros and cons of the 6-on-6 game. Some believed it was time to bring Iowa into the next century, while others believe we lost a vital piece of culture.

Currently, another unique piece of Iowa is disappearing at the hands of the Democratic National Committee trying to find the clearest path to the White House. The Rules and Bylaws Committee has recommended bumping Iowa from the early group of presidential nominating states. Instead, the South Carolina primary would go first. Now, within Iowa Democratic circles there's a spirited debate about what needs to happen.

Some Iowa Democrats are resigned to eliminating the caucus and losing the coveted first slot. After all, they say, Iowa’s too white, too rural, and we screwed up the last time around. We’ve had a nice run, and all the selfies with wannabe Presidents were cool, but now the caucuses should go the way of dial phones.

But before we bow to, “Those who always know best,” we should take a minute. If caucusing becomes history, Iowa and the Democratic Party will be harmed in four ways.

First, Iowa is a relatively cheap place to campaign. That means unknowns, who are not billionaires or haven’t been running since high school, have a chance. Iowa Democrats helped outsiders like Jimmy Carter, Barack Obama, Bernie Sanders, and Pete Buttigieg.

Organizing to win a caucus is different from organizing to win a primary. It forces candidates and their staffs to mobilize supporters across the state, not only in the most populous counties. That helps test readiness for the biggest job in the world.

Second, I was an early supporter of Joe Biden for president, but he didn’t get his act together soon enough here, so he lost big.

If a party allows an incumbent president to choose his/her calendar, qualified challengers won’t have a prayer. It’s calendar gerrymandering, and it will weaken any party that allows it. This is not just an Iowa Democratic problem. Republicans could face the same issue.

Third, rural voters already feel gut punched by Democratic candidates. This move could be a death blow for rural Iowa Democrats. Iowa is the place to test a cohesive rural message.

Finally, if it’s not broke, don’t fix it. The combination of Iowa, New Hampshire, Nevada, and South Carolina provided different audiences for the Democratic messaging. Candidates must organize for a caucus, be ready to confront independent Democrats, appeal to Hispanic voters, and gain black support. That’s a good combination.

Granted, the caucus format can’t remain mired in the past. The math was too complicated, access was a problem, and reporting needed streamlining. But with the format changes already adopted, we should fight to continue to be first. I know New Hampshire will. So, shouldn’t Iowa?