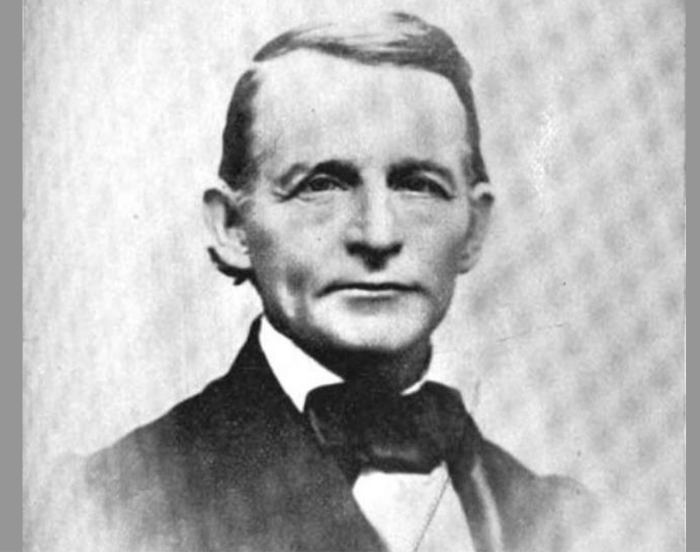 Do you know where your people came from? How they arrived on this continent? How they made their way to Iowa? If not, might it make a difference in your life to learn their stories?

On May 2, 2010, I posted on Facebook: “I just found a ‘smoking gun’ historical document that confirms my hypothesis (ever stronger over the past decade) about my ancestors’ role in the Underground Railroad. I am descended directly from men named as key players in Connecticut, including my great-great-grandfather who migrated directly to Durant, Iowa. Do I sound excited?”

A few hours later I added a link to a page in the Wilbur H. Siebert archive that told of my own people back at New Britain, Connecticut. Among thirteen residents named as “men who would look after the runaways and provide them safe escort to the stations ahead,” two were direct ancestors and six others were relatives.

I had learned about Siebert while working to get Alexander Clark’s house listed on the National Underground Railroad Network to Freedom. All through 2009 I had taken part in hunting down clues linking slavery-opposed Iowans to the mostly-secret civil disobedience of the few bold activists who assisted freedom-seekers escaping Missouri and farther South. Lowell Soike of the State Historical Society of Iowa led the project.

Some twenty-five years after the Civil War ended, as the generation of aging underground railroad operators thinned, Ohio professor W.H. Siebert decided to write about these mostly obscure but passionate adventurers in the cause. He began by gathering their recollections. Beginning in 1892 until 1898…he pursued leads through correspondence, oral accounts, research, and travel. He managed to collect the names of some 3,200 people, 116 of them from Iowa, who had participated in the underground railroad.

So, I discovered, the Underground Railroad was a family business in a Yankee village of about 1,500 souls. My own family! I devoted the rest of my Facebook post to telling what I knew of the ancestors.

Dan’s brother-in-law John S. Whittlesey was not on the list. He’s the one who started our chain migration to Iowa in 1856, coming to be the pastor of a church at Durant, a railroad town where most of the settlers came from Connecticut: Congregationalists from New Britain, Episcopalians from New Haven. The flocks took turns worshiping in the depot while racing to construct separate edifices. The Congregationalists finished first, and Pastor Alden B. Robbins came over from Muscatine to lead the dedication service.

Today the building is on the National Register of Historic Places. It has been St. Paul’s Episcopal since the 1890s—maybe a story for another time.

The Clarks and Whittleseys lived on adjacent farms south of town in the northeast corner of Muscatine County. The Rev. Mr. Whittlesey went on to serve as chaplain of the 11th Iowa Infantry, dying of illness in 1862 after caring for the wounded at the Battle of Shiloh. You can see his name at the top of the Civil War monument in Tipton.

Earlier in 1862 the chaplain wrote from Missouri winter quarters to one of his brothers: “The whole system is debasing in the last degree. It would be the greatest mercy which could fall upon both [enslavers and enslaved] if the whole thing could be broken up. God grant that this war may do it.”

Did my people “do UGRR stuff” here in Iowa? Did they know John Brown or Alexander Clark? Well, I have learned some things and am still connecting dots and sifting clues!

Historian Soike decried “revisionist history [that] left out the struggles of abolitionists and freed people.”

Abolitionists tried to counter such sentiments by publishing firsthand accounts by both former slaves and noted abolitionists of what life had really been like under slavery and how difficult and dangerous rescue efforts had been. But books and reunions radiating pride in emancipation and the goodness of the abolitionist cause dwindled before an irresistible postwar desire for national reconciliation. All over the United States, whites accepted measures to curb blacks’ rights and proved ready to forget the past.

After the war, my Clarks moved to Boone County, where I spent much of my life before moving to Muscatine in 1982. It was 1998 when I learned our people had stopped elsewhere on their way out from Connecticut.

As long as I’ve been at this, I fault nobody for not knowing all the family stories yet. Learning stuff changes you.