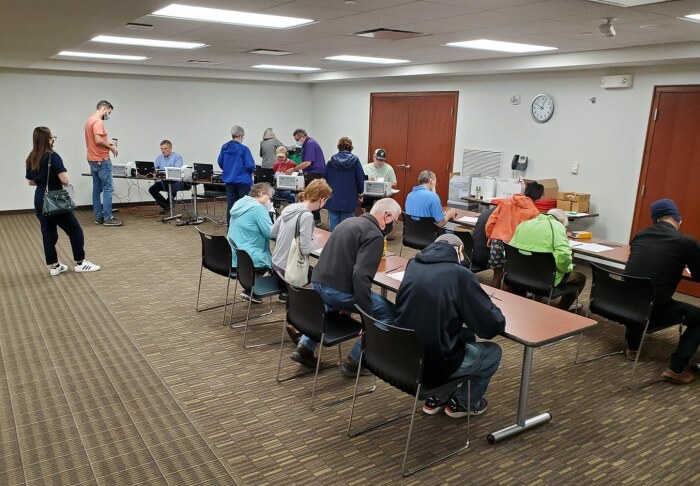 A case for Iowa to hold open primaries

With Iowa in its 177th year of statehood (December 28, 1846), we should have our ducks in a row by. But, we are one of six states still in the dark ages when it comes to the primary election process.

Iowa, along with Illinois, Indiana, Ohio, Tennessee and Wyoming operate their primary elections, which selects candidates before the general election, under a process referred to as “partially open.” This system permits voters to cross party lines, but they are required to change their party affiliation.

Thirty-two percent of Iowa's registered voters have chosen not to be affiliated with the Democrats or Republicans. Free-spirited souls, aren’t they?

As of January 2023, state records showed 31.2 percent of Iowa's registered voters were "no party." Another 0.9% were categorized as “other” (primarily Libertarians).

Should these liberated and unconstrained citizens want to vote in Iowa’s primary elections, they must declare as members of a party they may want nothing to do with. Of course, after the primary, they could change their affiliation to no-party again, but what a pain in the  . . . buttocks.

What’s wrong with states like Iowa choosing to have a partially open primary, or the fourteen states who have an even more restrictive "closed primary" available only to partisans? Those systems arguably make it easier for the far-right wing and far-left wing candidates and their acolytes to protect and elect oddballs to run for office. Meanwhile, truly independent voters are left on the sideline without much say.

If you wonder why we have so many extreme and out-of-touch elected officials representing us in Iowa’s capitol (or in D.C. for that matter), look no further than Iowa’s primary election process. The phrase from the War of 1812 is apropos: “we have met the enemy and he is us.”

Some opponents to the open primary system argue it is unconstitutional because it violates their freedom of association. However, the U.S. Constitution does not mention political parties.

Voting is an American principle and a basic right that should be protected, promoted and practiced. Iowa’s partially open primary system creates unnecessary voting difficulties and is discriminatory to more 600,000 Iowans who do not want to be affiliated as a Democrat or Republican.

As Charles Darwin once said, “it is not the strongest of the species that survive, nor the most intelligent, but the one most responsive to change.”

Editor's note from Laura Belin: Some analysts consider Iowa to have an open primary system already, since voters without a party affiliation can change on primary election day to vote for candidates in the party of their choosing.

Top photo of Iowans voting in the June 2022 primary posted on Facebook by the Johnson County auditor's office.