Pete McRoberts, a policy attorney in Des Moines who has worked in legislative, Congressional, and statewide offices, reflects on Attorney General Tom Miller’s formal opinion on the coming transfer of power. -promoted by desmoinesdem

Plenty of time has been spent over the past few months on addressing the rare constitutional, legal, and political questions regarding the succession clauses of the Iowa Constitution and corresponding state law for when vacancies exist in state elected offices.

In plain English, the question we have to answer – not very often – is how does it work when a Governor is no longer able to perform his or her duties? This question was answered a handful of times in Iowa over the past hundred years. The most recent instance was close to 50 years ago. The Constitution has been amended since then, in a way that sits in the same pew as that question, but still somewhat distant that our immediate question as to the authority of a successor of a Governor.

The first piece of the vacancy and succession questions is whether a successor is a Governor. The two times that has happened in a modern Governor’s office – in the 1950s and 1960s – the Constitutional matter was answered with a “yes.” With the pending resignation of Governor Terry Branstad, it is sensible to not only dust off historical questions, but to take a look to see how the Constitution and laws apply now. The question is simple; “will Lt. Gov. Reynolds be a Governor, or will she be an ‘Acting Governor?”

Earlier today, the Attorney General issued a formal opinion on these two questions.

A Word of Caution on Local Control

Pete McRoberts describes how some local officials in Iowa lobbied against a 2016 bill designed to protect domestic violence victims from eviction. -promoted by desmoinesdem

It’s impossible to spend any time at the state legislature this year without hearing phrases like “local control” and “home rule” discussed in concert with any number of progressive questions. At yesterday’s public hearing on a statewide preemption bill, many people based their opposition on these same ideas, specifically, that a local government “knows best for its residents,” and that city councils are where big decisions should be made.

The Iowa Constitution, and state law, both support this idea – within some clearly defined boundaries. Home rule is simple; it generally means local governments are in charge when there’s no contrasting state law, or when they are acting to execute an identified city power.

These rights exist for a reason; there are more than 900 cities in Iowa, each with their own local issues. The boundaries exist for that same reason, but on the other side of the ledger – a person’s rights can never be diminished because of a local decision. Home rule and local control work when both of those parts are understood.

An example of local control and home rule falling apart came to my attention in 2014, when activists began a multi-year response to abusive local ordinances in Cedar Rapids and Des Moines which hurt survivors of domestic violence, and set them up for eviction upon calling the police when they needed to. It was a full-blown battle. Those cities spent hundreds of thousands of dollars in taxpayer money to defend their corrupt ordinances, all in the name of “home rule” and local control. They nearly won. 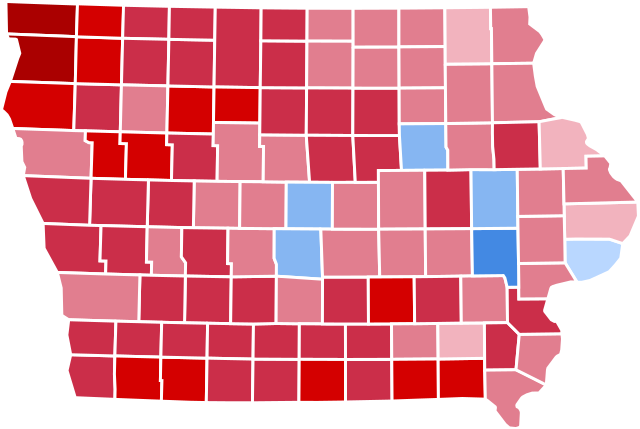 Pete McRoberts, a close observer of many Iowa Democratic campaigns, kicks off Bleeding Heartland’s series of guest contributions on how the party can recover after routs in two consecutive elections. -promoted by desmoinesdem

The days after any election offer for winners, some hope and excitement, and for losers, the opportunity to examine – in as close to real time as possible – where candidates and organizations succeeded, and failed. We get a re-set. If used properly, the days and weeks after an election loss – no matter how hard that loss is – can affirmatively help us do better at what we sought to do.

This is not a wholesale analysis of the Democratic Party in Iowa or the 2016 numbers, and it’s not a general ‘how to’ guide. It’s an attempt to go under the hood, and look at some very specific structural issues highlighted by the elections of 2014 and 2016. At a gut level, it’s very easy to conclude there’s no upside of such a clear election loss. But these losses are something more than simply parties exchanging power, or a reflection of competing views about the future.. They represent one of our deepest forms of communication with one another. If we listen — and act — we can create a party in Iowa that once again, not only wins elections, but is truly representative of the millions of people in the state whose hopes and fears are both real, and for whom we do our work.

Up close at the Des Moines Trump event

I attended today’s Trump campaign rally as a result of my concerns over the way the candidate treated the Gold Star family whose son was killed while on duty overseas as an Army officer. I wanted to draw some quiet attention to Iowans’ and Iowa’s history in affirmatively protecting the Constitution and how we have all benefited from that.