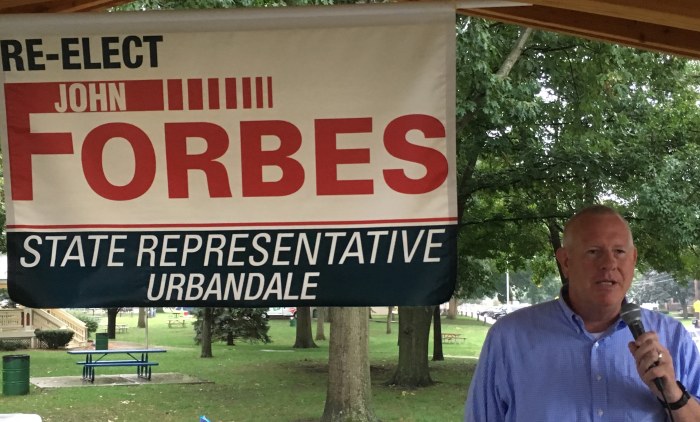 Speaking at a fundraiser for Forbes in Lions Park on September 7, Andeweg said he’s “been a Republican my whole life.” Because he believes in nonpartisan local government, he has rarely spoken publicly about his party affiliation as mayor since 2005 or on the city council prior to that. Regarding his party switch, Andeweg said, “I truly believe this is where I need to be at this point in time.”

He and Forbes have been friendly since the early 1990s, and Forbes managed Andeweg’s first campaign for city council in 1999. He fell short in that effort but was later appointed to fill a vacancy, then won his next city council race and subsequently four terms as mayor. The two men “worked well together” when Forbes served on the city council, and Andeweg praised Forbes’ ability to get things done in a Republican-controlled chamber.