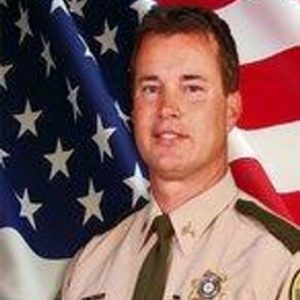 UPDATE: Charleston’s dismissal was unrelated to his recent Facebook posts. Scroll down to read a document the Polk County Sheriff’s Office provided on June 26, citing incidents of “insubordination,” “neglect of duty and disharmony,” and a Human Resources department report detailing “gender bias in the workplace.”

The Polk County Sheriff’s Office fired Deputy Sheriff Dan Charleston on June 23, Linh Ta reported for the Des Moines Register. Officials declined to state the reason for his termination, citing the possibility of an appeal or lawsuit.

Charleston had been under investigation over a pair of personal Facebook posts disparaging Islam. I’ve enclosed a screen shot of one post below. Iowa Informer has an image of the second, which Charleston apparently deleted.

The Curious Case of the Conspicuous Constitutional Constable

Dan Charleston is running for Polk County Sheriff. He’s getting a lot of support because of his popular “no speed cameras” platform. He’s also publicly stated that he’d remove Des Moines’s status as a “Sanctuary City,” fight the rampant gang infestation in our city, and be the “Constitutional Sheriff” this county needs. Recently he’s been chiming in with a call to “Drain the Swamp”, the slogan for the Trump campaign’s last minute effort to try to find an issue that doesn’t turn the stomach of more moderate voters.

There are some problems with these positions.

Polk County Sheriff Bill McCarthy is facing a strong re-election challenge from Sheriff’s Deputy Sgt. Dan Charleston, who wants to bring the “constitutional sheriff” movement to Iowa’s largest county. Some clips on the sheriff’s race are after the jump, along with the transcript of a positive television commercial McCarthy is running on Des Moines stations.

UPDATE: Added a radio ad for Dan Charleston below.