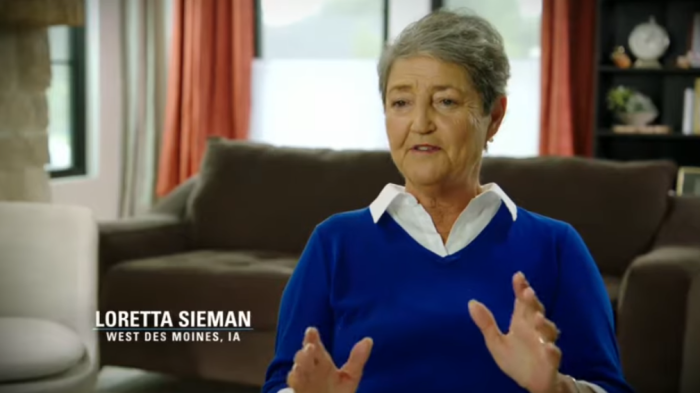 Industry-funded groups have recently spent more than a million dollars on television and online advertising in Iowa opposing Democratic plans to expand access to health insurance.

Some ads primarily focus on single-payer plans (often known as Medicare for All), which more than half a dozen presidential candidates are supporting. But Partnership for America’s Health Care Future has used its hundreds of thousands of dollars in the Des Moines market targeting more modest proposals to offer a “public option” on exchanges selling private health insurance policies.

Many central Iowa Democratic activists were surprised and upset to see Loretta Sieman, a longtime West Des Moines city council member, in one of the partnership’s commercials. Sieman spoke to Bleeding Heartland on September 11 about why she opposes the public option and why she agreed to appear in the ad, now in heavy rotation on YouTube as well as Des Moines broadcast and cable stations.