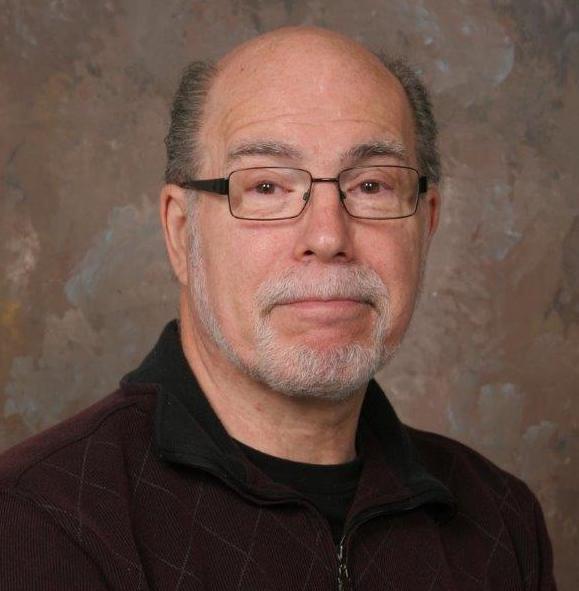 Dr. Martin Luther King, Jr., wrote in his 1963 book Why We Can’t Wait, “Suddenly the truth was revealed that hate is a contagion; that it grows and spreads as a disease; that no society is so healthy that it can automatically maintain its immunity.”

I was a vicious carrier of that disease, marked by the symptoms of fear, hatred, and bigotry. I carried and spread it as a contagion for 30 years as a Fundamentalist preacher. I took great pride in my views, even referring to myself from the pulpit as a “Bible Bigot”—as if intolerance based on scripture was morally acceptable.

In 1996, while serving as an interim pastor in a small Assembly of God Church in eastern Iowa, I experienced a depressive suicidal crisis. There is something to be said about the Buddhist practice of accepting suffering as a part of the human experience. My depressive episode opened me up to introspection. After treatment, I began a long process—taking two decades—involving paideia.

What’s on your mind, Bleeding Heartland readers? This is an open thread: all topics welcome.

Today’s Des Moines Register featured a front-page article by Kathy Bolten about the massive racial disparity in arrest rates across Iowa. The piece contained new analysis and statistics on a longstanding problem in our state. I’ve posted some excerpts after the jump. This database includes detailed from 41 Iowa law enforcement jurisdictions that “arrest blacks at a higher rate than people of other races.” Iowa-Nebraska NAACP President Betty Andrews noted that when blacks and whites are detained for the same alleged offenses, police are more likely to charge blacks. The American Civil Liberties Union found last year, “Iowa has the largest racial disparity in the country of arrests in marijuana possession, with blacks being more than eight times as likely to be arrested than whites, even though whites use marijuana at about the same rate […].”

Speaking of double standards, MacKenzie Elmer reported for the Des Moines Register last week that on October 3, an Urbandale police officer let Joni Ernst’s spokeswoman Gretchen Hamel get away with driving drunk. Knowing that an arrest would get her fired, he let Hamel off with a warning. I’ve posted excerpts from that piece after the jump too. Raise your hand if you think a non-white drunk driver who initially lied to the police would have received the same sympathetic hearing from an Urbandale cop. Less than a month later, Hamel was arrested in West Des Moines for OWI. Fortunately, she didn’t kill or seriously injure anyone in the meantime.

Hamel’s arrest occurred on October 29, and she resigned from the Ernst campaign the following day. Surely reporters covering the IA-Sen race would have noticed that Ernst’s primary press contact was gone. Yet the Register’s first report on the incident appeared on the newspaper’s website on November 6 and in print the following day. Republican blogger Craig Robinson breathed a sign of relief: “Can you imagine the mess this would have created for Ernst if it had gotten out before Election Day?”

The delay fueled some suspicions that the Register held back the Hamel story until after the election. Given Ernst’s margin of victory, this news could not have affected the outcome, but getting knocked off message in the final days could have been significant in a close campaign. On November 7, I asked the Register’s political reporters Jennifer Jacobs and Jason Noble when they noticed Hamel was gone and when they found out why.

After getting no response for two days, I took the same questions to the Des Moines Register’s Editor and Vice President Amalie Nash. She responded promptly,

Thanks for asking the question. We published the story on Gretchen Hamel’s arrest as soon as we were able to confirm it. We were aware she had exited the campaign and inquired with Joni Ernst’s staff as soon as we found out she was gone. We were told she submitted her resignation due to a “drinking incident,” but the campaign declined to release additional details. We continued asking questions of other sources until we were able to find out where the incident occurred and get details from the police department. As soon as we got confirmation of her arrest, we published a story.

I was confused about why it took the Des Moines Register so long to confirm Hamel’s arrest. Details about the case were posted on the Iowa Courts Online website on October 30 and 31. Searching for Hamel’s name would have allowed any Register employee to confirm the arrest in seconds. Furthermore, a major newspaper presumably has a staffer checking arrest logs on a daily basis. When two WHO-TV reporters were arrested for drunk driving in Des Moines this past summer, the Register had a story up with their mugshots less than three days after the incidents.

Nash responded to my follow-up question by saying, “We have staff checking [arrest logs] daily in Des Moines, but not all surrounding communities on a daily basis.” Hamel was arrested in West Des Moines and booked at the Dallas County jail. Nash later elaborated,

We received the tip that she may have been arrested on an OWI last Wednesday [November 5] and were able to confirm and publish with details by Thursday [November 6].

As I noted, we don’t do daily stops at the West Des Moines Police Department to check arrest logs. We get over there as much as we can, but do not have the staffing to make a daily visit.

It seems unlikely that political reporters who talk frequently with Republican sources would not have heard anything about Hamel’s arrest until seven days after the fact. And if that’s true, I wonder why Jennifer Jacobs and Jason Noble didn’t just say so when I first asked them about it. In any event, that’s the official explanation from the Des Moines Register.

UPDATE: Some Iowa politics-watchers have asked me why it matters when the Register covered Hamel’s arrest. Although Ernst was winning the IA-Sen race regardless, it matters if anyone at any level in the Register’s newsroom held back a story to preserve good relations with and access to people around the senator to be.

The Des Moines rumor mill says other area reporters had the story about Hamel’s OWI but decided against running it, period. We can debate whether it’s newsworthy that a campaign staffer was driving drunk. But Register Editor Amalie Nash takes a different position: the incident “was newsworthy, which is why we published a story as soon as we learned of her arrest.” It is frankly hard to believe that no one in the newsroom knew about that event before November 5.

P.S. I forgot to mention that Annah Backstrom, the Register’s “content strategist for politics,” also declined to answer my straightforward question about when staff at the newspaper found out why Hamel was no longer working for Ernst.

Government offices and many public school districts were closed today in honor of the Rev. Dr. Martin Luther King, Jr. Bleeding Heartland has compiled links about King to mark this day for the past three years, as well as on last summer’s 50th anniversary of the March on Washington. Here’s a new batch:

The civil rights leader was a fan of the “Star Trek” television series and persuaded Nichelle Nichols (Lieutenant Uhura) not to leave the show during the second season.

Thomas J. Sugrue on Restoring King: “There is no figure in recent American history whose memory is more distorted and words more drained of content than Martin Luther King.”

Daily Kos user HamdenRice on why Most of you have no idea what Martin Luther King actually did: “his main impact was his effect on the lives of African Americans, not on Americans in general. His main impact was not to make white people nicer or fairer.”

“We have come to the point,’ Dr, King said, “where we can say in the South to those who use violence against us:

“We will meet your physical force with soul force.

“Do to us what you will, and we still love you.”

P.S.-“Abigail Van Buren” published this quote from Dr. King in today’s “Dear Abby” column. It was new to me, but I agree with her that it “applies to many aspects of life”: “All progress is precarious, and the solution of one problem brings us face-to-face with another problem.”

When the question was put to Mr. Mandela in an interview for this obituary in 2007 – after such barbarous torment, how do you keep hatred in check? – his answer was almost dismissive: Hating clouds the mind. It gets in the way of strategy. Leaders cannot afford to hate.

Only about a tenth of one percent of people live into their 90s, and it’s phenomenal that Mandela lived to the age of 95 after suffering tremendous physical and emotional hardship during 27 years in prison. I wonder how much Mandela’s ability to rise above hatred, anger, and the desire for revenge contributed to his longevity. During the late 1990s, I had a chance to meet Keyan Tomaselli, a professor of media studies from South Africa. Having spent some time in the U.S., he felt that South Africa had a better chance of overcoming its racist past and identity politics than this country does.

Since news broke of Mandela’s death, many American politicians have reflected on the battle in Congress to impose U.S. sanctions on the South African government during the apartheid era. President Ronald Reagan supported the ruling regime, and many Republicans opposed the aspirations of the African National Congress, viewing Mandela’s group as a communist, terrorist organization backed by the Soviet Union. On Thursday and Friday, several Republican politicians posted tributes to Mandela on social media, only to see their comment threads littered with attacks on the commie terrorist. Steer clear of those threads if you don’t want to be depressed.

I wasn’t involved in the divestment movement, other than putting a “DIVEST” button on my backpack when I was in college during the 1980s. But I learned this week that as a college student, the future Iowa Democratic Party Chair Gordon Fischer was a leader of the drive to convince the University of Iowa to divest from South Africa.

Anyone who follows the Iowa legislature has frequent occasion to wonder how someone that ignorant got elected to the Iowa House or Senate. But every once in a while, a spectacularly clueless act grabs our attention. Last week a little-known first-term state representative made himself a contender for the title of Iowa’s most clueless lawmaker.

UPDATE: Not so fast–see today’s news, added at the end of this post.

To get the conversation started, I’ve posted some scary or disturbing news after the jump.