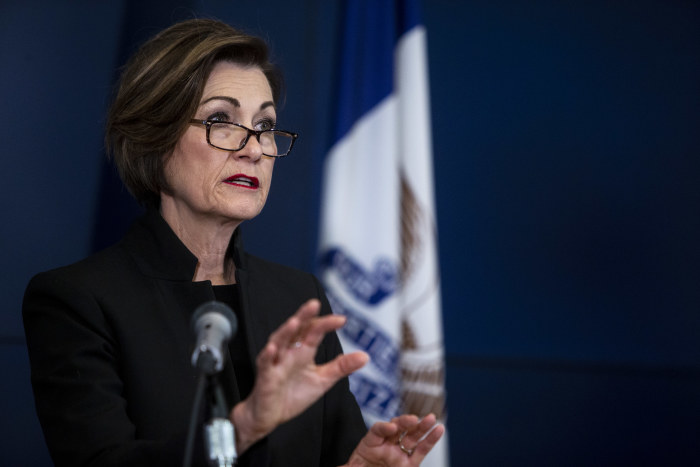 In what may be merely a coincidence, two stories related to Iowa’s U.S. Senate race made a big splash yesterday on national blogs and cable news networks as well as in local media.

In what may be merely a coincidence, State Senator Joni Ernst’s campaign released its first television commercial on the same day the 501(c)4 group Priorities for Iowa released a video drawing national attention to a gaffe by Democratic Senate candidate Bruce Braley.

In what may be merely a coincidence, several prominent Ernst supporters run that 501(c)4 group, which was created a few weeks after Ernst’s campaign launch.

It’s common nowadays for candidates’ campaigns to spend money spreading positive messages, while outside entities (political action committees, 501(c)4 advocacy organizations, or 527 groups) pay to get the best opposition research into the public sphere. But candidates are not allowed to coordinate messaging or timing with those outside groups.

I’m not saying someone from the Ernst campaign gave Priorities for Iowa a heads-up on when they were planning to release their tv ad. I’m not saying someone from Priorities for Iowa let Ernst staffers know ahead of time when they planned to drop their bomb on Braley. I’m just saying, the clip from a two-month-old speech by the Democratic candidate couldn’t have been released at a better time for Ernst to capitalize on her attention-getting “castration” spot.

Branstad's chief of staff Jeff Boeyink to step down

Governor Terry Branstad will be shopping for a new chief of staff for the first time since the 1990s. Jeff Boeyink announced today that he is stepping down for an unspecified private sector job, effective September 6. After many years with the conservative advocacy group Iowans for Tax Relief, Boeyink briefly served as executive director of the Republican Party of Iowa before leaving to manage Branstad’s 2010 gubernatorial campaign. After the 2010 election, Boeyink co-chaired the governor’s transition team, and he has served as chief of staff ever since.

I’ve posted the press release from the governor’s office after the jump. Note the careful mention of Branstad’s “potential” re-election bid, and the conspicuous effort to mention Lieutenant Governor Kim Reynolds’ name and title as often as possible. The governor’s re-election campaign has engaged in similar branding of the Branstad-Reynolds “team,” fueling rumors in some circles that Reynolds will become the last-minute gubernatorial candidate next spring.

The Des Moines Register’s Jennifer Jacobs listed some possible successors to Boeyink. The governor’s legal counsel Brenna Findley used to serve as Representative Steve King’s chief of staff before she ran for Iowa attorney general in 2010. David Roederer has long been in Branstad’s inner circle and now heads the Iowa Department of Management. Former Iowa GOP staffer Chad Olsen is currently chief of staff for Secretary of State Matt Schultz. Michael Bousselot has been advising Branstad on health care and other issues. Sara Craig was state director of Mitt Romney’s presidential campaign in Iowa before the 2012 caucuses. Matt Hinch has held many political jobs and is now senior vice president of government relations and public policy for the Greater Des Moines Partnership. I can’t imagine that Doug Gross would want to go back to the job he held nearly 30 years ago. Former Iowa GOP Chair Matt Strawn is busy with his new consulting and lobbying firm.