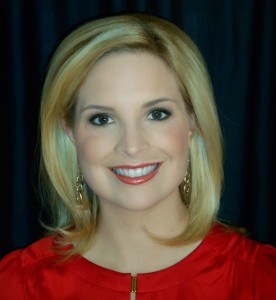 Republican State Representative Ashley Hinson used Planned Parenthood services when she first moved to the Cedar Rapids area and "couldn't get in to an OB/GYN for over a year," she told an audience in Linn County on Saturday. Hinson added that as any legislation defunding Planned Parenthood moves forward in the Iowa House, her "top concern" will be ensuring "we're not making it harder on anyone to get services" and that "services are available."

An Iowa Senate subcommittee convenes today to consider Senate File 2, which would create a state-run family planning program excluding Planned Parenthood as a provider. The new program would cost ten times as much for the same level of services, without any reliable funding stream.

Critics have noted that without Planned Parenthood clinics, Iowa does not have enough health care providers to absorb the demand for contraception services, well-woman care, and STD testing. KCCI-TV's Todd Magel reported last week that a list of other health care providers who could supposedly replace Planned Parenthood included a dentist's office, a high school nurse, and a homeless shelter in Des Moines. Democratic State Senator Janet Petersen commented yesterday, "What we’re looking at on the agenda in the Iowa Senate, they would make it easier for an Iowa woman to get a machine gun than a Pap smear."

Planned Parenthood funding came up during a League of Women Voters forum in Linn County on January 21. Democratic State Representative Todd Taylor was first to answer the question. He mentioned that many women rely on Planned Parenthood when they are unable to access other health care providers. Hinson spoke next; here's my transcript of her comments, beginning around the 48:55 mark.

I actually was in that situation. When I first moved to town here eleven years ago, I couldn't get in to an OB/GYN for over a year. And I did receive services from Planned Parenthood. So as a woman, I have taken advantage of that. And they were just run-of-the-mill services that any woman should have access to.

And so, I haven't seen an official bill that has yet to target Planned Parenthood. I do feel that we need to make sure if we are having this conversation--and I am in the Republican caucus--I think we typically tend to be a pro-life caucus, but we also need to be discussing the access to health care.

And so if, you know, as Representative Taylor recommended there, that we need to make sure we're not making it harder on anyone to get services. We need to make sure those services are available, and that will be my top concern in dealing with this bill as it comes forward in the Iowa House.

Here's the bill, Representative Hinson. All 29 Republicans in the Iowa Senate are co-sponsoring it, as Senate Minority Leader Rob Hogg pointed out when speaking after Hinson at the League of Women Voters forum.

Hinson has not responded to the following questions, which I submitted by e-mail two days ago:

1. Do you support Republican plans to create a new state-run family planning program, which would not recognize Planned Parenthood as a qualified provider?

2. Are you concerned that Planned Parenthood's Cedar Rapids clinic (which does not provide abortion services) may be forced to close if it loses funding from the Medicaid Family Planning Waiver?

3. Do you think other health care providers in the Cedar Rapids metro area could absorb the demand for contraception services, STD testing, or well-woman care currently provided by Planned Parenthood's clinic?

4. Do you support diverting funds from the federal Social Services Block Grant to cover a state-run family planing program in Iowa?

5. Are you concerned that the federal Social Services Block Grant may not be a reliable funding stream going forward?

Republicans hold 59 of the 100 Iowa House seats, and it's unlikely Hinson will be able to persuade enough of her colleagues to block legislative efforts to defund Iowa's leading provider of family planning services. Nevertheless, GOP lawmakers should be aware that one of their own is among tens of thousands of Iowans served by Planned Parenthood clinics when other providers were not accessible.