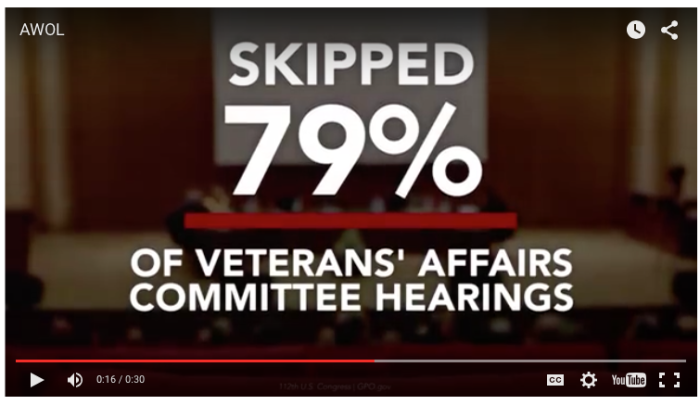 U.S. Senator Marco Rubio is treading on dangerous ground by continuing to avoid the Capitol when he already has missed more votes than most of his colleagues. Last week, he cast his first vote in nearly a month, then skipped several more roll calls to go back on the presidential campaign trail. Rubio apparently feels he can frame his poor attendance as a virtue. “Frustrated” by the ineffective Senate, he prioritizes running for president “so that the votes they take in the Senate are actually meaningful again.”

I doubt that argument will convince many politically engaged people, judging by comments I’ve seen in news accounts and on social media. It’s particularly ill-suited for Iowans, who have been primed to value a good attendance record and to view missed work in Congress as a major character flaw.

Iowa’s senior U.S. Senator Chuck Grassley has “the longest existing voting streak in Congress,” according to an analysis the Washington Post’s Philip Bump published in February. Remarkably, Grassley hasn’t missed a Senate roll-call vote since July 1993, when he was touring parts of Iowa affected by historic flooding. He has cast more than 7,000 consecutive votes in the 22 years since.

Grassley is proud of his voting record. He touted it early in his 2010 re-election campaign and cited the voting streak in television commercials to reinforce the message that “Grassley Works for Iowa.” Count on him to remind Iowans of his near-perfect Senate attendance during his quest for a seventh term next year.

Now listen to Rubio’s recent excuse-making, as compiled by David Fahrenthold of the Washington Post.

“I’m not missing votes because I’m on vacation,” he told CNN on Sunday [October 25]. “I’m running for president so that the votes they take in the Senate are actually meaningful again.”

Asked about his absences recently by Matt Lauer on NBC’s “Today” Show, Rubio said: “My ambitions aren’t for me. My ambitions are for the country, and Florida.” If he is elected to the White House, he added, “we can begin to fix some of these issues that I’ve been so frustrated we’ve been unable to address during my time in the Senate.” […]

He began missing votes. He skipped 10 percent of them in 2014 — making him one of the most absent senators, with the 88th-best attendance record, according to statistics kept by GovTrack.us. He began missing committee work, even on the subject he most identified with. In 2014, Rubio missed 34 of 68 committee hearings and meetings in the Foreign Relations committee, according to his office’s tally. […]

“For two years, we just tried to slow-dance and wait for the 2012 election,” in the hopes of winning a Republican majority, Rubio said. “And then, when that didn’t work out, we spent two years trying to position ourselves for ’14.”

Then Republicans did win a majority that year. But, Rubio said, he was still told to be patient. The majority was still too small to overcome Democratic filibusters or override presidential vetoes.

First-termer Rubio is sick and tired of it. He would rather ask voters for a promotion to the most powerful job in the country. If he thinks that will impress the Republican rank and file who are looking for a leader, I think he is delusional.

Rubio might need a refresher course in what Republican-aligned groups did to Democratic nominee Bruce Braley in Iowa’s 2014 U.S. Senate race. Braley was a hard-working House member with a strong record on veterans’ issues, but a drumbeat of radio and television commercials depicted him as indifferent to veterans’ concerns.

The Koch brothers front group Concerned Veterans for America launched this line of attack in late July 2014 with a television spot called “AWOL”:

My partial transcript: “Congress was warned, but Bruce Braley ignored it. He skipped an astonishing 79 percent of Veterans Affairs Committee hearings. He even skipped an important VA reform hearing to attend three fundraisers. When our veterans needed him, Bruce Braley was AWOL.”

Lauren Carroll of Politifact and D’Angelo Gore of Factcheck.org both exposed various false and misleading statements in that ad. But dark money kept flowing to keep various versions of the same message in front of Iowans throughout the general election campaign. Although Braley had done many things to support veterans as a U.S. House member, hundreds of thousands of dollars helped to create an image of the Democrat as a guy who didn’t show up for work. And Braley hadn’t even missed important votes on the House floor or committee meetings where bills were marked up. Those ads were based on missed Veterans Affairs Committee hearings.

Rubio hasn’t just missed Senate hearings. He has been absent when the Senate considered some major legislation, such as the defense budget for the current fiscal year and the measure that kept the federal government funded past September 30.

Recent Iowa polling puts Rubio in third or fourth place among likely Republican caucus-goers, but the Florida senator is far from having a solid claim to one of the traditional “three tickets” out of Iowa. I expect his habit of not showing up for work to figure prominently in direct mail and television commercials before the caucuses. Several presidential candidates who are competing for the establishment niche have well-funded super-PACs supporting them. For Iowa Republican audiences, Grassley’s work ethic provides a perfect contrast to Rubio’s apparent belief that Senate business is not the best use of his time.

Paid media hitting Rubio on missed votes could seep into earned media (news coverage and analysis of the campaign), as happened to Braley in last year’s Senate race. Communications research on agenda-setting has demonstrated that news reports don’t tell people “what to think,” but can tell them “what to think about.” Studies of priming have shown that in the context of an election campaign, media coverage of a certain issue can influence voters to evaluate candidates on that issue.

My unsolicited advice to Rubio: stop pretending like representing your constituents is a burden, and get back to Washington when bills come to the Senate floor.

UPDATE: The Orlando Sun-Sentinel’s October 27 editorial calling on Rubio to resign will be great material for an attack ad.

Rubio has missed more votes than any other senator this year. His seat is regularly empty for floor votes, committee meetings and intelligence briefings. He says he’s MIA from his J-O-B because he finds it frustrating and wants to be president, instead. […]

Sorry, senator, but Floridians sent you to Washington to do a job. We’ve got serious problems with clogged highways, eroding beaches, flat Social Security checks and people who want to shut down the government. […]

You are paid $174,000 per year to represent us, to fight for us, to solve our problems. Plus you take a $10,000 federal subsidy — declined by some in the Senate — to participate in one of the Obamacare health plans, though you are a big critic of Obamacare. […]

By choosing to stay in the Senate and get the publicity, perks and pay that go with the position — without doing the work — you are taking advantage of us.

SECOND UPDATE: I did not realize that two senior Rubio operatives worked on Ernst’s 2014 campaign and personally pushed this argument against Braley. Jason Seher reported for CNN on October 29,

“Iowans were inundated with messages highlighting Braley’s missed votes,” a Republican political consultant in Iowa told CNN, who spoke on condition of anonymity to openly discuss the strategy executed by the pair of Rubio operatives who engineered Ernst’s campaign. “It was a devastating blow to his campaign here.”

Social media from the time paints Ernst’s operation — featuring Harris and Conant — frequently slamming their opponent for skipping out on his congressional duties.

Click through for examples of Harris or Conant using Braley’s attendance record against him. The unnamed “Iowa political consultant” goes on to tell Seher that Rubio should be worried, especially because of the “devastating” Sun-Sentinal editorial calling on him to resign. Although that consultant probably has an axe to grind (I assume he or she supports a rival presidential campaign), I agree that in the long run, ads highlighting Rubio’s poor attendance can hurt him badly. It’s one thing to fend off Jeb Bush complaining about missed votes during a debate; many Republicans don’t like Bush anyway. When tv and radio commercials repeatedly put this issue in the minds of Iowa caucus-goers, Rubio won’t be able to brush off the criticism so easily.

THIRD UPDATE: Several people have suggested to me this week that voters won’t care about these missed votes. However, Rubio seems to have gotten the message. Mackenzie Ryan reported for the Des Moines Register on October 30,

Marco Rubio canceled a lunch campaign event in Council Bluffs on Friday to vote against the Senate budget bill, his campaign said.

Senators voted 64-35 to approve the legislation shortly after 3 a.m.