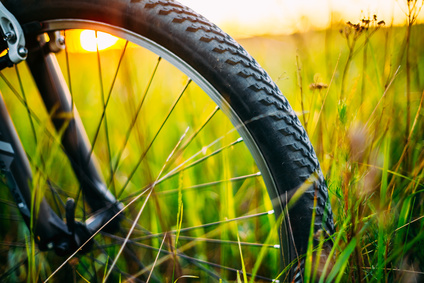 After two straight years of taking bicyclists across northern parts of the state, the Des Moines Register announced this evening that the Register's Annual Great Bike Ride Across Iowa (RAGBRAI) will cross southern Iowa from July 24 to 30. The route starting in Glenwood and ending in Muscatine will take riders "419.9 miles (third-shortest in the event’s 44-year history), with a total climb of 18,488 feet (making it the 24th flattest)."

Full details on the 2016 route are on the official RAGBRAI website. After the jump I've listed the overnight stops, along with daily mileage totals and feet of climb and some political trivia about places riders will visit this summer.

On Sunday, July 24, RAGBRAI begins in Glenwood (Mills County). Riders will travel to Shenandoah (Page County), the home town of the Everly Brothers. Some years, the first day of RAGBRAI is the most hilly, but not this year: 49.7 miles with 2,614 feet of climb.

Monday, July 25, Shenandoah to Creston (Union County): 75.2 miles with 3,994 feet of climb. I never knew that Creston "gets its name from being the 'crest between the Missouri and Mississippi rivers." To Iowa politics junkies, the best-known native of Creston is Jeff Angelo, currently a talk radio host. As a Republican state senator, Angelo co-sponsored a state constitutional amendment to ban same-sex marriage, which failed by one vote in the Iowa Senate in 2004. He had a change of heart sometime after retiring from the state legislature in 2008 and publicly criticized the marriage amendment when House Republicans voted to ban same-sex marriage in early 2011. Later the same year, Angelo created the Iowa Republicans for Freedom movement to encourage support for marriage equality within the GOP.

Tuesday, July 26, Creston to Leon (Decatur County): 58.5 miles with 3,318 feet of climb. The last time RAGBRAI passed through Leon, Leonard Boswell (whose farm is nearby) was still representing Iowa's third district in the U.S. House.

Wednesday, July 27, Leon to Centerville (Appanoose County): 65.1 miles with 2,708 feet of climb. One of these years I need to get to Centerville for Pancake Day. The economic boost more than 10,000 bicyclists bring to RAGBRAI towns will be welcome in Appanoose County, which has the lowest per capita income in Iowa, according to the Census Bureau's American Community Survey.

Thursday, July 28, Centerville to Ottumwa (Wapello County): 53.2 miles with 1,999 feet of climb. The RAGBRAI site notes that Ottumwa is the hometown of both Tom Arnold and the fictional character Radar from M*A*S*H. Bleeding Heartland readers may be more interested in my favorite bit of political trivia about Wapello County. It's the only one of Iowa's 99 counties that voted both for John F. Kennedy in 1960 and for Bonnie Campbell in the 1994 gubernatorial election.

UPDATE: I can't believe I forgot to mention that Republican State Senator Mark Chelgren, a longtime regular RAGBRAI rider known as "Chickenman," now hails from Ottumwa. He was first elected to represent the Iowa Senate district including most of Wapello County in 2010 and wwon a second term in 2014. Chelgren is the only declared GOP challenger to Representative Dave Loebsack so far in Iowa's second Congressional district.

Friday, July 29, Ottumwa to Washington (Washington County): 68.5 miles 2,541 feet of climb. The Register noted that "Washington was twice voted among the best 100 small towns in America." Bleeding Heartland readers may know it better as the home town of former State Senator Sandy Greiner. I'm no fan of Greiner's politics; she was "the Iowa chairwoman of the American Legislative Exchange Council for 14 years" and later the president of the 501(c)4 "dark money" group American Future fund. However, I'm a huge fan of the fact that Greiner retired in 2014. She would have been re-elected for sure, leaving the Iowa Senate deadlocked with 25 members from each party. But Democrat Kevin Kinney won the seat Greiner left open, preserving the Democratic majority in the upper chamber for at least two additional years.

Saturday, July 30, Washington to Muscatine (Muscatine County): 49.7 miles with 1,314 feet of climb. Muscatine is the largest population center in Iowa Senate district 46, which should be a hard-fought race this year between first-term Democratic State Senator Chris Brase and GOP challenger Mark Lofgren, a former two-term Iowa House Republican. Lofgren retired from the legislature in order to run for Congress in 2014, but he lost the Republican primary in Iowa's second district to Mariannette Miller-Meeks. Bleeding Heartland will profile the Senate district 46 race sometime after the Iowa caucuses.

Bad news for RAGBRAI riders: partly because of its location in a basin and partly because of major corporate polluters, Muscatine has long been one of the worst cities in Iowa for air quality. Here's hoping weather conditions provide for relatively fresh air in late July.