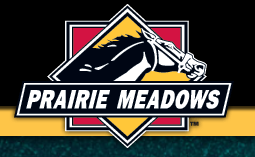 The question – on the surface — is quite simple: Is Prairie Meadows a for-profit business from which the federal government is entitled to collect taxes, or is it a social welfare organization whose goals include improvement of the community through grants and to “lessen the burden on government” for taxpayers with direct payments from the facility’s net profits from gambling?

Prairie Meadows officials remain silent on what specifically they’ve been told by the IRS as to their decision to revoke the tax-exempt status. Board officials recently have promised to release the IRS letter outlining their objections when the board’s response to the IRS is submitted. Right now, the deadline for that response is Saturday, but can be extended.

So while we wait let’s explore how Prairie Meadows operates and why the IRS may be taking this position.

First, a word of explanation about nonprofits exempted from federal taxation as social welfare organizations. According to IRS regulations, these non-profit groups must be formed “primarily to further the common good and general welfare of the people of the community (such as by bringing about civic betterment and social improvements).”

These types of organization became much more significant after the U.S. Supreme Court’s controversial decision in Citizens United, which opened the door to large and secret donations from corporations as well as wealthy benefactors to finance independent contributions into political campaigns. Among the first beneficiaries of that decision were the groups that ousted three members of the Iowa Supreme Court from the bench for overturning a state law limiting civil marriage to a man and a woman.

Two (c)(4) groups – AFA Action Inc., an affiliate of the Tupelo, MS, based American Family Association, and the National Organization for Marriage, based in Washington, D.C. – poured more than $1 million into the successful campaign against Justices Marsha Ternus, David Baker, and Michael Streit. Persons and groups contributing to those organizations have not been disclosed, although former House Speaker Newt Gingrich claimed credit for making a large donation through AFA Action prior to his attempt in 2012 to become the Republican candidate for president.

Following the Citizens United decision, applications from organizations seeking the (c)(4) designation inundated the IRS. That also resulted in the controversy over whether the IRS was attempting to keep conservative groups from obtaining the exemption.

Prairie Meadows is one of only two gambling operations (the other is in Dubuque) with this tax-exempt status. Prairie Meadows also has been registered as a non-profit under Iowa law – a requirement for obtaining a state license – since 1984, records show.

News speculation has mostly centered on how much money Gary Palmer, the Prairie Meadows president, and his administrators are paid. Palmer received more than $600,000 in 2013, according to the organization’s 2014 tax return.

But that reason seems pretty flimsy. The IRS has reviewed a lot of 501(c)(4) organizations who pay their administrators a lot more. For example, Wayne LaPierre, the National Rifle Association’s chief executive and executive vice president, received close to $1 million, according to the NRA’s 2013 tax return, and the NRA’s treasurer, Wilson Phillips Jr., received $2.8 million. Addison Rand, the chief executive officer for American Association of Retired Persons (AARP), received $1.6 million in 2014 and that was only for eight months before his retirement, the AARP 2014 tax return shows.

What seems more likely is what Prairie Meadows officials have already disclosed: That the IRS simply believes the casino and racetrack’s “primary activity is carrying on a business with the general public in a manner similar to organizations operated for profit.”

Discussions with several political and legal experts familiar with non-profit issues pointed at least two “red flags” that could well have prompted the IRS to change its mind.

–Pursuit of support from Des Moines city officials and other cities to maintain its monopoly status in Polk County by offering to share gambling profits on a percentage basis. At the time, Des Moines businessman Gary Kirke and partners were attempting unsuccessfully to get a casino somewhere in the Des Moines metro area — Urbandale, Ankeny or Warren County. The initial agreement — reached in 2004 — introduced the business concept of sharing revenues based on profits as opposed to providing grants from a non-profit. In 2011, Des Moines city officials extended the agreement through 2018 in exchange for their continued promise not to support any referendum to approving another gambling facility.

–Construction of a $32 million hotel as well as a conference center. Casino officials insisted that the lack of a hotel and meeting rooms at Prairie Meadows acted to limit its ability to draw a greater market share and was a necessity to compete in the casino industry. “We were probably the only casino in the country without a hotel,” Palmer told the Des Moines Register just before the hotel’s opening in 2012.

So, here is what the IRS likely sees: Prairie Meadows fighting to keep its monopoly position in Polk County and spending millions to improve its facilities to improve market share to generate greater profits. Does that sound like a business or a non-profit?

In response, casino officials justifiably will list the large amounts of money contributed to local governments, schools, and other charities over its 27-year history. On top of the list will be more than $516 million paid by Prairie Meadows to Polk County for use of the county-owned track and casino facility. Those proceeds, among other things, are paying off the majority of debt on the $217 million Iowa Events Center completed in 2005. In addition, casino proceeds have paid more than $800 million in state gambling taxes, $76 million in community betterment grants, and $41 million to the city of Des Moines.

Under its current contract, the casino annually pays Polk County roughly $26 million that is spent on the event center bonds as well as other capital projects. In 2015, the casino paid out about $20 million in grants to various charities and institutions. That amount would have dropped to $5.5 million if the casino had been taxed as a for-profit corporation.

That kind of money clearly has lessened the burden on local governments as well as helped a plethora of charities, schools. and civic organizations – the very definition of helping social welfare.

So what’s going to happen?

If Prairie Meadows loses in its attempt to keep its non-profit status, an appeal will be filed with IRS, which will hold a formal administrative hearing overseen by an administrative judge. That decision can be appealed to one of three courts – U.S. Tax Court, U.S. Claims Court, or the U.S. District Court – likely in Washington D.C. And, of course, those decisions can be appealed to the federal appeals court and the U.S. Supreme Court.

“There likely would be a pretty extended period of time before this will be resolved, but we will have to see,” Tom Flynn, legal counsel to the casino.

But there have been times when the IRS has backed off attempts to start taxing what many would consider questionable deductions or exemptions.

French’s company, a semitrailer-truck sales company in Des Moines and Omaha, had claimed a $145,000 deduction in 1996 after making the contribution to help finance the construction of Iowa State’s new press box and 16 skyboxes. The deduction was claimed as a charitable educational deduction to Iowa State.

The challenge sent shockwaves through the world of intercollegiate athletics, which receives millions of dollars from individual and corporate boosters, who then deduct a large percentage of those contributions from their income taxes. In effect, the federal taxpayer subsidizes all of college athletics.

French won the IRS tussle in 1999, but not until Frank Broyles, then the University of Arkansas athletic director and a friend of then-President Clinton, met with IRS officials at the request of the White House. At that time, athletic officials said the exemption was necessary to help colleges and universities complete construction and major renovation projects throughout the country.

That raises yet another interesting question: Just where are Republican U.S. Senators Charles Grassley and Joni Ernst and U.S. Representative David Young on this issue and what, if anything, do they intend to do anything to help preserve the casino’s non-profit status and the stream of millions of dollars to local charities and governments?