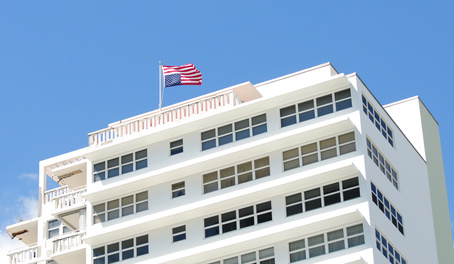 Using a flag to express a political view is protected speech

A Calhoun County judge has dismissed a short-lived criminal case that never should have been filed. Homer Martz was arrested last week and charged under Iowa's flag desecration statute, because he "flew a U.S. flag upside down under a Chinese flag." An upside-down flag is a widely recognized distress signal. Martz was protesting the Dakota Access (Bakken) pipeline, which will run near his Calhoun County home.

Trouble is, U.S. District Court Judge Robert Pratt ruled in December 2014, "Conduct involving the American flag has long been recognized by the United States Supreme Court as expressive communication that falls within the protection of the First Amendment." Click here for the full opinion in that case, brought by the American Civil Liberties Union of Iowa on behalf of Westboro Baptist Church members who had dragged the flag on the ground while trying to disrupt military funerals.

Calhoun County Attorney Tina Meth Farrington filed a motion to dismiss the charges Monday, saying that she read the 2014 federal ruling and concluded she shouldn't pursue the charge.

"The Legislature should take immediate action to repeal this law so that other citizens and law enforcement are not caught in this type of situation again," she said.

Calhoun County Sheriff William Davis said at the time Martz was arrested, he and the two arresting officers were unaware the law had been struck down.

When I was growing up, flag protection laws and constitutional amendments were a salient topic, as Republicans exploited a tiny number of flag-burners on the left in search of a wedge to use against Democrats. In recent years, some conservatives have displayed upside-down flags to protest President Barack Obama or his policies. On a busy corner in Windsor Heights, an upside-down flag flew for several weeks in late 2014, presumably to communicate the homeowner's view of the president's executive orders on immigration policy.

We can debate whether an unconventional flag display is an effective tool for political persuasion. But no matter how deeply offensive the message may be to some Americans, there is no legal recourse against those who use or abuse a flag to make their point.