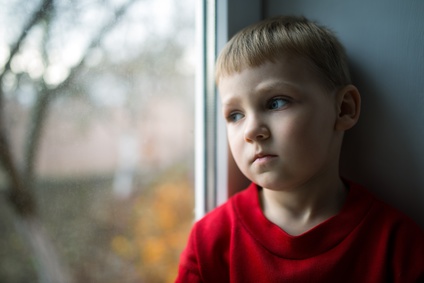 Failing Iowa’s Children: The shortcomings of welfare reform and the path forward

Austin Frerick, an Iowa native and economist who has worked at the Institute for Research on Poverty and the Congressional Research Service, examines state assistance to poor children 20 years after federal welfare reform. -promoted by desmoinesdem

Nine-year-old Kaylie moved into a cheap motel after her mother got evicted. They have no refrigerator. Kaylie retrieves ice from the ice machine and fills the sink with it to keep the milk cold. When they have milk. Kaylie is just one of the approximately 110,000 Iowa children living in poverty, up 44 percent since 2000. Frontline profiled Kaylie and several other poor Iowa children in the acclaimed episode “Poor Kids.”

This year marks the 20th anniversary of President Clinton’s Welfare Reform. Prior to the reform, any poor mother and child in this country received a monthly subsistence check. This law changed that. It destroyed that safety net. It removed this promise and left states free to almost eliminate welfare. Politicians promised innovation by devolving power to states on the premise that they would come up with new ways address poverty but that never happened (Iowa’s last innovation meeting occurred in 1996). They promised it would get poor mothers back to work, but the programs proved ineffective (Iowa allocates less than 6% of funding to job assistance).

Most welfare dollars don’t even go directly to poor children anymore. Most states, including Iowa, use this money to supplement funding elsewhere. Twenty years later, there are now more poor kids receiving less support. We have let the bottom fall even further for our most vulnerable.

Iowa should abandon its current failed welfare system and instead enact a Social Security program for all of its children. This idea builds on the simple notion that parents know what is best for their children, and it would remove layers of ineffective bureaucracy.

What did Welfare Reform do?

The 1996 welfare reform law (The Personal Responsibility and Work Opportunity Reconciliation Act of 1996, P.L. 104-193) replaced the Aid to Families with Dependent Children (AFDC) cash welfare program and several other related programs with the Temporary Assistance for Needy Families (TANF) block grant. According to researchers Barry Lester, Lynne Andreozzi, and Lindsey Appiah, states now use these funds as they see fit to achieve these four goals:

1. Provide assistance to needy families so that children may be cared for in their own homes or in the homes of relatives

2. End the dependence of needy parents on government benefits by promoting job preparation, work, and marriage

4. Encourage the formation and maintenance of two-parent families

TANF is best known for funding state cash welfare programs for low-income families with children. However, in 2012, cash welfare represented only 29% of TANF funds. Figure 1 shows the total TANF spending by area. Core welfare reform activities represent just half of the spending. The “other” category has grown over time and has become a catch-all. For example, Louisiana uses its other dollars to pay for college financial aid while Connecticut uses some of its funds to pay for addiction services for non-custodial parents. It appears that states have used the flexibility of this grant to redirect a substantial portion of it to other purposes such as to fill state budget holes and to substitute for existing state spending in some cases.

The redirection of these funds has meant fewer available funds for the cash support component. In March 2013, the cash welfare caseload stood at 1.8 million families. The caseload is down nearly 66% from its pre-reform levels. Figure 2 shows this drastic decline. This decline in families receiving cash assistance does not mean there has been a decline in poor families; far from it, this decline reflects program changes that have resulted in fewer families receiving the assistance they need. The late 1990s boom undoubtedly caused the caseload figure to drop. It, however, hardly increased with the early 2000s recessions or even the Great Recession.

Cash assistance is covering less and less families, and not by accident. Recipients are now limited to a 60-month lifetime limit with exceptions in hardship cases (only about 217 Iowa families currently have a hardship exemption). The move to a block grant also means when the money is gone, it’s gone regardless of need. Figure 3 shows the funding for TANF block grant since 1997, including supplemental appropriations. The amount each state receives is based upon its historical expenditures in the early to mid-1990s within TANF’s predecessor programs. Congress has not increased this amount since TANF’s creation. It has not been adjusted for inflation changes in a state’s circumstances such as its cash welfare caseload, population, or number of poor children. Iowa’s is set to its 1994 level.

Congress and President Clinton believed that devolving power to the states would lead to innovation in addressing child poverty. In particular, the law requires every state to submit a new plan for how it uses these funds every three years. In theory, states would convene an advisory group of experts every 3 years to devise the best strategy for tackling their childhood poverty. Yet, this never happened. Iowa's advisory group last met in 1996. According to the most recent Iowa report, “Although the Advisory Group and the individual work groups no longer meet, the TANF program as it exists today is, in large part, a product of recommendations from those original work groups.” No wonder the promised innovation never came; we are still using a 20-year old plan.

Iowa actually reformed its welfare program before the Federal government in 1993. Iowa calls its cash assistance program the Family Investment Program (FIP). Our typical FIP recipient is a single, 20 to 29 year old, high school educated or equivalent, Caucasian female with two children. In 2014, 13,233 families received FIP, yet 49,675 families lived in poverty. This means that only 27 families statewide received cash assistance for every 100 families in poverty, which is about the national average. Furthermore, in 1996, the average single parent of three children received $426 in cash assistance. This amount has not changed in twenty years. This is a 34.5% decline when you adjust for inflation. Since welfare reform, poor Iowa families receive less aid and those that do receive aid get less than they used too.

Iowans wanting assistant must submit a written application to the Department of Human Service (DHS) office for their county. The initial application process requires a telephone or face-to-face interview with a DHS income maintenance worker or other representative. This process has to happen every six months to continue in the program. The state removes recipients from the program for things like pursing any degree beyond a Bachelors’, participating in a strike, or having a car deemed too expensive.

It’s even more difficult to understand how Iowa even uses its TANF money. It is not transparent and the documents that do exist contain few details. Table 1 lists Iowa’s TANF expenditures in 2015. Column 1 lists the funded programs. Column 2 lists the federal funding amount and column 3 the state amount. Column 4 sums the total of the state and federal and the last Column shows the proportion of that program spending to the total.

Most of it appears to be directed at general state agencies like “Child Welfare Services” or “Services for Children and Youth.” This is not to say that non-cash assistance for welfare doesn’t work. The problem is that it appears to be supplementing existing state spending with little thought given to its use. The narrative of welfare reform is ‘welfare to work’ yet only 6% of funds go towards helping those on welfare get work. Furthermore, the restructuring of the American economies in recent years makes assistance and job training especially important for rural families headed by women.

How should we fix it?

I am no stranger to the sad state of welfare; in my first job, I assisted with a nonpartisan Congressional report on it. Yet, these figures constantly shock me as I they remind me of stories like Kaylie. Iowa’s inability to fix this failed program is a decision itself. We have let the safety net for our most venerable children rot. We need to start by saying that welfare reform failed. We have more poor children receiving less help. The promise of innovation never came. Yet, it does not have to be this way. We can help Kaylie and the other 109,999 Iowa children living in poverty right now. We don’t need to wait for Congress to act. Welfare reform started with states like Iowa whose actions prompted the federal government to act.

I propose that we enact a universal child allowance. President George W. Bush actually proposed something similar. The guardian of every child, regardless of their income, would receive a monthly check to pay what they see as fit to help their child thrive. Given the important of a child’s first few years, those under six would receive higher amounts. We can pay for it by consolidating TANF and the child tax credit while eliminating special tax breaks.

A universal program removes all the registration barriers that an income limited program entails and removes the tension between those that get it and those that don’t. Think of it as social security for our most valuable resource. Let’s enact it in this upcoming session. Why not lead the next national reform movement? We led the way to a mistake so let’s lead the way to its correction.