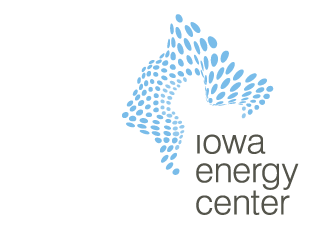 During the first week of December 2015, an unexpected political scandal went out with a whimper as the Iowa Energy Center and the Center for Global and Regional Environmental Research finally received the remittances the Iowa Utilities Board had collected on their behalf from gas and electric utility companies. For many years, the board had transferred those funds without incident, as stipulated by state law. But in her first year as Iowa Utilities Board chair, Geri Huser took the "unusual, perhaps illegal, step of withholding funding [...]."

Huser's power play was aimed at the Iowa Energy Center affiliated with Iowa State University. (Its leaders denied her unsupported claim that they had refused to provide sufficient financial information to the board.) Because funds for both centers are calculated and released at the same time, the unprecedented board action also delayed resources for the Center for Global and Regional Environmental Research at the University of Iowa. Huser backed down a week after Ryan Foley of the Associated Press exposed the controversy to a wider audience.

Having heard nothing about the energy centers' funding lately, I reached out this week to Iowa Utilities Board communications director Don Tormey. He sent documents showing that in accordance with the usual formula for splitting the remittances, the board disbursed $4,123,150.49 to the Iowa Energy Center and $727,614.79 to the Center for Global and Regional Environmental Research. The board sent warrants (paper checks) using regular mail, as had happened in 2015 for reasons I still don't understand. Before last year, the board typically transmitted those funds via wire transfer.

Communications staff at the state universities confirmed that the energy centers received checks in the mail last month for $4,123,150.49 and $727,614.79, respectively. Those totals comprise the remittances from utility companies but not the interest accrued on those funds. John McCarroll of Iowa State University noted, "In the letter with the check, IUB said they will be forward[ing] the interest payment in June 2017 as they close out the fiscal year. This is how they handled the interest in 2016."

The board has faced criticism on other fronts this year after approving the Dakota Access (Bakken) pipeline and allowing its construction to commence this summer, when Dakota Access did not have all applicable federal permits. Pending lawsuits are challenging the board's authority to use eminent domain for the pipeline, saying a 2006 Iowa law does not allow a company that isn't a utility to condemn farmland. It would have been foolish for Huser to stir up more trouble by flexing her muscles at the energy centers' expense again. Also possibly relevant: former Iowa Energy Center executive director Mark Petri, with whom Huser had tangled, left Ames this summer to take a new job as director of the Critical Infrastructure Resilience Institute at the University of Illinois at Urbana-Champaign.